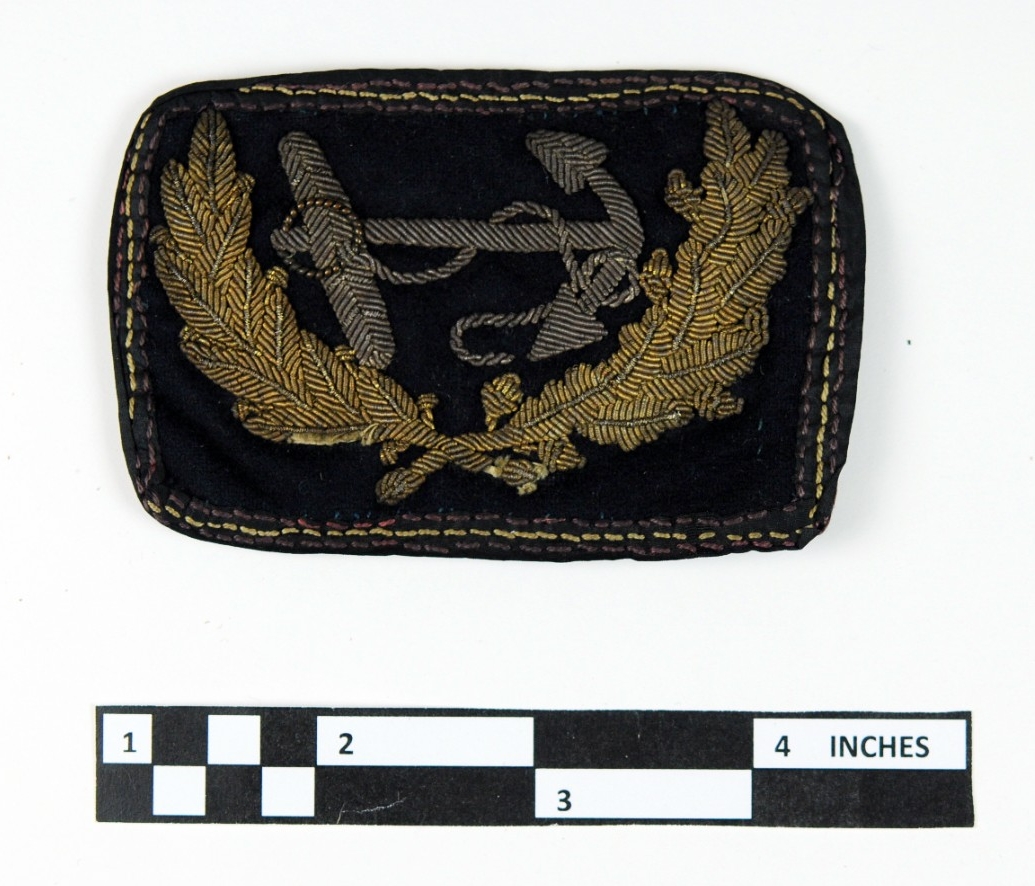 One Civil War-era Lieutenant cap device. The back is dark blue wool cut into a rounded rectangle. The device has one silver foul anchor surrounded by a gold embroidered wreath of oak leaf.

This cap device adhered to the regulations stipulated in the Navy Uniform Regulations of 1852. It purportedly belonged to Commander Jonathan Mayhew Wainwright II, Commanding Officer of the Union side-wheel steamer USS Harriet Lane.

This cap device was donated by the Wainwright family. According to family lore, this device was taken by a crewmember prior to abandoning ship and eventually returned to the family. If the family lore is true, it is unknown why a cap device for a Navy Lieutenant was found on Commander Wainwright. 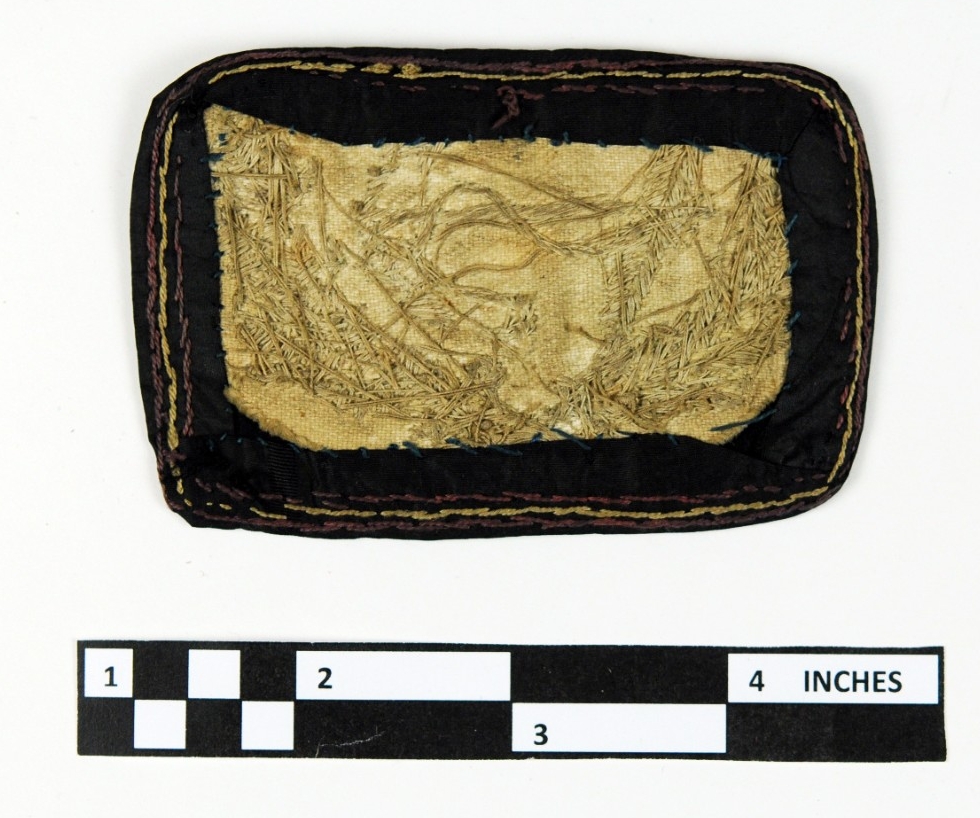