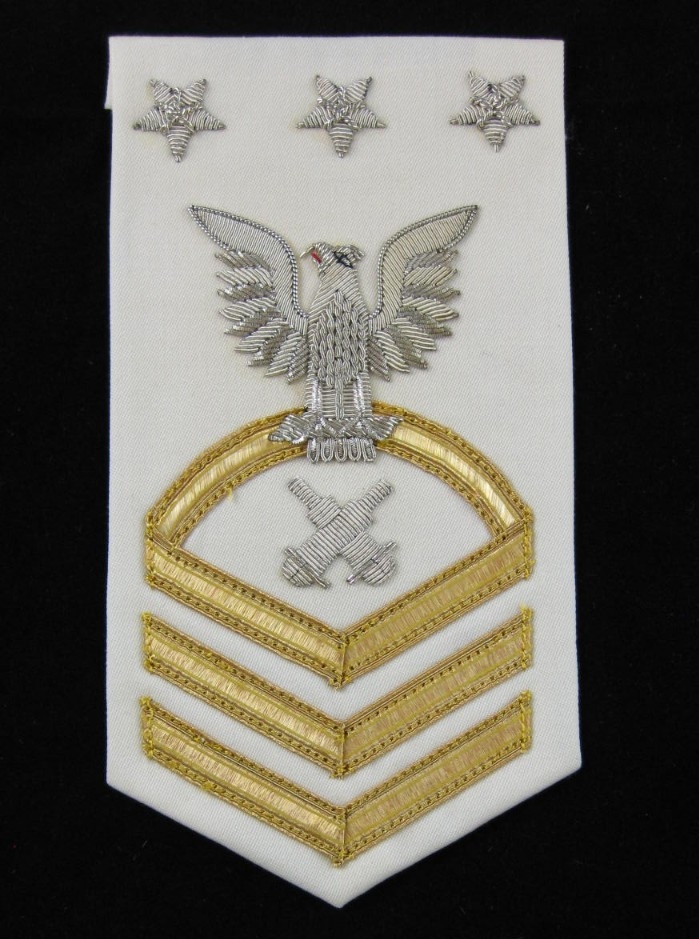 As the first MCPON, there was no established insignia to identify his rank. Like the cap insignia on his combination cap, Black altered his previous Chief Gunner’s Mate sleeve insignia by adding a third star above the eagle to create an insignia identifying the Master Chief Petty Officer of the Navy as the senior enlisted rank in the US Navy.

In 1971, the individual rating specialty marks for the MCPON was replaced by an inverted star. 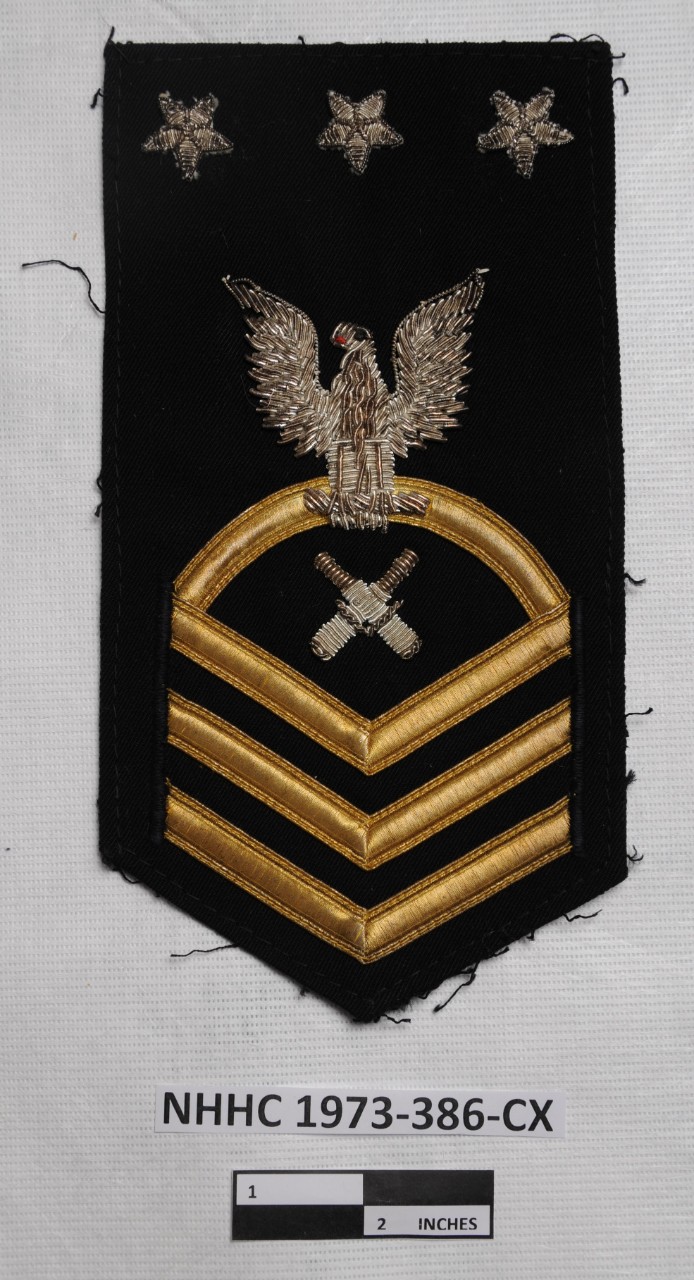