The United States Naval Academy (USNA) began accepting women as Midshipmen in 1976, after Congress authorized the admission of women to all of the service academies. The prospective class of 1980 included 81 women among the 1300 entering freshman, known as "plebes". Four years later, 55 of those women graduated and commissioned in the Navy and Marine Corps. The first female Midshipmen were assigned the fleet’s full dress uniform. Drill uniforms included a skirt, stockings, and heels. Difficulty carrying out marching drills and exercises in three-inch heels lead the Navy to cut them off the shoes, resulting in further problems and injuries. The Navy then issued flat shoes similar to those worn by male Midshipmen. Uniform regulations from the early 1980s listed slacks and handbags as “prescribable items”, authorized for wear with the basic uniform at the individual’s discretion. The Navy also authorized female Midshipmen to wear basic gold ball earrings.

Midshipmen were authorized to wear the Service Dress Blue uniform (pictured above) year-round at all official functions where the civilian equivalent dress was coat and tie. The full uniform for female Midshipmen included a coat, shirt, skirt (trousers were part of prescribed uniform), cap, shoes, brassiere, underpants, hosiery, slip, necktie, and ribbons. 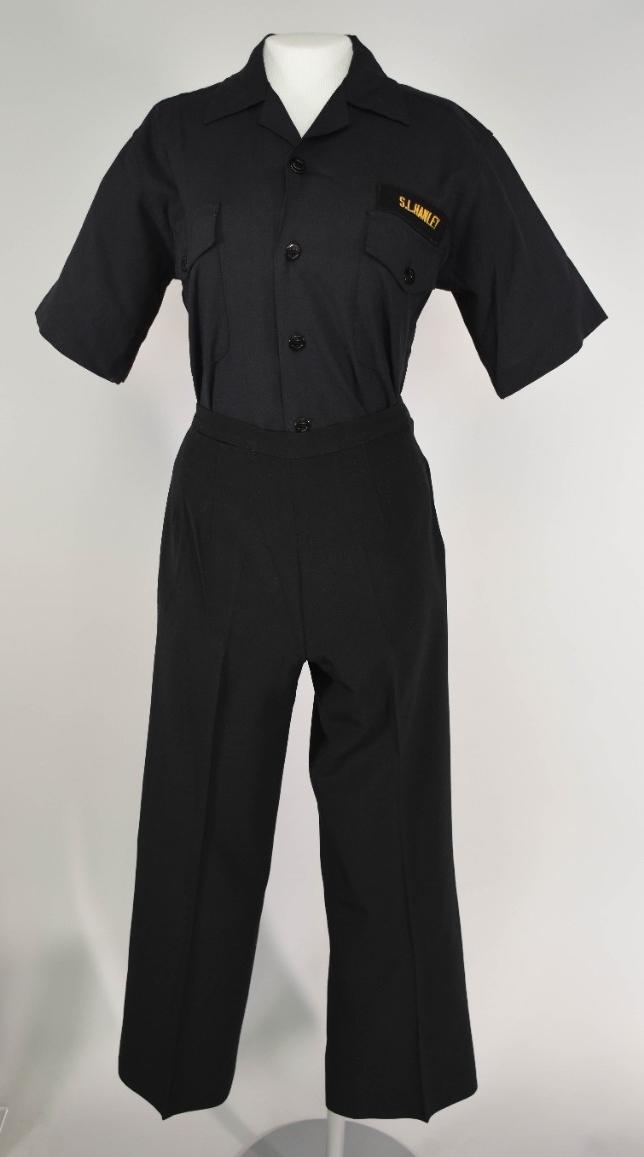 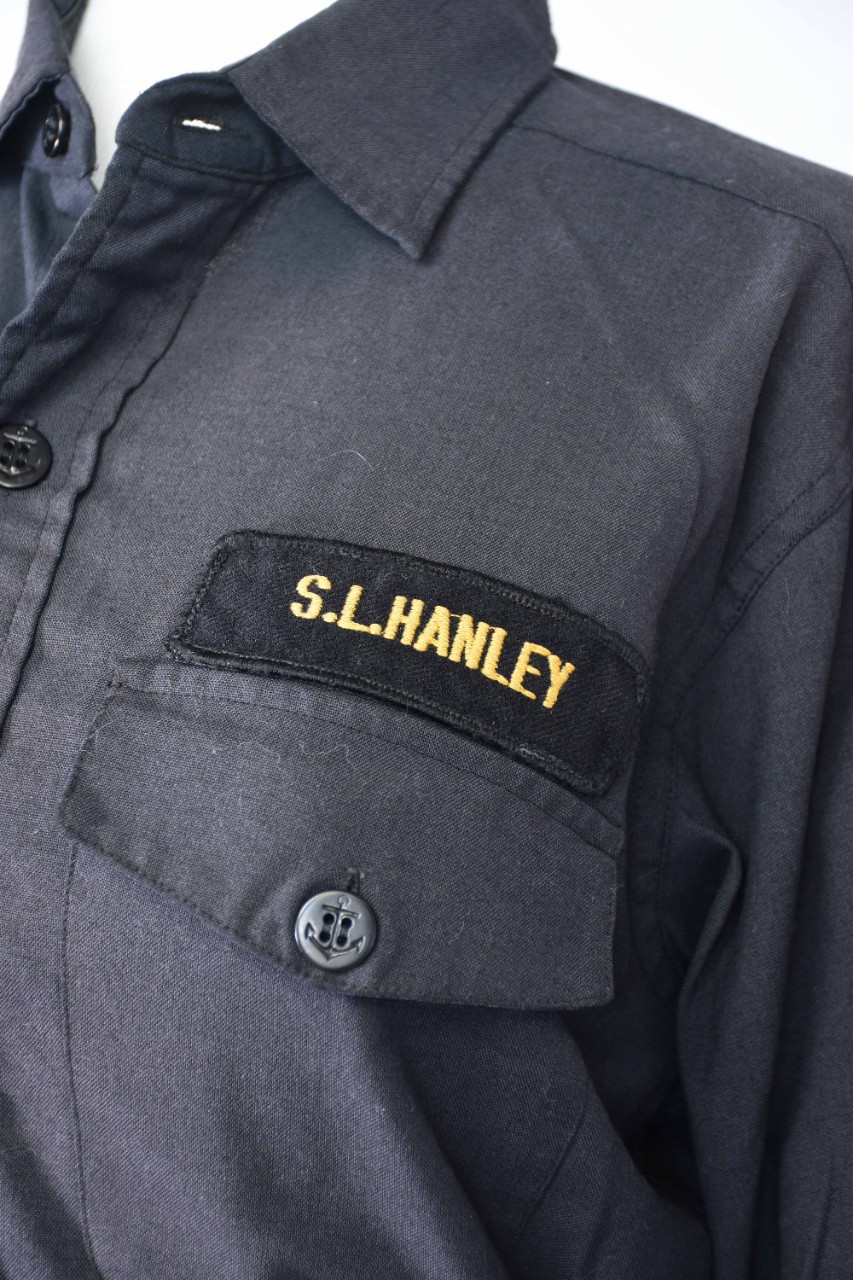 Per 1980s Navy Uniform Regulations, both male and female Midshipmen wore Winter and Spring Working Blues when attending classes or appointments with Company and Battalion Officers, and within their own quarters, citing “Midshipmen may relax their uniform only when in their own rooms.” The pictures above are an example of the Working Uniform Blue A (Spring). The uniform consists of dark blue trousers and a dark blue short-sleeve shirt with a black fabric and yellow-embroidered name badge over the left chest pocket. 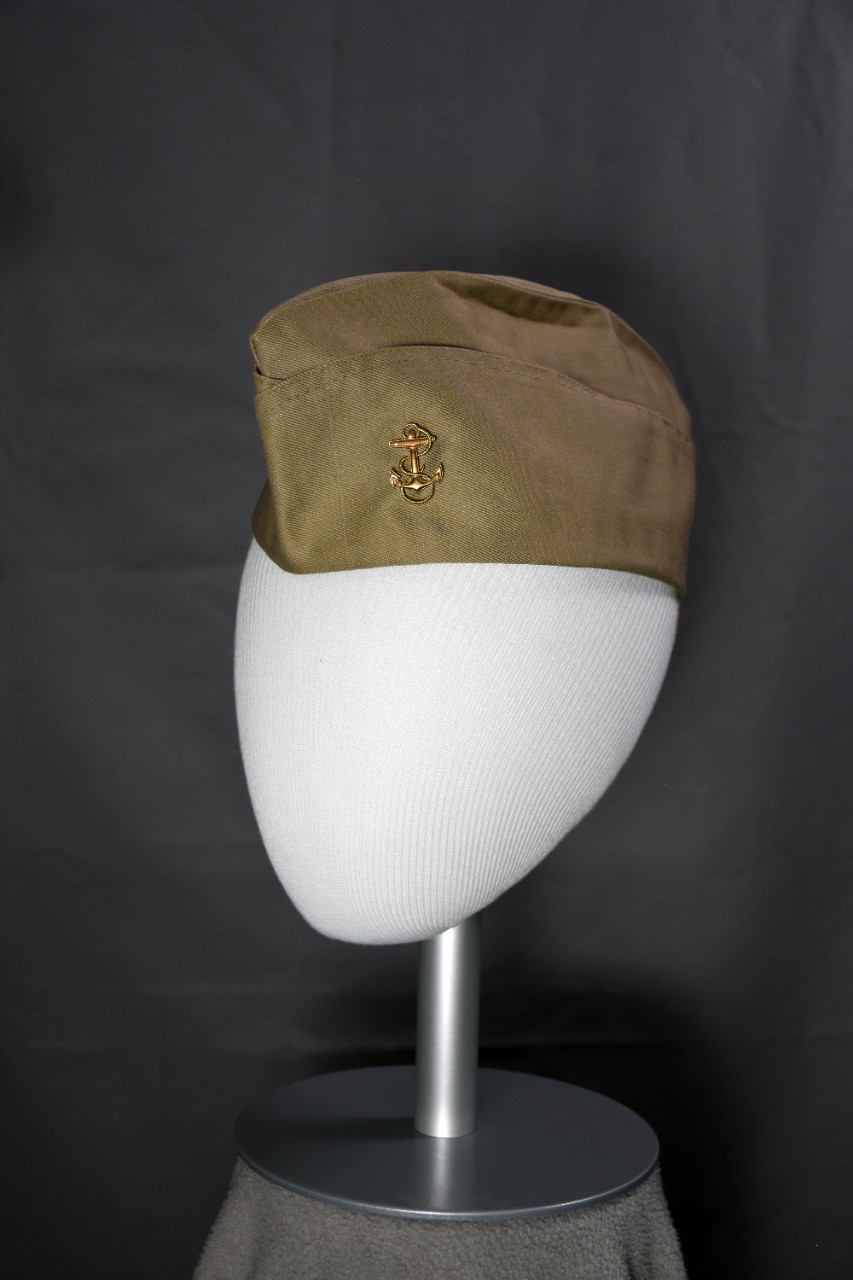 The Naval History and Heritage Command’s (NHHC) Curator Branch collection includes several uniforms from one of the first female graduates of the Naval Academy, Sharon (Hanley) Disher. After graduating as part of the historic class of 1980, Hanley went on to serve in the Navy Civil Engineering Corps, resigning her commission in 1990. Hanley married a fellow Naval Academy graduate (Tim Disher USNA Class of 1981) and is mother to three Naval Academy graduates.