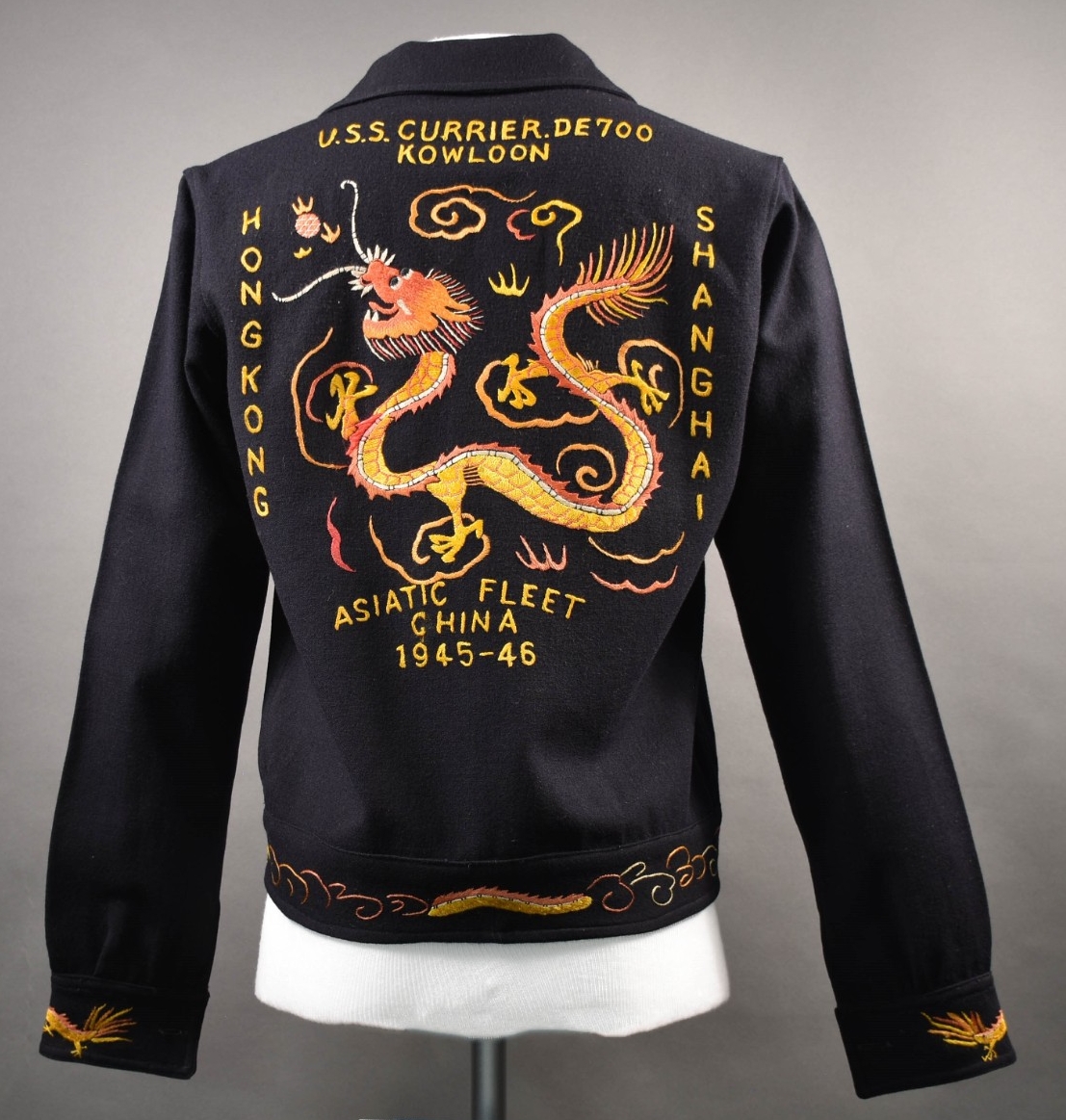 One dark blue wool men’s military style long sleeve jacket with black plastic buttons. The shirt is decorated with bright red, white, and yellow custom embroidery obtained while the owner was in the post-WWII Asiatic Fleet aboard the USS Currier (DE-700). The embroidery is distinctly Asian with depictions of dragons around the lower trim and cuffs as well as a rickshaw on the right breast pocket and a sailing junk on the left breast pocket. The back of the jacket is covered with another large, Asian-style dragon. The locations of Hong Kong, Kowloon, and Shanghai border the dragon. The ship name USS Currier (DE-700) is sewn at the top near the folded collar, and Asiatic Fleet China 1945-46 is sewn below the dragon. 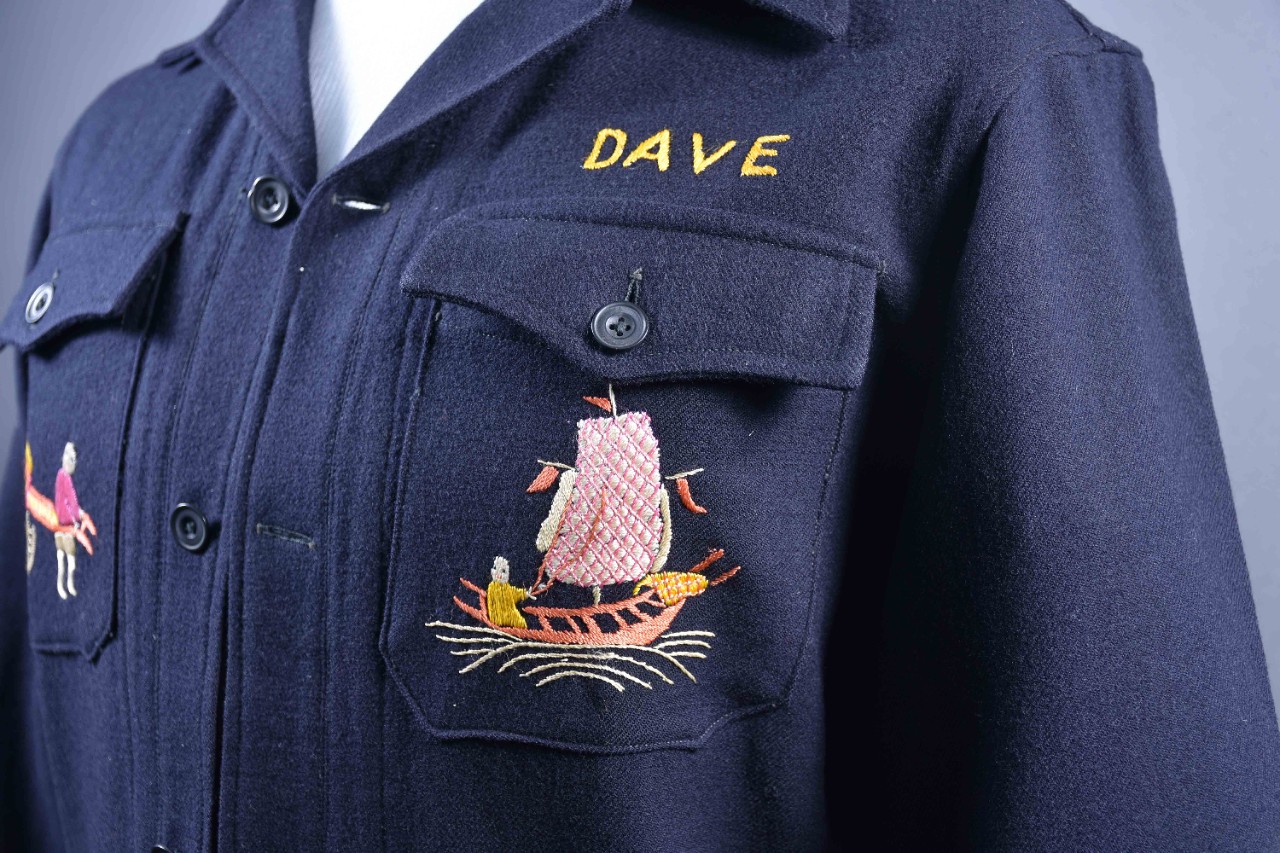 The front of the jacket is embroidered “Dave” above the colorful sailing junk on the left side breast pocket. The previous owner of this jacket was Dave Darr who served as a Fireman 1st Class aboard USS Currier.

Sailors have sought ways to commemorate their overseas service even before the formation of the US Navy in 1775. The popularity of pillow shams and hanging tapestries popular in the late 1800’s and early 1900’s gave way to the Cruise Jacket around the middle of the 20th century. This particular cruise jacket is loosely modeled after the proposed 1946 change to the USN uniform regulation. The blue jacket, modeled after the Army’s popular Eisenhower jacket, was intended to replace the iconic blue jumper as a winter dress uniform. The Navy had also proposed a similar white shirt for summer wear, however neither uniform was formally adopted.

The Cruise Jacket was then, and remains now, a popular garment to wear after hours. Sailors continued the tradition throughout conflicts and deployments of the latter half of the 20th century. Modern cruise jackets are typically modeled after aviation style jackets and are frequently adorned with unique patches denoting ships, squadrons, cruises, or locations. 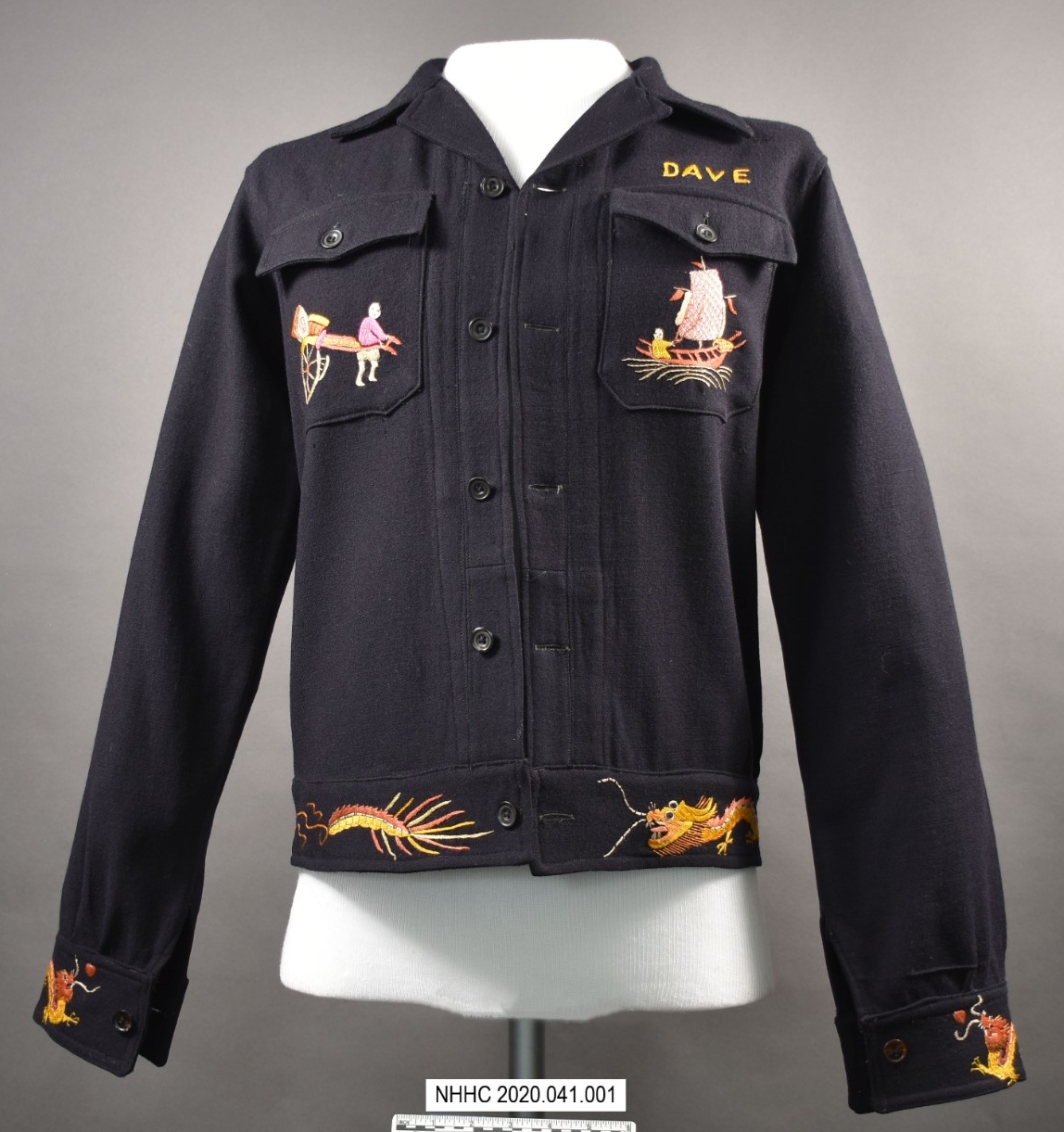