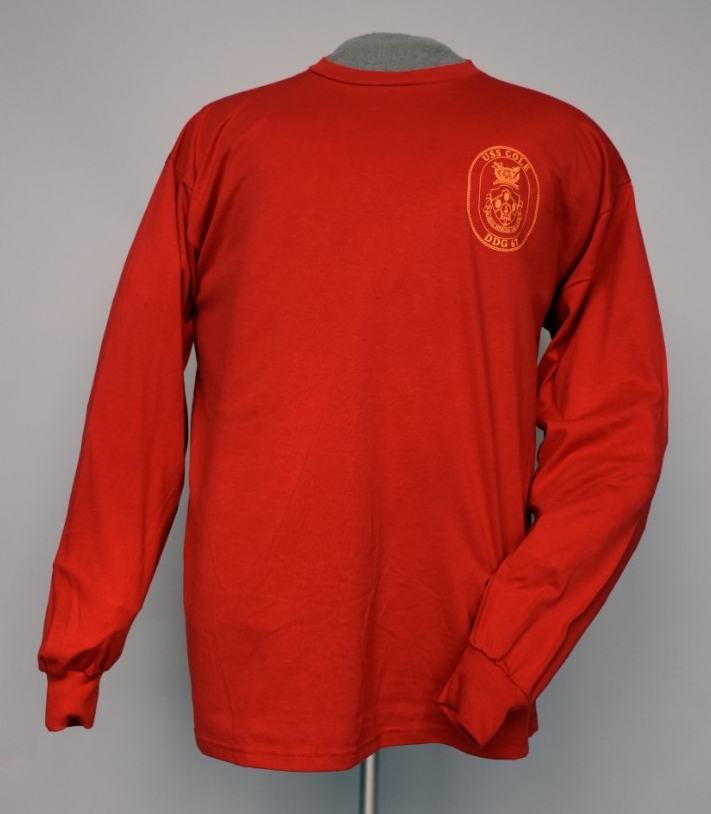 Sailors of all rates, including the Mess Management Specialists (currently known as Culinary Specialists), promptly responded to damage control and casualty assistance. The Secretary of the Navy awarded the Navy Unit Commendation for exceptionally meritorious service in saving the ship and lives of crewmembers. Despite their best efforts, 17 sailors were killed and another 39 were injured. 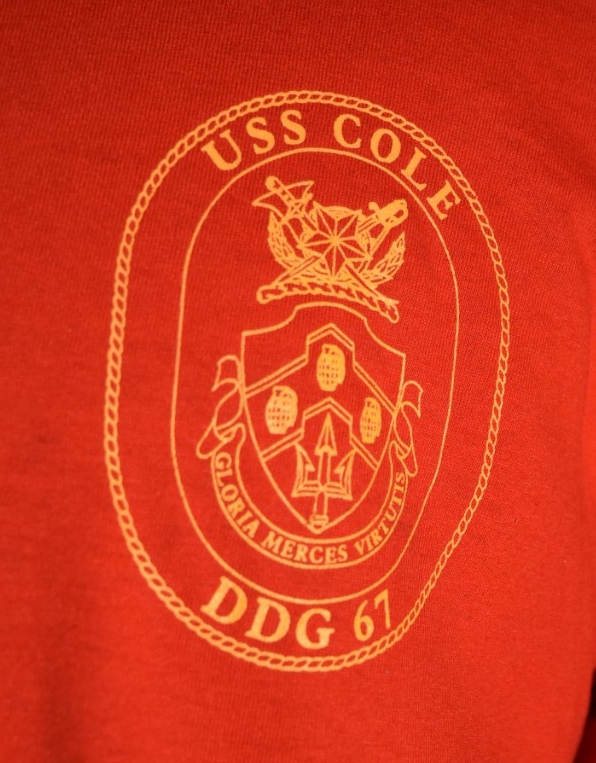 This red, long sleeve shirt recovered from the October 12, 2000, attack on the USS Cole (DDG-67). The shirt has several small black industrial grease smudges and smells faintly of smoke.

The shirt was transferred to Naval History and Heritage Command in 2001, along with several other objects while the ship was undergoing repairs in Pascagoula, Mississippi. The damaged and smoke scarred national ensign remains on board USS Cole, as a poignant reminder of that day.