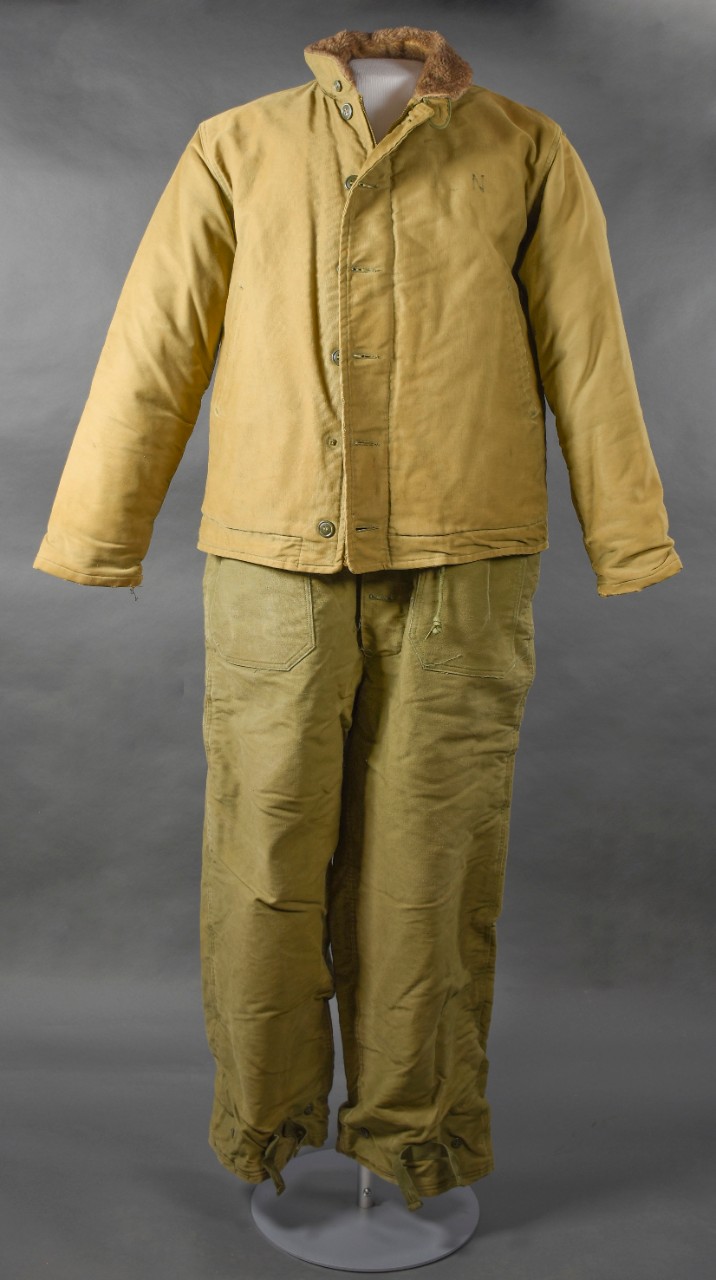 One set of cold weather trousers and coat. The coat is green with "USN" printed in black lettering on the front. The jacket has a front zipper and buttons for fastening and a fur interior. Jacket size is 42. Bib overalls are olive drab green with suspenders, size Large. "USN" stamped on right side of overalls.

This set of overalls and jacket were worn by Lieutenant Collin Ostrander, USN, a medical corpsman who was serving aboard the attack transport ship USS Leedstown (APA-56) during the Battle for Iwo Jima in late February and early March 1945. His cold-weather uniform came to the Navy’s collection with a statement by Ostrander himself:

I don’t recall hearing what the temperature [at Iwo Jima] was, but it was certainly very cold and made more so by a biting wind. Heavy seas sent a heavy surf crashing on the beach, compounding difficulties of landing troops and supplies and evacuating casualties. Navy men laid aside their helmets in favor of woolen watch caps, which pulled down over the ears like a stocking cap. As I recall, no one had gloves to wear, but hands could be warmed one at a time by undoing a button and slipping the hand inside the jacket. … During the entire time of our stay [22 February to 5 March 1945], the weather remained continuously miserable.[*]

[*] This text has been edited for clarity.