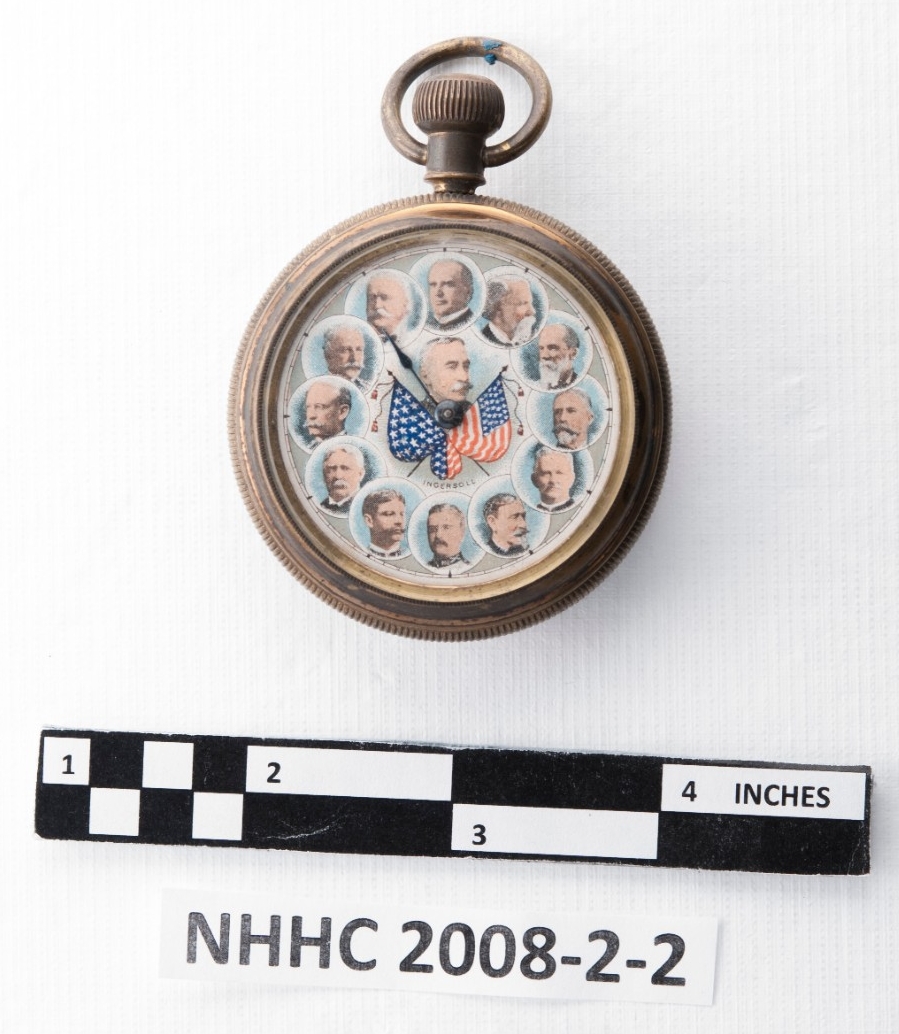 One pocket watch commemorating the Spanish-American War. Watch face has images of people significant to the war effort, Navy and Army. Among those identified include: William Mckinley (12), Teddy Roosevelt (6), Rear Admiral Sampson (3), SECNAV Long (11), General Howard (10), Dewey in the center. Case of watch reverse is a engraved image of the USS Olympia with the ship name on the water. The case edge is surrounded by a wreath of Laurel leaves with two crossed cannons and 3 bullets above the cannons.

The Dewey Souvenir Watch made by Ingersoll Company is a souvenir that illustrates the celebrity status of Admiral George Dewey following the Spanish American War. There were many souvenirs that were made to commemorate the victory in Manila in 1898. The Robert H Ingersoll & Brothers company was located at 67 Cortland St. New York and was one of the premiere watch makers in the country. The options for the watch included a gilt or nickel finish. 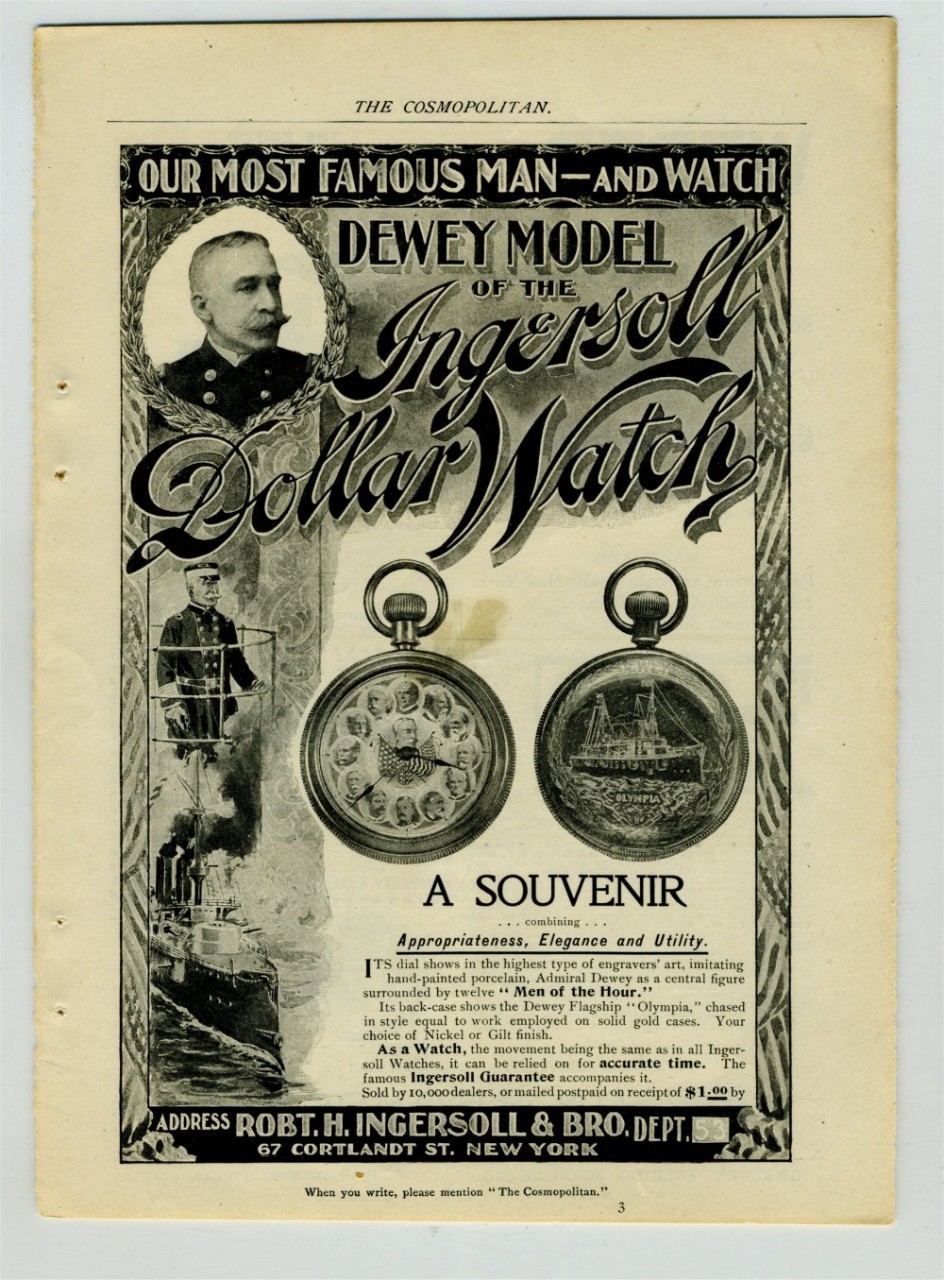 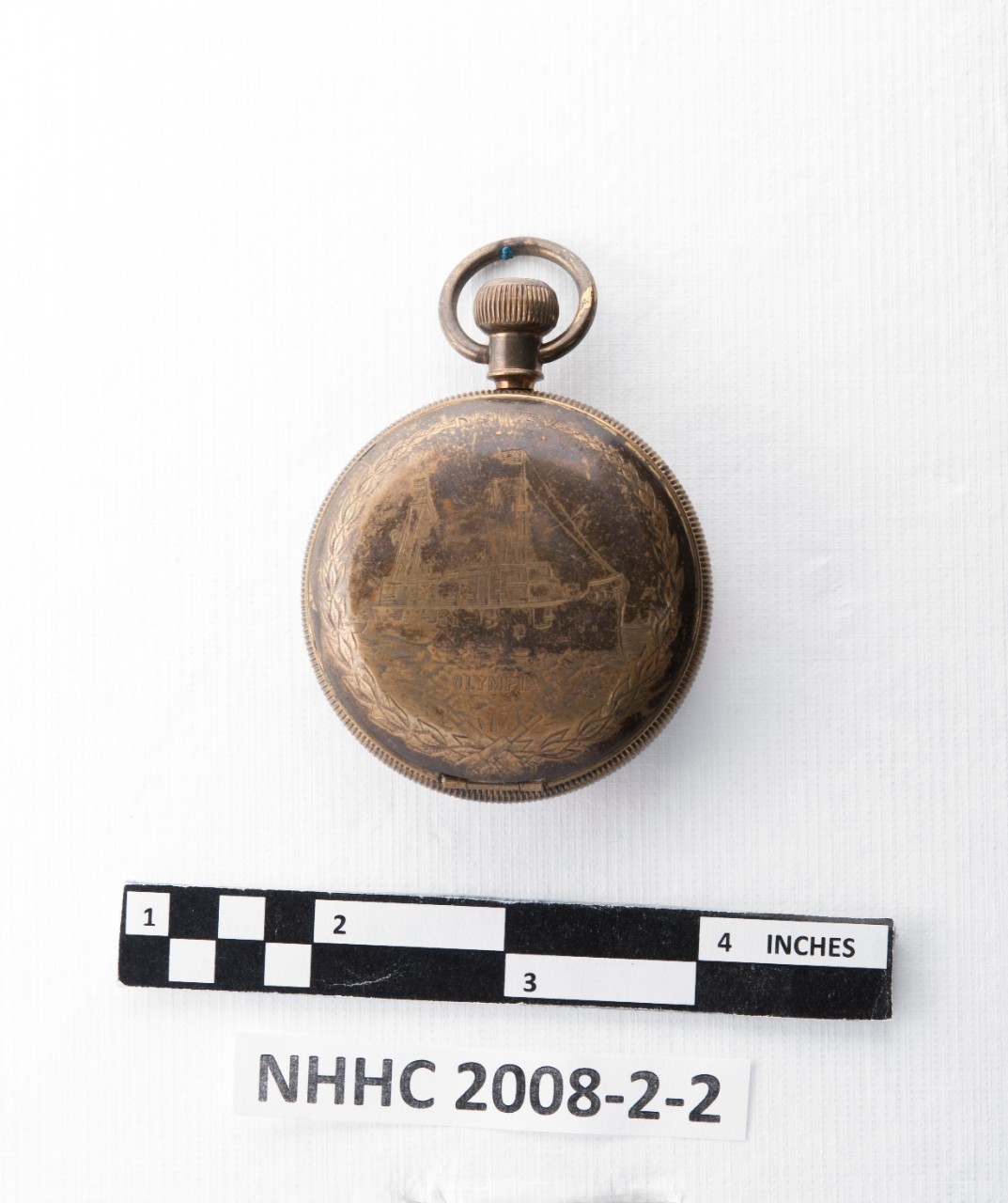