Deck Plan of USS Missouri (BB-63) During the Surrender Ceremony 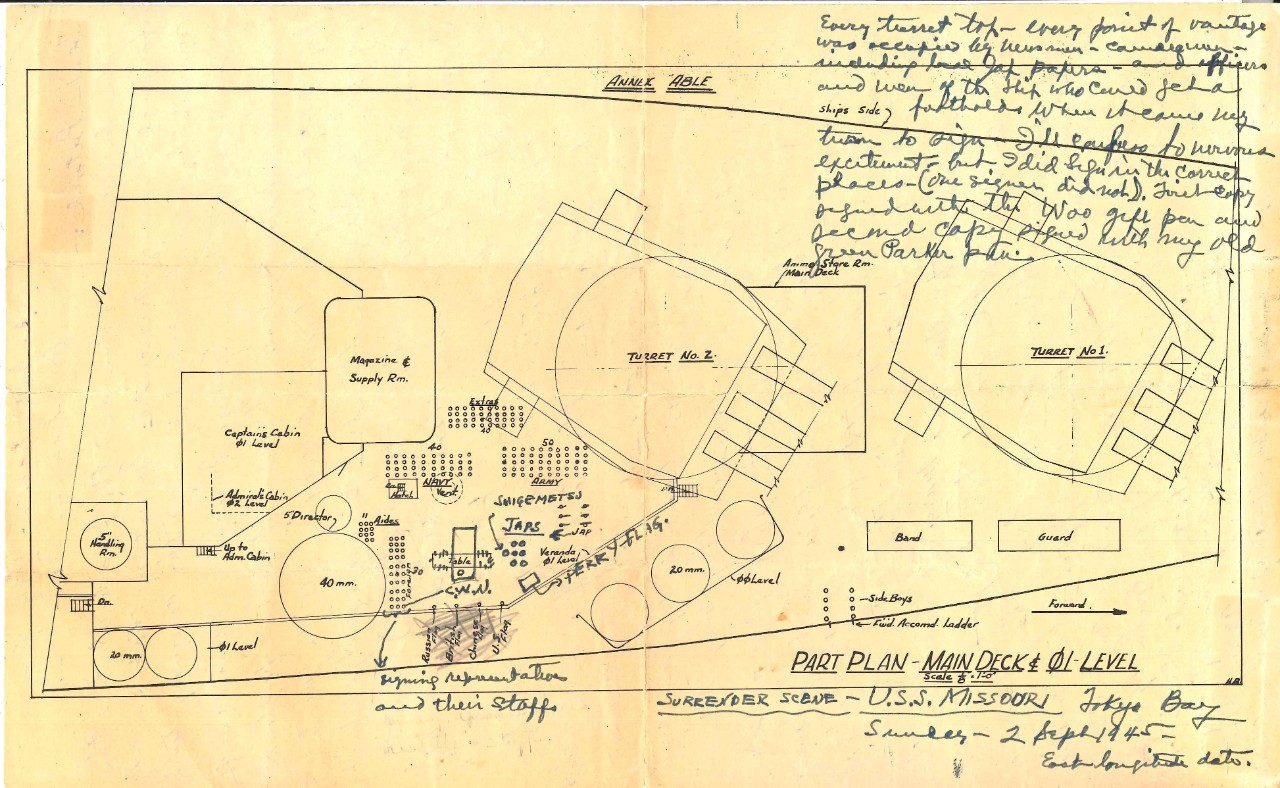 Written in the hand of Fleet Admiral Chester W. Nimitz:

"Every turret top - every point of vantage was occupied by newsmen - cameramen - including local Jap papers - and officers and men from the ship who could get a foothold. When it came my time to sign - I’ll confess to nervous excitement - but I did sign in the correct places - (one signer did not). First copy signed with the Woo gift pen, and the second copy signed with my old green Parker pen.[1]"

Nimitz also wrote on the diagram, initialing with C.W.N where he stood, and drawing an arrow from one row stating “signing representatives and their staffs.”  He also identified the document with “Surrender Scene- U.S.S. Missouri Tokyo Bay, Sunday - 2 Sept 1945 -, East longitude date.”

[1] Mrs. Nimitz identified the Woo pen as one gifted to him by E. Ching and Y.C. Woo.  The other pen was a fifty-cent pen bought on their travels. 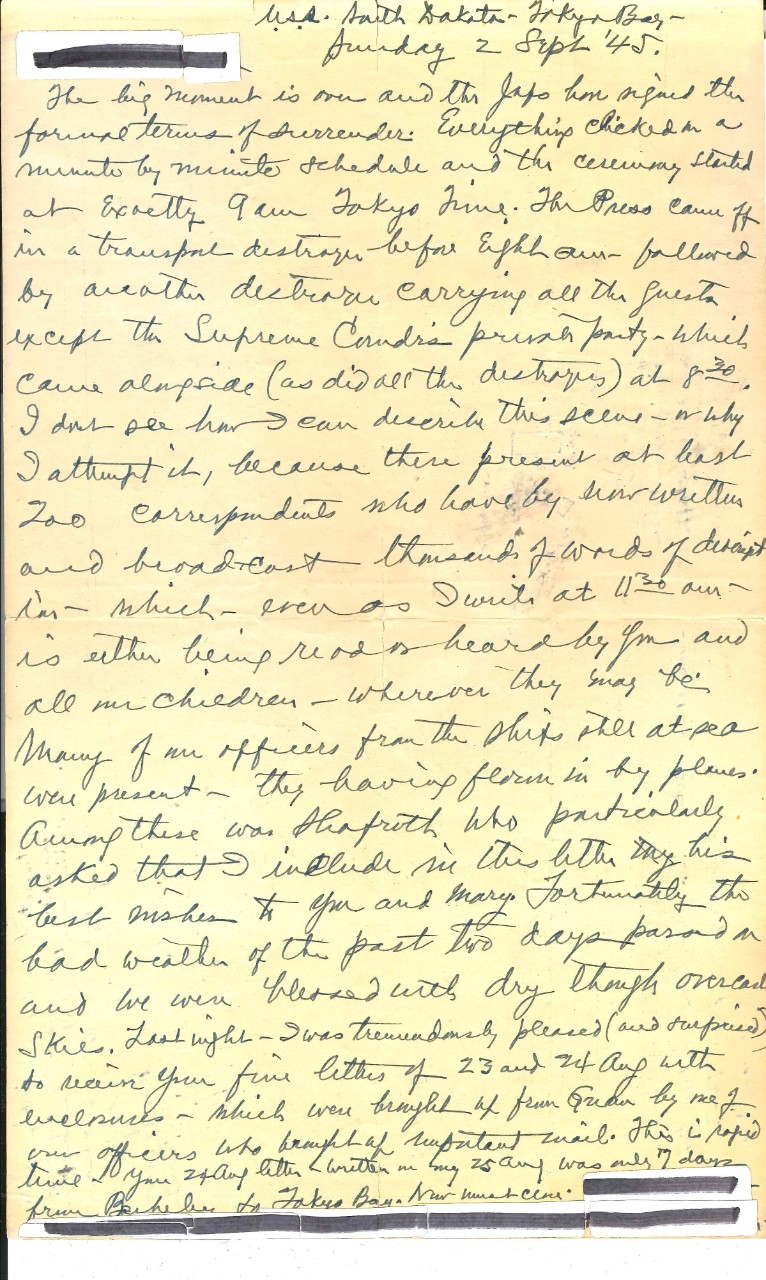 Written on back of Nimitz’s hand-edited diagram of attendees' placement on USS Missouri’s main deck during the Japanese surrender.[1]

Best Beloved [REDACTED in letter, but read by Mrs. Nimitz] -

The big moment is over and the Japs have signed the formal terms of surrender. Everything clocked in a minute, by minute, schedule and the ceremony started at exactly 9 am Tokyo time. The press came off in a transport destroyer before eight am - followed by another destroyer carrying all the guests except the Supreme Comdr’s private party - which came alongside (as did all the destroyers) at 830. I don’t see how I can describe this scene - or why I attempt it, because there present at least 200 correspondents who have by now written, and broad-cast thousands of words of description - which - even as I write at 1130am - is either being read or heard by you and all our children - wherever they may be. Many of our officers from the ships still at sea were present - they having flown in in by planes. Among these was Shafroth who particularly asked that I include in this letter my his best wishes to you and Mary. Fortunately the bad weather of the past two days passed on and we were blessed with dry though overcast skies. Last night - I was tremendously pleased (and surprised), to receive your fine letters of the 23 and the 24 Aug with enclosures - which were brought up from Guam by one of our officers who brought up important mail. This rapid time - Your 24 Aug letter - written on my 25 was only 7 days from Berkeley to Tokyo Bay. Now must close. [REDACTED, but read by Mrs. Nimitz, All my heart’s devotion. Love and kisses to my sweetheart. Ever yours,

[1] Mrs. Nimitz read this aloud during an oral history interview. In the interview she indicated that that this was one of the letters she deemed significant enough to save.  She deposited it in a safe deposit box and brought it home because it was beginning to deteriorate. She brought the letter to her oral history interview and read it aloud to the tape recorder.