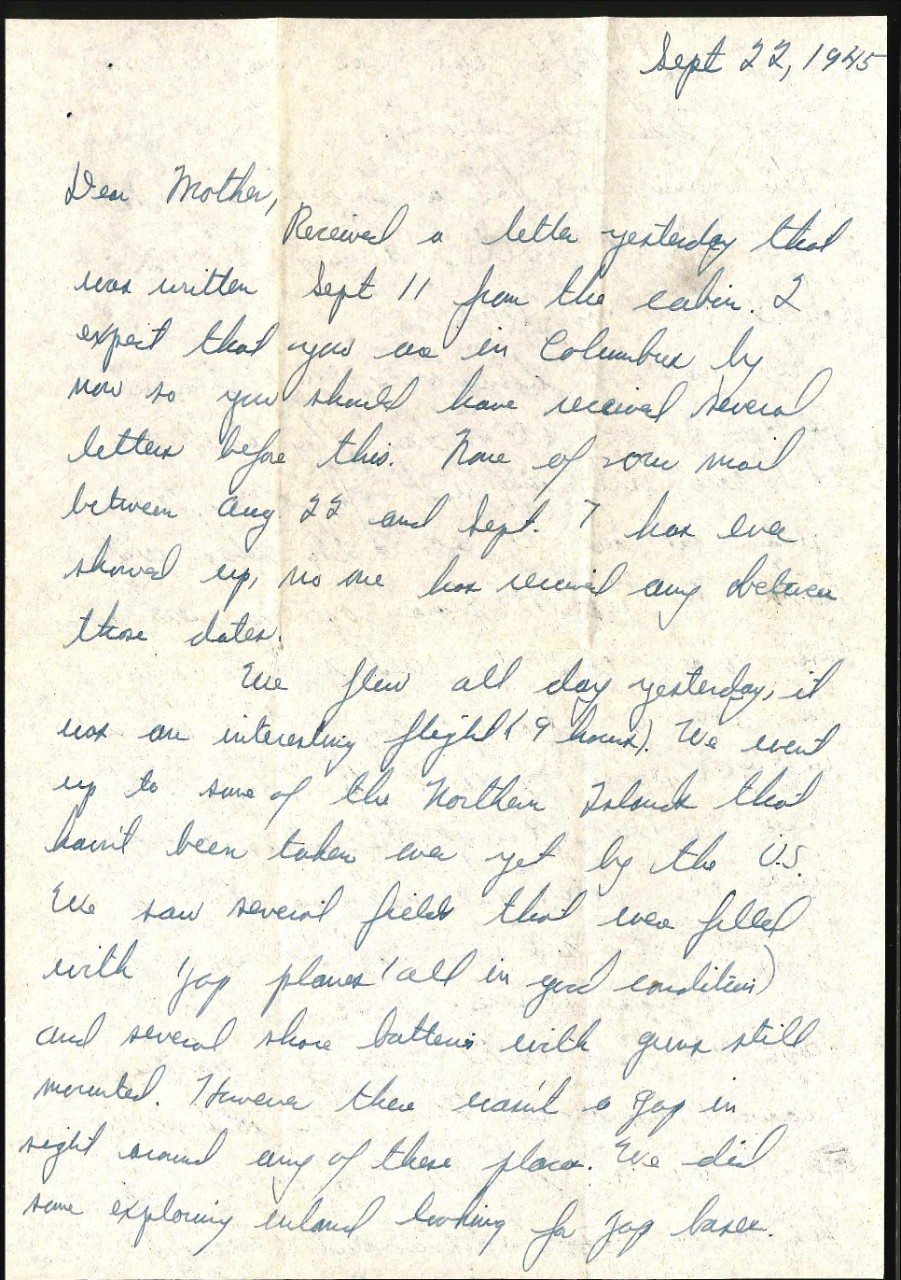 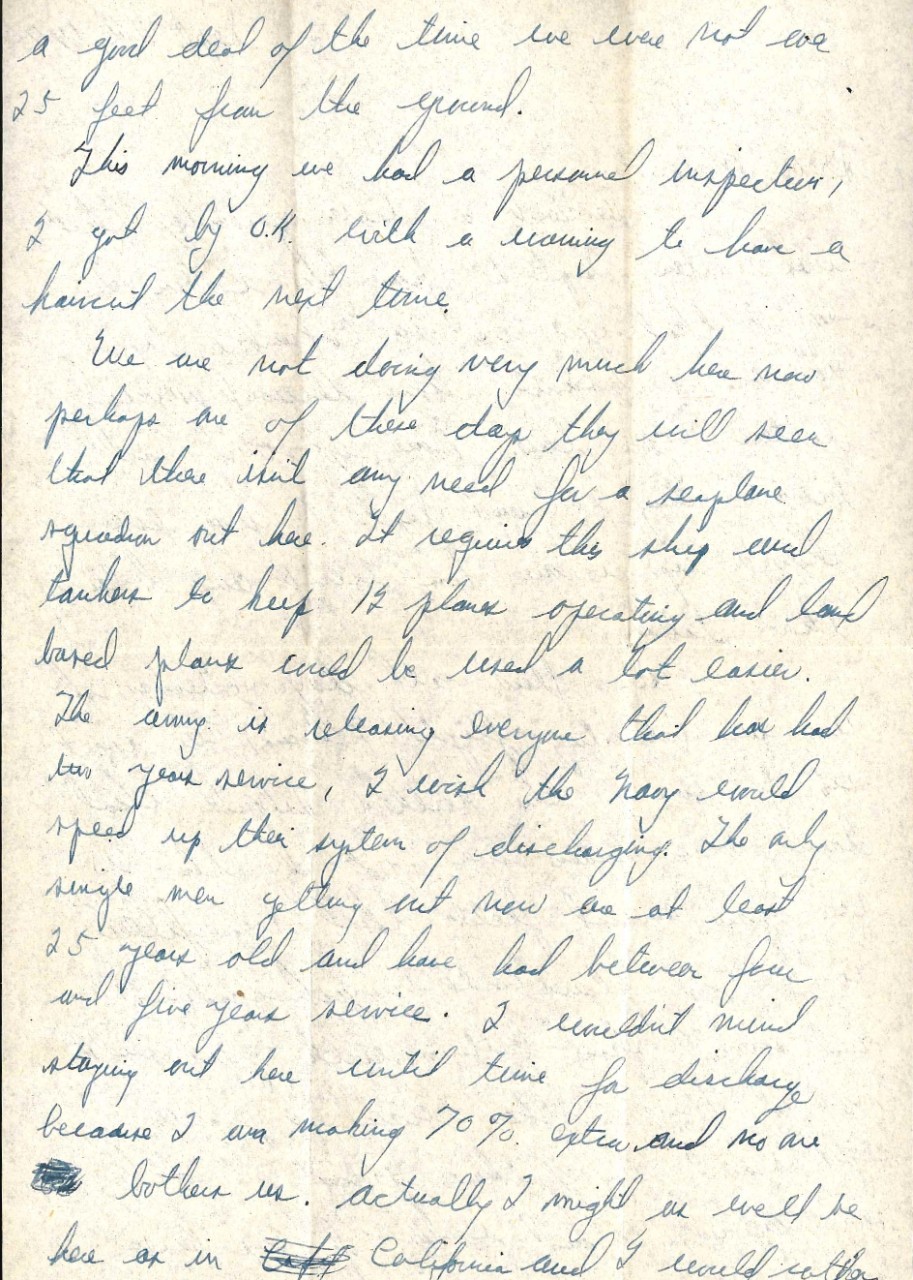 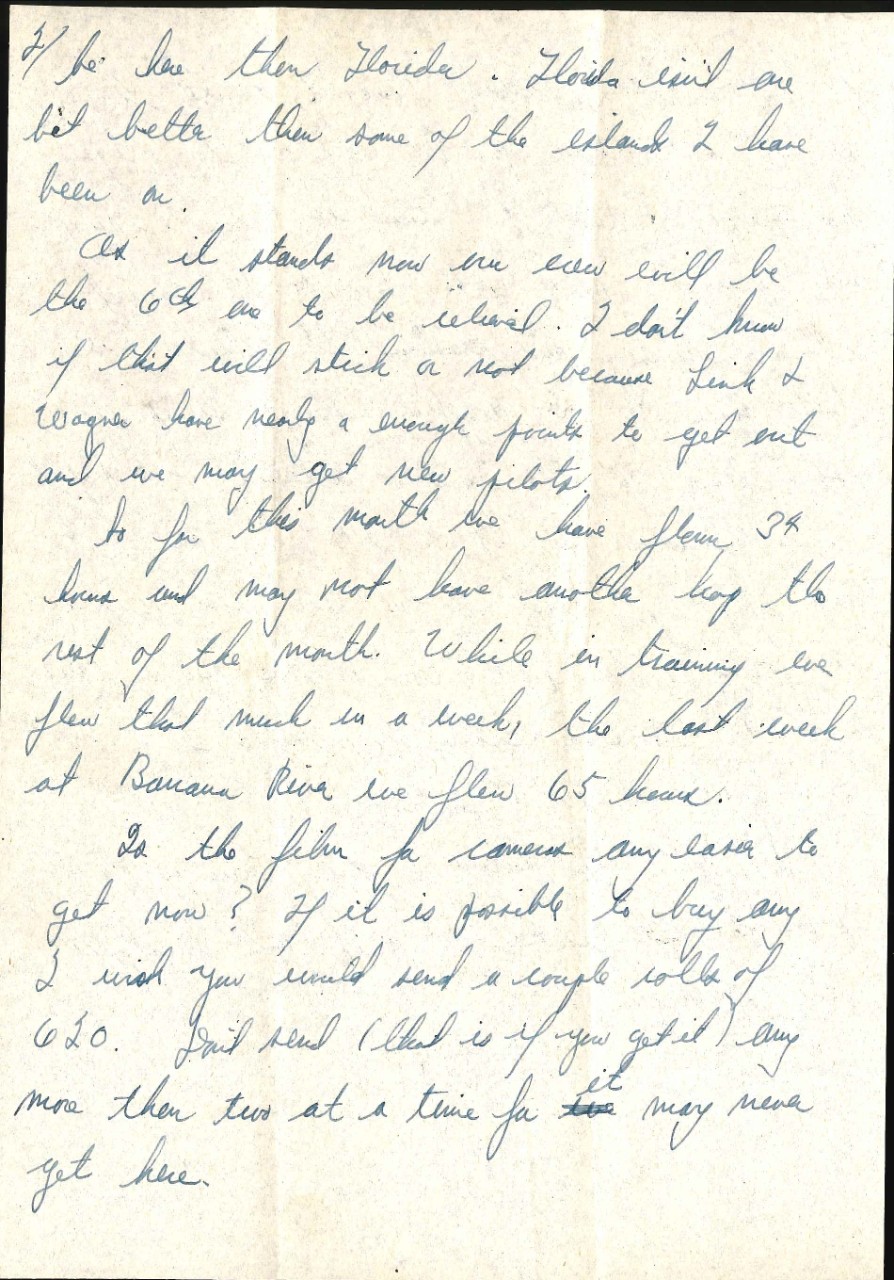 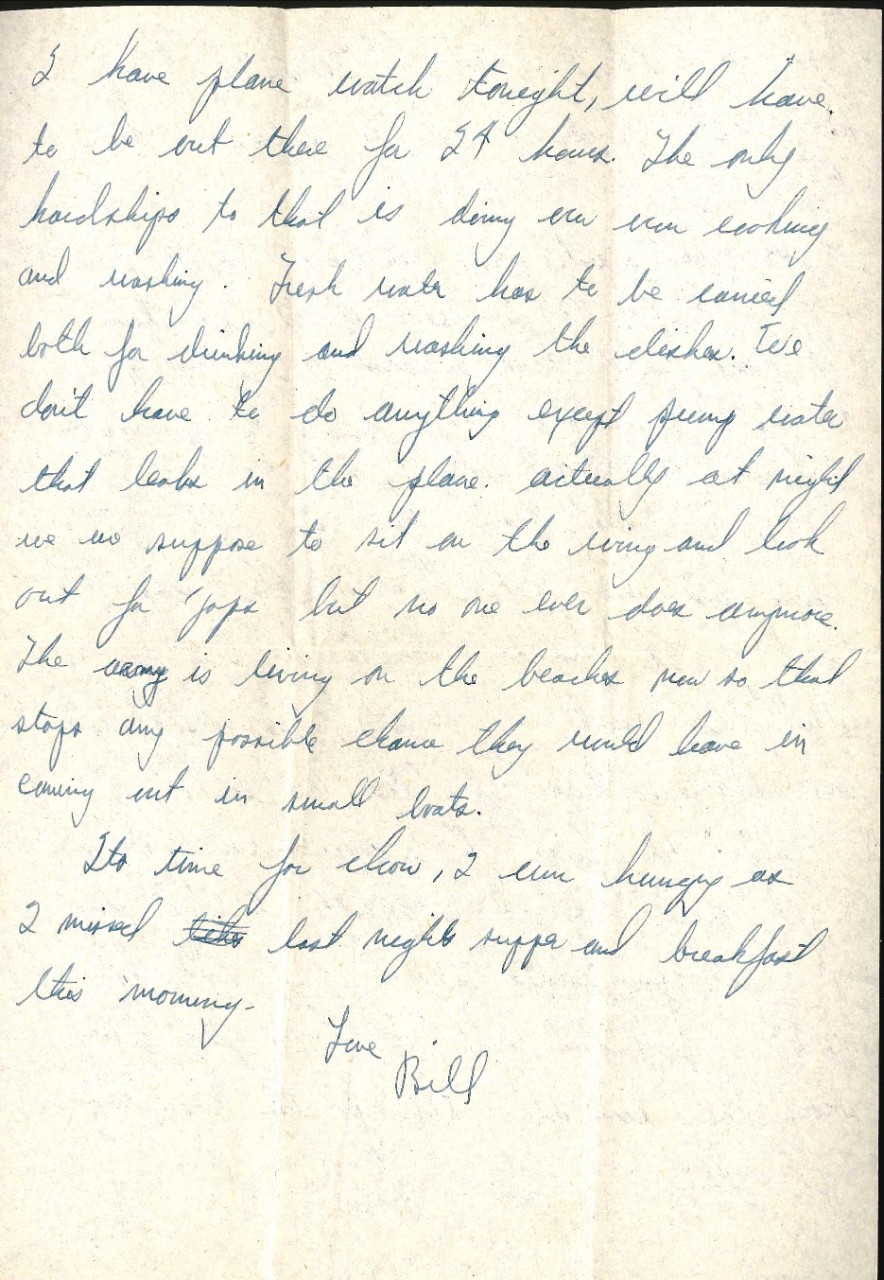 Received a letter yesterday that was written Sept 11 from the cabin. I expect that you are in Columbus by now so you should have received several letters before this. None of our mail between Aug 22 and Sept 7 has ever showed up, no one has received any between those dates.

We flew all day yesterday, it was an interesting flight (9 hours). We went up to some of the Northern Islands that haven’t been taken over yet by the U.S.  We saw several fields that were filled with Jap planes (all in good condition) and several shore batteries with guns still mounted. However there wasn’t a Jap in sight around any of these places. We did some exploring inland looking for Jap bases. A good deal of the time we were not over 25 feet from the ground.

This morning we had a personal inspection. I got by o.k. with a warning to have a haircut the next time.

We are not doing very much here now perhaps one of these days they will see there isn’t any need for a seaplane squadron out here. It requires the ship and tankers to keep 12 planes operating and land based planes could be used a lot easier. The Army is releasing everyone that has had two years service, I wish the Navy could speed up their system of discharging. The only single men getting out now are at least 25 years old and have had between four and five years of service. I wouldn’t mind staying out here until time for discharge because I am making 70% extra and no one bothers me.  Actually I might as well be here or in California and I would rather be here than Florida.  Florida isn’t one bit better than some of the islands I have been on.

As it stands now our crew will be the 6th one to be relieved. I don’t know if that will stick or not because Link + Wagner have nearly enough points to get out and we may get new pilots.

So far this month we have flown 34 hours and may not have another hop the rest of the month. While in training we flew that much in a week, the last week at Banana River we flew 65 hours.

Is the film for cameras any easier to get now? If it is possible to buy any I wish you would send a couple rolls of 620. Don’t send (that is if you get it) any more than two at a time for it may never get here.

I have plane watch tonight, will have to be out there for 24 hours. The only hardship to that is doing our own cooking and washing.  Fresh water has to be carried both for drinking and washing the dishes.  We don’t have to do anything except pump water that leaks in the plane.  Actually at night we were supposed to sit on the wing and look out for Japs but no one ever does anymore. The Army is living on the beaches now so that stops any possible chance they would have in coming out in small boats.

It’s time for chow, I am hungry as I missed last nights supper and breakfast this morning.