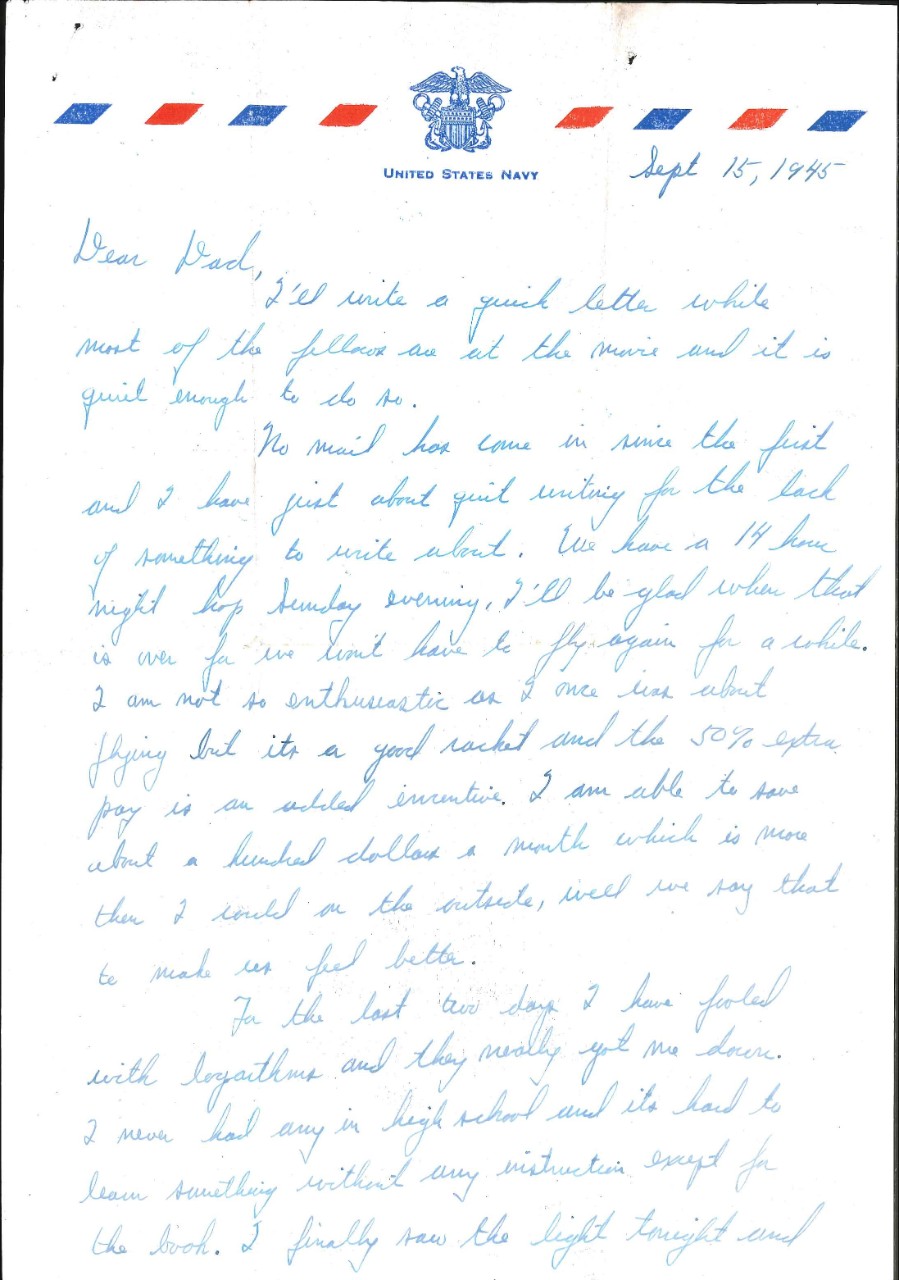 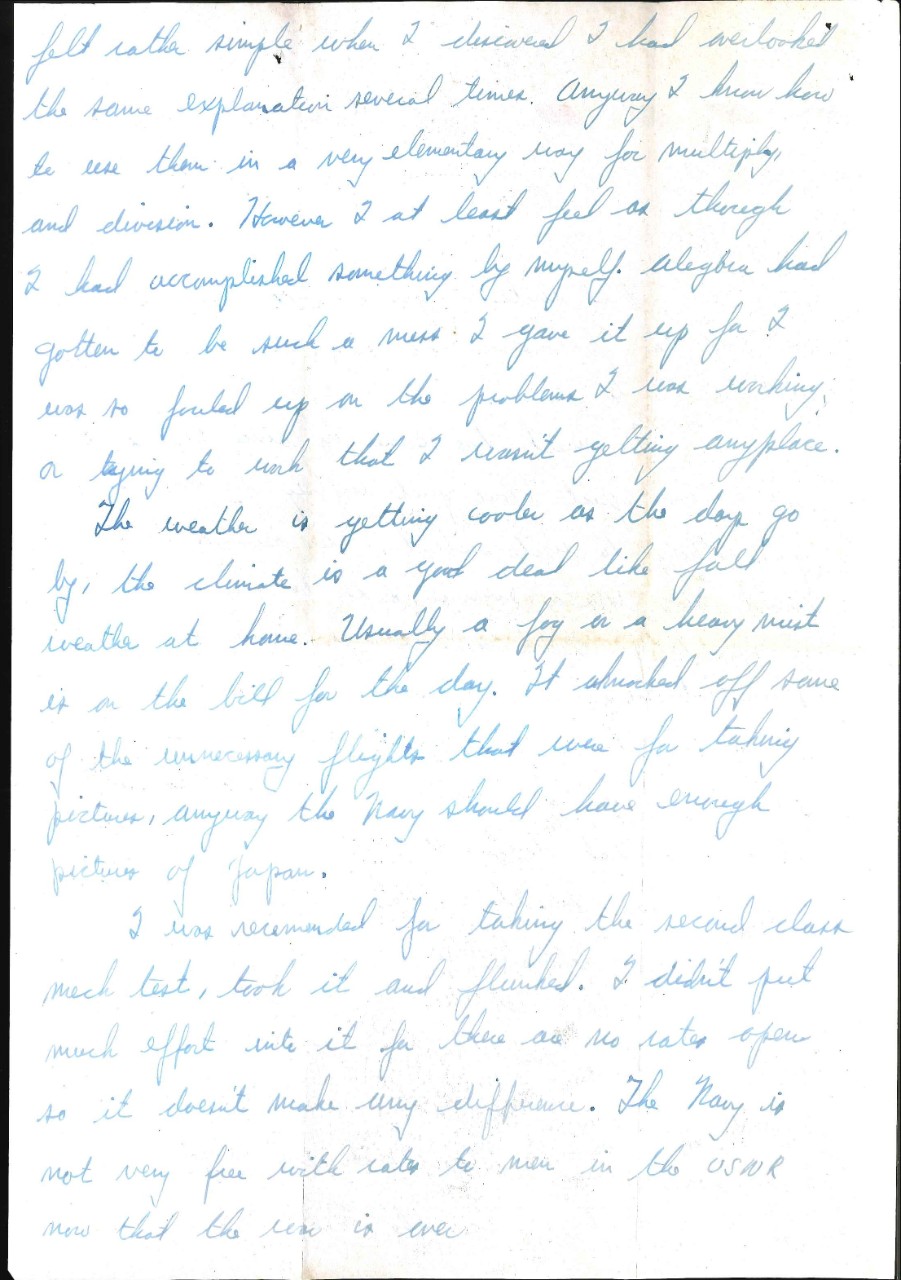 I’ll write a quick letter while most of the fellows are at the movie and it is quiet enough to do so.

No mail has come in since the first and I have just about quit writing for the lack of something to write about. We have a 14 hour night hop Sunday evening, I’ll be glad when that is over for we won’t have to fly again for a while. I am not so enthusiastic as I once was about flying but it’s a good racket and the 50% extra pay is an added incentive. I am able to save about a hundred dollars a month which is more than I could on the outside, well we say that to make us feel better.

For the last two days I have fooled with logarithms and they really got me down.  I never had any in high school and its hard to learn something without any instructions except for the book. I finally saw the light tonight and felt rather simple when I discovered I have overlooked the same explanation several times.  Anyway I know how to use them in a very elementary way for multiply and division. However I at least feel as though I had accomplished something by myself. Algebra had gotten to be such a mess. I gave it up for I was so fouled up in the problems I was working, or trying to work that I wasn’t getting anyplace.

The weather is getting cooler as the days go by, the climate is a good deal like fall weather at home.  Usually a fog or a heavy mist is on the bill for the day. It knocked off some of the unnecessary flights that were for taking pictures, anyway the Navy should have enough pictures of Japan.

I was recommended for taking the second class mech test, took it and flunked. I didn’t put much effort into it for there are no rates open so it doesn’t make any difference. The Navy is not very free with rates to men in the USNR now that the war is over.