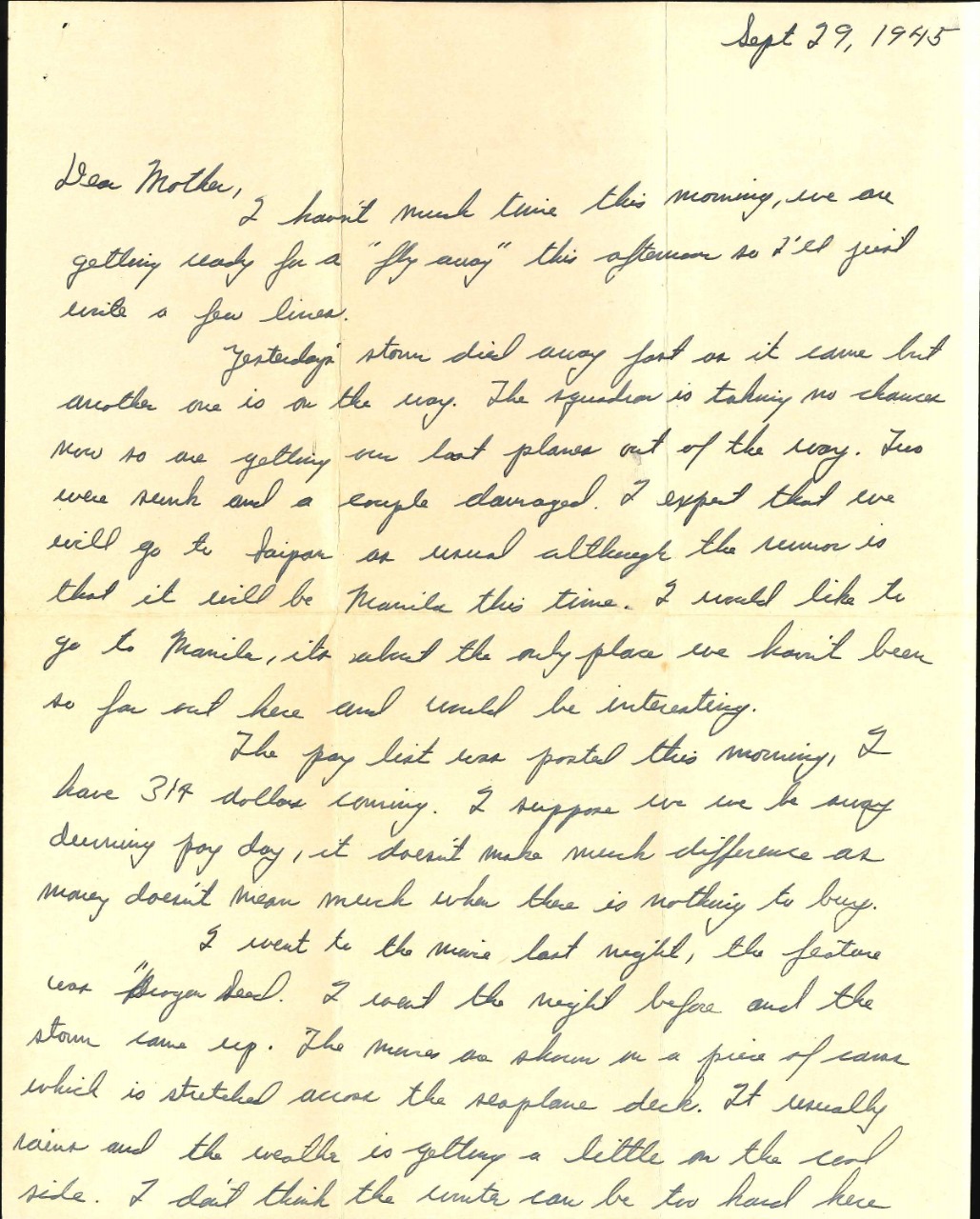 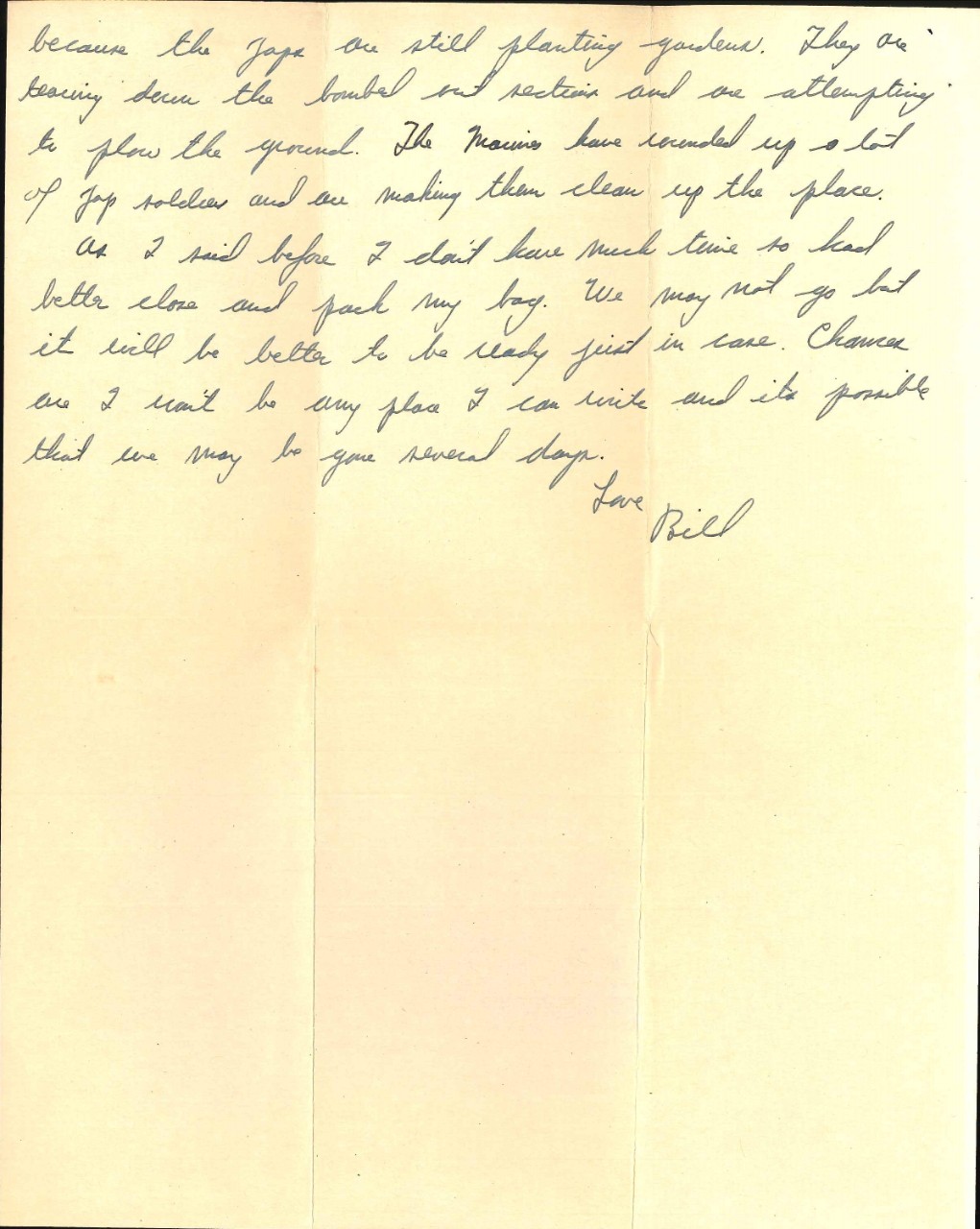 I haven’t much time this morning, we are getting ready for a ‘fly away’ this afternoon so I’ll just write a few lines.

Yesterday’s storm died away fast as it came but another one is on the way. The squadron is taking no chances now so are getting our last planes out of the way.  Two were sunk and a couple damaged. I expect that we will go to Saipan as usual although the rumor is that it will be Manila this time. I would like to go to Manila, it’s about the only place we haven’t been so far out here and could be interesting.

The pay list was posted this morning, I have 314 dollars coming. I suppose we will be away during pay day, it doesn’t make much difference as money doesn’t mean much when there is nothing to buy.

I went to the movie last night, the feature was “Dragon Seed.” I went the night before and the storm came up. The movies are shown on a piece of canvas which is stretched across the seaplane deck. It usually rains and the weather is getting a little on the cool side. I don’t think the winter can be too hard here because the Japs are still planting gardens. They are tearing down the bombed out section and are attempting to plow the ground. The Marines have rounded up a lot of Jap soldiers and are making them clean up the place.

As I said before I don’t have much time so had better close and pack my bag. We may not go but it will be better to be ready just in case. Chances are I won’t be any place I can write and its possible that we may be gone several days.