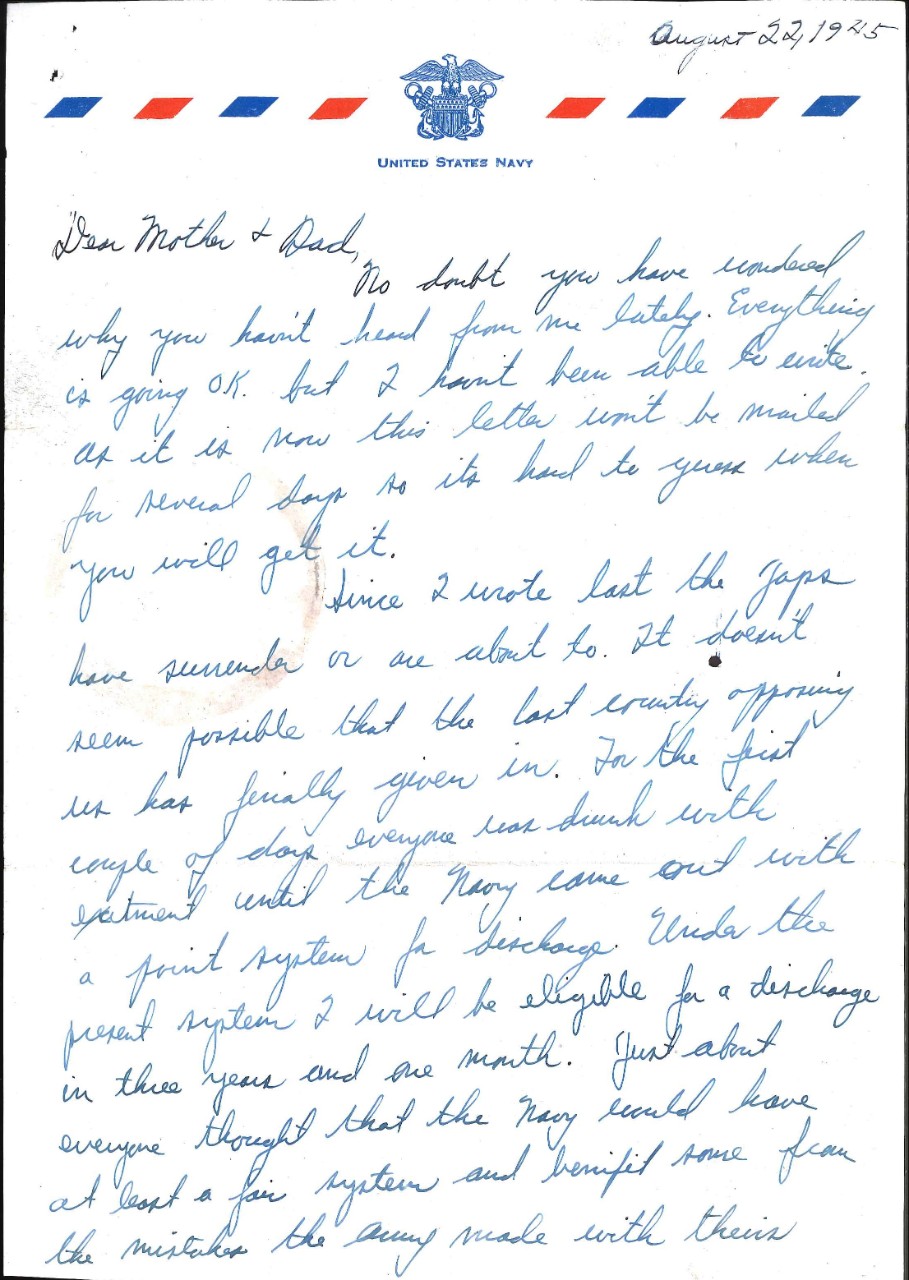 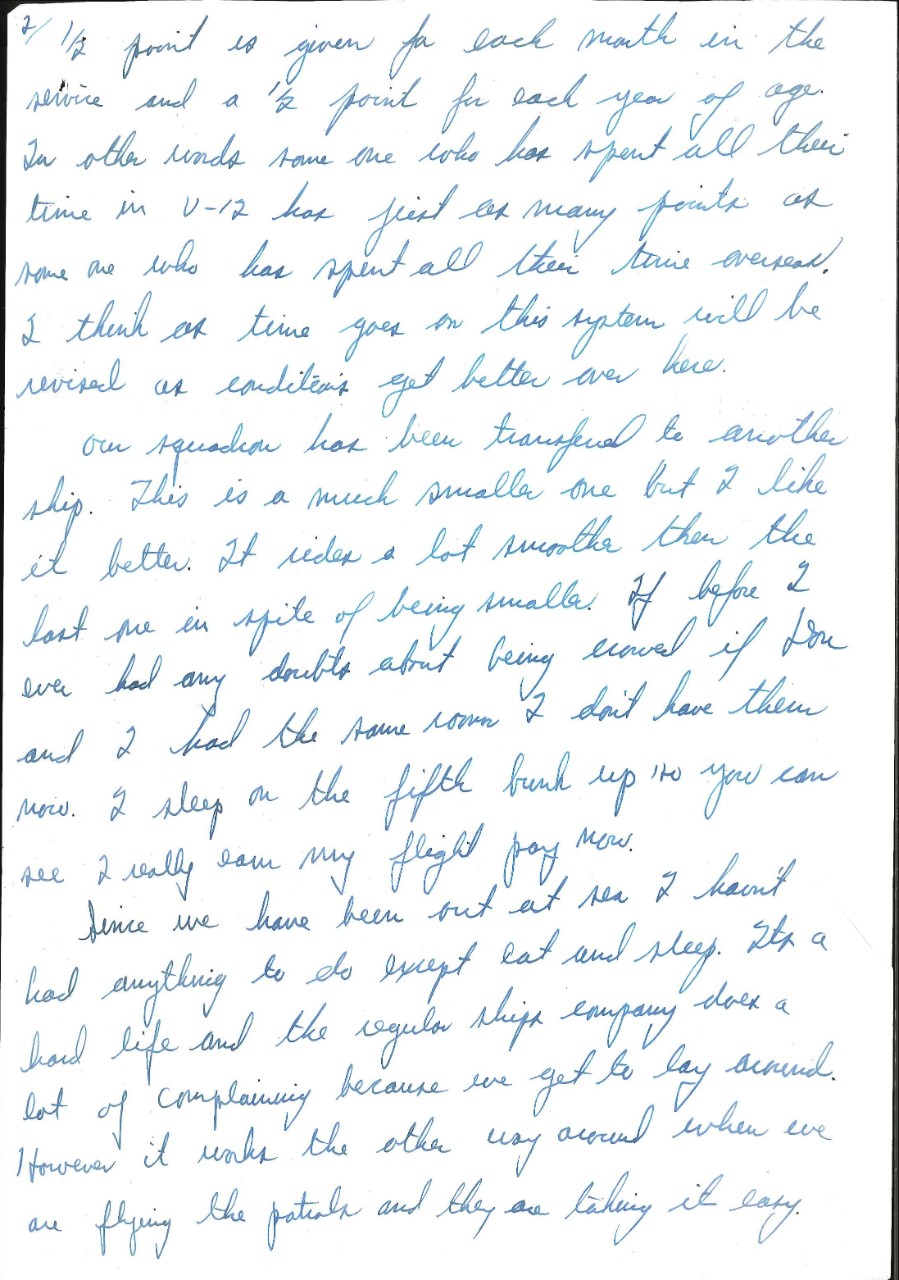 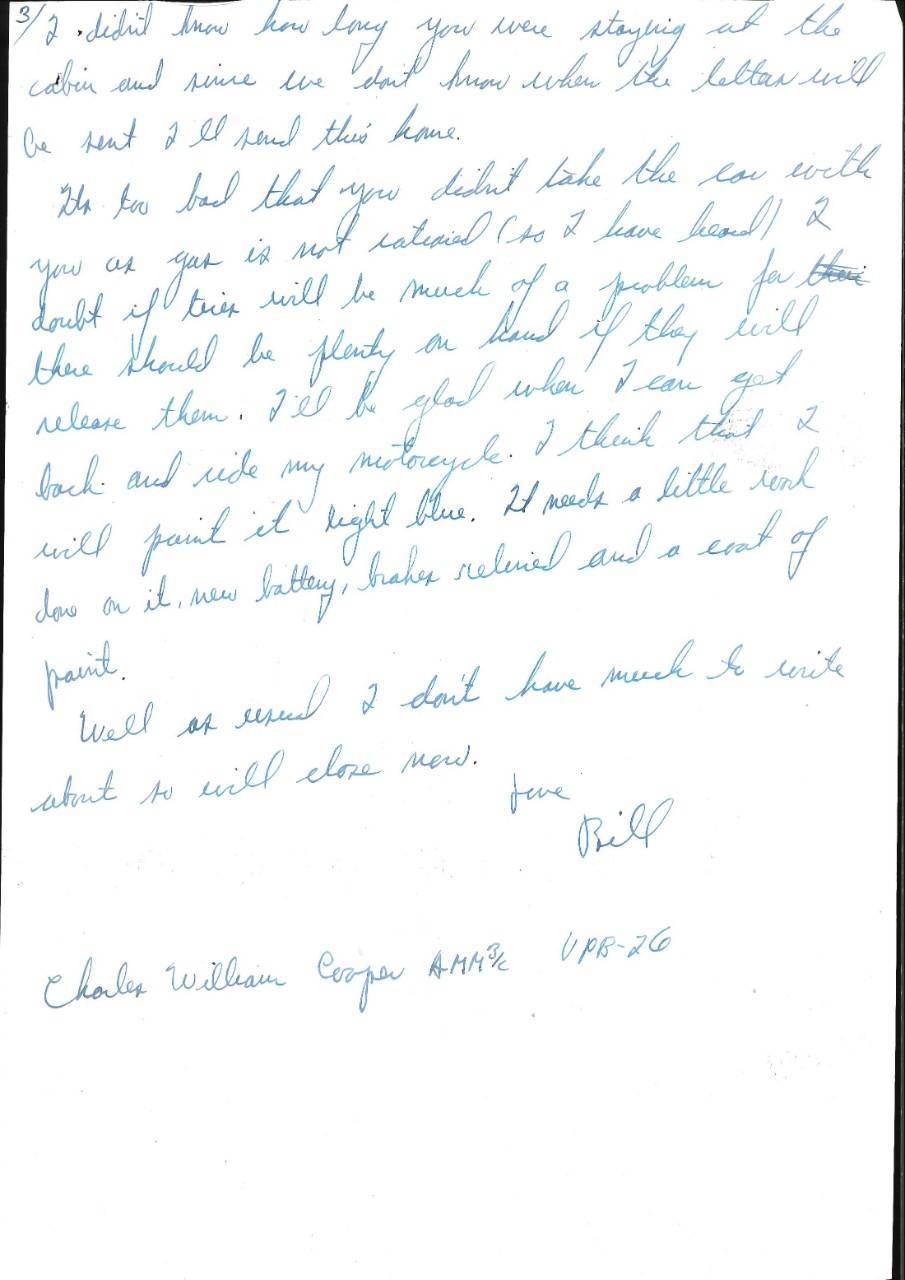 No doubt you have wondered why you haven’t heard from me lately. Everything is going ok. but I haven’t been able to write. As it is now this letter won’t be mailed for several days so its hard to guess when you will get it.

Since I wrote last the Japs have surrender or are about to. It doesn’t seem possible that the last country opposing us has finally given in. For the first couple of days everyone was drunk with excitement until the Navy came out with a point system for discharge.  Under the present system I will be eligible for a discharge in three years and one month. Just about everyone thought that the Navy would have at least a fair system and benefit some from the mistakes the Army made with theirs  ½ point is given for each month in the service and a ½ point for each year of age. In other words some one who has spent all their time in V-12 has just as many points as some one who has spent all their time overseas. I think as time goes on this system will be revised as conditions get better over here.

Our squadron has been transferred to another ship. This is a much smaller one but I like it better. It rides a lot smoother than the last one in spite of being smaller. If before I ever had any doubts about being [?] if Don and I had the same room I don’t have them now.  I sleep on the fifth bunk up so you can see I really earn my flight pay now.

Since we have been out at sea I haven’t had anything to do except eat and sleep. It’s a hard life and the regular ships company does a lot of complaining because we get to lay around. However it works the other way around when we are flying the patrols and they are taking it easy.

I didn’t know how long you were staying at the cabin and since we don’t know when the letter will be send I’ll send this home.

Its too bad that you didn’t take the car with you as gas is not rationed (so I have heard). I doubt if there will be much of a problem for there should be plenty on hand if they will release them. I’ll be glad when I can get back and ride my motorcycle. I think that I will paint it light blue. It needs a little work done on it, new battery, brakes relined and a coat of paint.

Well as usual I don’t have much to write about so will close now.