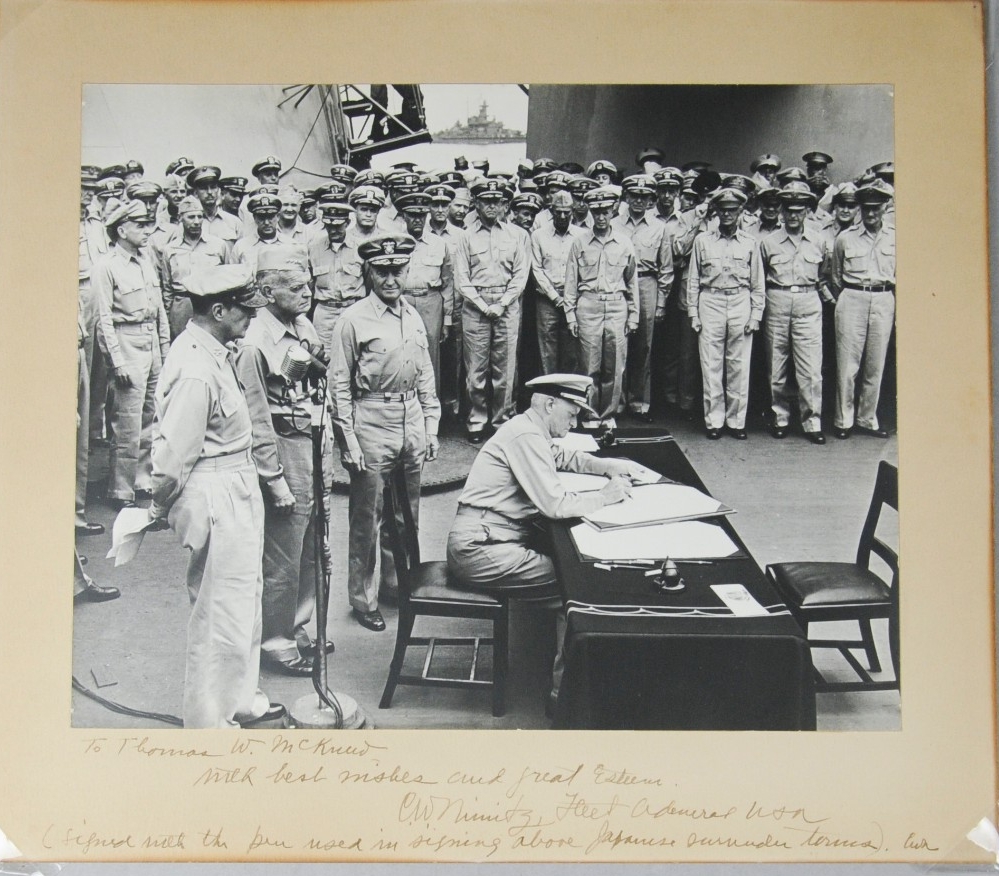 One 8" x 10" black and white photograph of the Japanese surrender aboard USS Missouri (BB-63) on 2 September 1945, signed by Fleet Admiral Chester W. Nimitz to Dr. Thomas W. McKnew. The photo is mounted on a 12.25" x 10.75" white mat board with a handwritten inscription below in black ink. The inscription reads:

Dr. Thomas Wilson McKnew, a World War I Navy Veteran, held several positions in the National Geographic Society beginning in 1932 as the assistant secretary, receiving the title of Chairman Emeritus in 1987. In 1934-1935, he served as the project officer for the first human flight into the stratosphere where the curvature of the earth was photographed for the first time. He also participated in the financing of hundreds of research projects in geology, archeology, anthropology, botany, astronomy and related sciences.