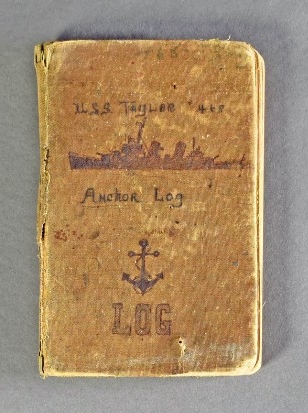 A 5.25” x 8”, rectangular, cloth bound, hard cover book with white paper pages. The cover is heavily worn and frayed with several small holes and sections of the cloth cover missing and torn. The original color of the cloth is difficult to determine and the present color appears tan with stains and soiling. The obverse of the front cover has a hand drawn profile of the ship and a fouled anchor in faded black ink. Written around the drawings in black ink is: U.S.S. Taylor #468 / Anchor Log / LOG. The interior pages have listings hand written in pencil of the locations, dates, times and other relevant information when the ship anchored throughout her service in World War II. The pages shown here include the anchor log information for 27 August 1945 when USS Taylor first anchored in Japanese waters, as well as the entrance into Tokyo Bay and the date of the surrender ceremony. 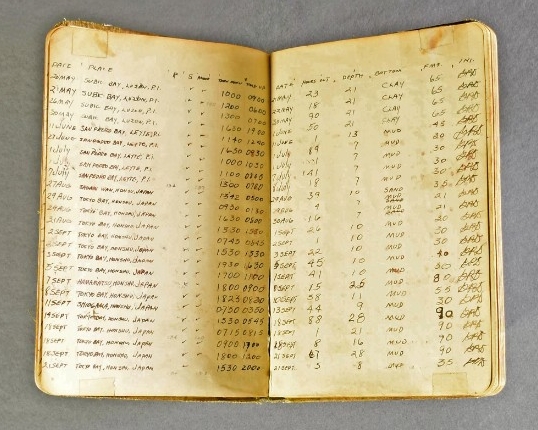 USS Taylor (DD-468), a Fletcher-class destroyer, was commissioned on 28 August 1942. Initially assigned to Atlantic Fleet duty with Destroyer Squadron (DESRON) 20, Taylor left Hampton Roads on 17 December 1942 for the Pacific Theater. On 26 January 1943, she joined DESRON 21 in the New Hebrides Islands for operations in the South West Pacific Area. Taylor and the other destroyers of DESRON 21 spent nearly all of 1943 performing screening and escort duties in and around the Solomon Islands. In November 1943, DESRON 21 was transferred to the Central Pacific to support operations in the Gilbert Islands. During 1944, Taylor participated in operations in the Marshall and Solomon Islands, New Guinea and Indonesia, and the Philippines, including the Battle of Leyte Gulf on 23–26 October 1944. Taylor continued to operate in and around the Philippine Islands and Indonesia in 1945, as well as supporting operations off Okinawa and Honshu.

In honor of their long service in the Pacific War, 3d Fleet commander Admiral William F. Halsey ordered that DESRON 21 be present in Tokyo Bay for Japan's surrender. USS Taylor first anchored in Japanese waters in Sagami Bay (Sagami-wan) on 27 August 1945. On 29 August, the ship, along with her sisters USS Nicholas (DD-449) and USS O'Bannon (DD-450), screening the USS Missouri (BB-63), were among the first American  warships to enter Tokyo Bay. The destroyers were also present in Tokyo Bay on 2 September 1945 for the surrender ceremony conducted on board Missouri. Taylor returned to the US on 18 October, carrying home service personnel as part of Operation Magic Carpet. The destroyer was decommissioned on 31 May 1946 and placed in reserve at San Diego, CA. 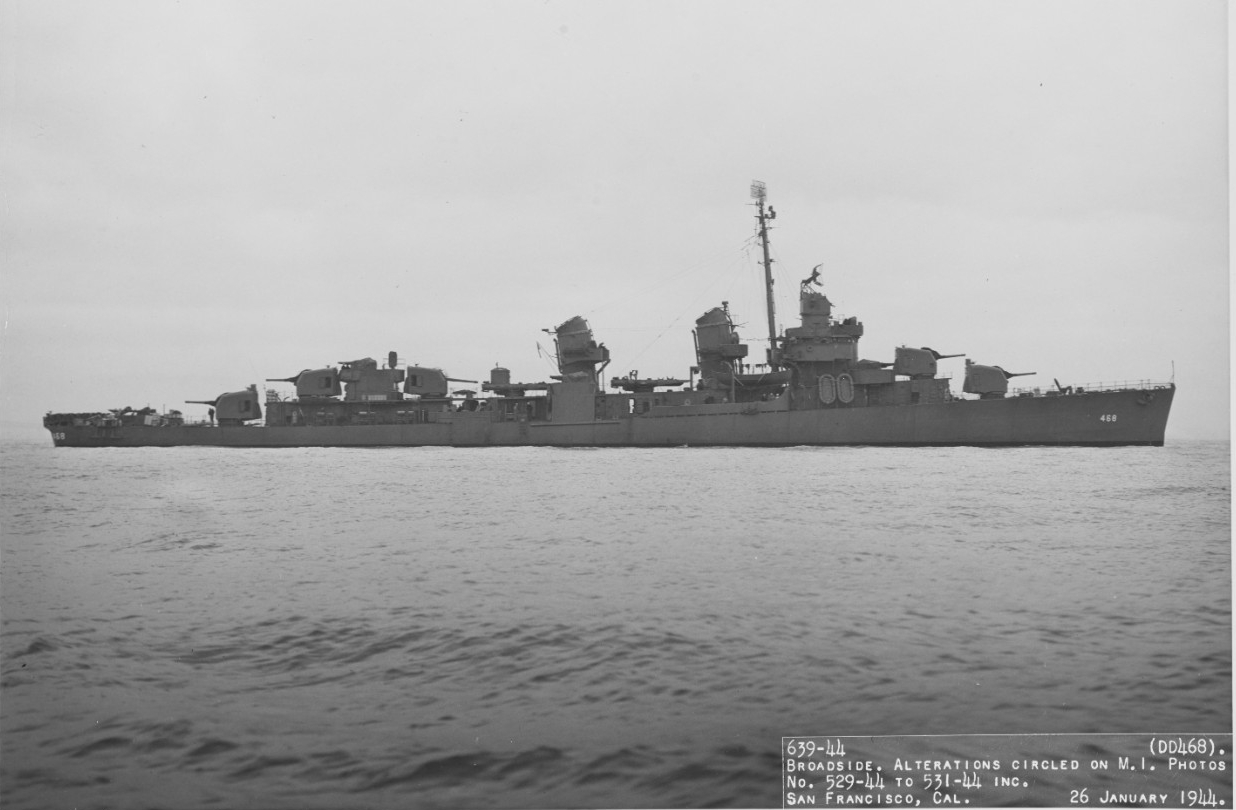