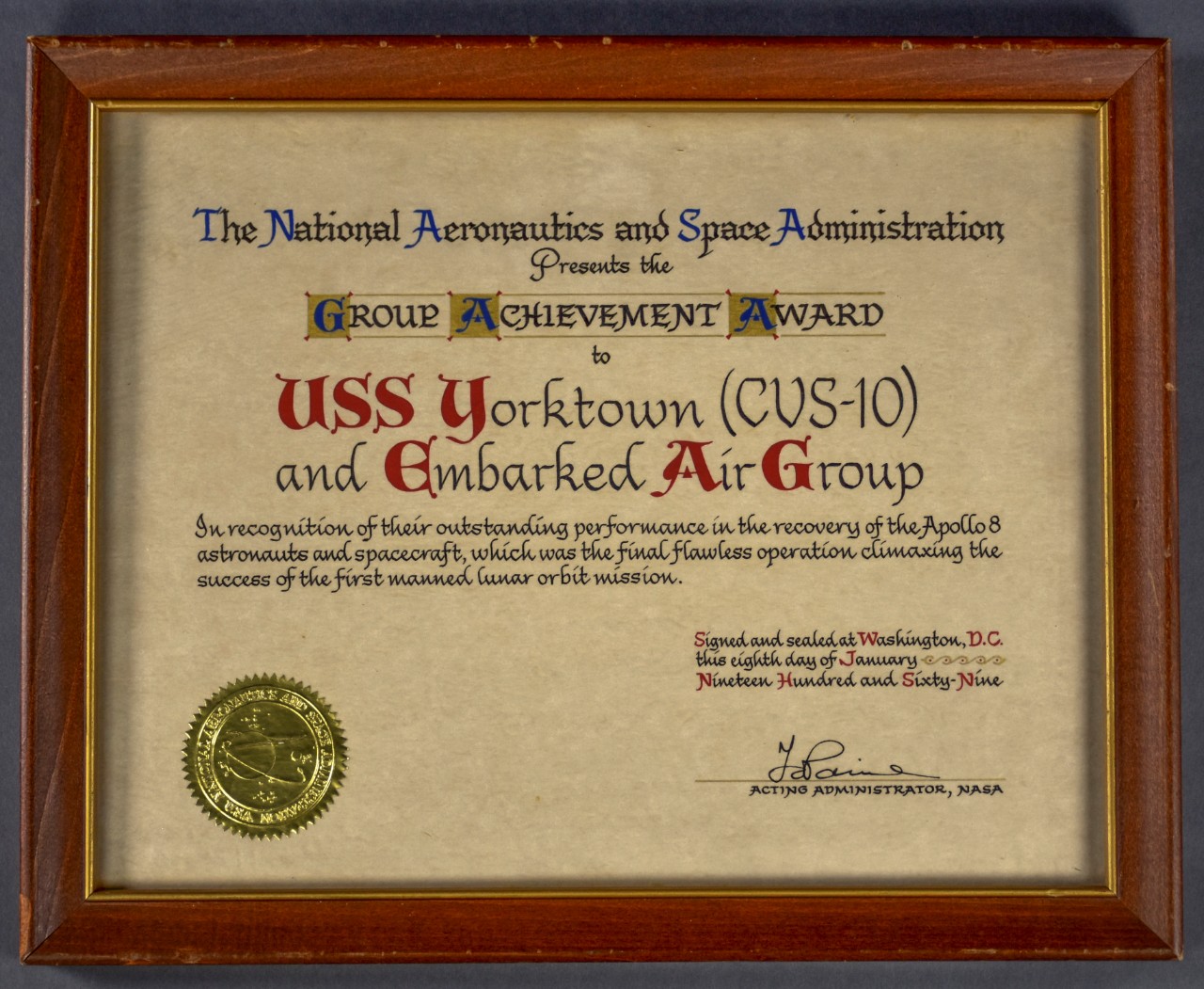 One wood framed NASA award certificate presented to the crew of the USS Yorktown (CVS-10) on 8 January 1969 for their role in the recovery of the Apollo 8 crew and command module. The inscription on the certificate reads,

“The National Aeronautics and Space Administration Presents the Group Achievement Award to USS Yorktown (CVS-10) and Embarked Air Group In recognition of their outstanding performance in the recovery of the Apollo 8 astronauts and spacecraft, which was the final flawless operation climaxing the success of the first manned lunar orbit mission. Signed and sealed at Washington, D.C. this eighth day of January Nineteen Hundred and Sixty-Nine.”

It is signed by the Acting Administrator of NASA. There is a gold NASA seal on the bottom proper right side.