Aircraft Configuration Plan for the Recovery of the Apollo 11 Astronauts 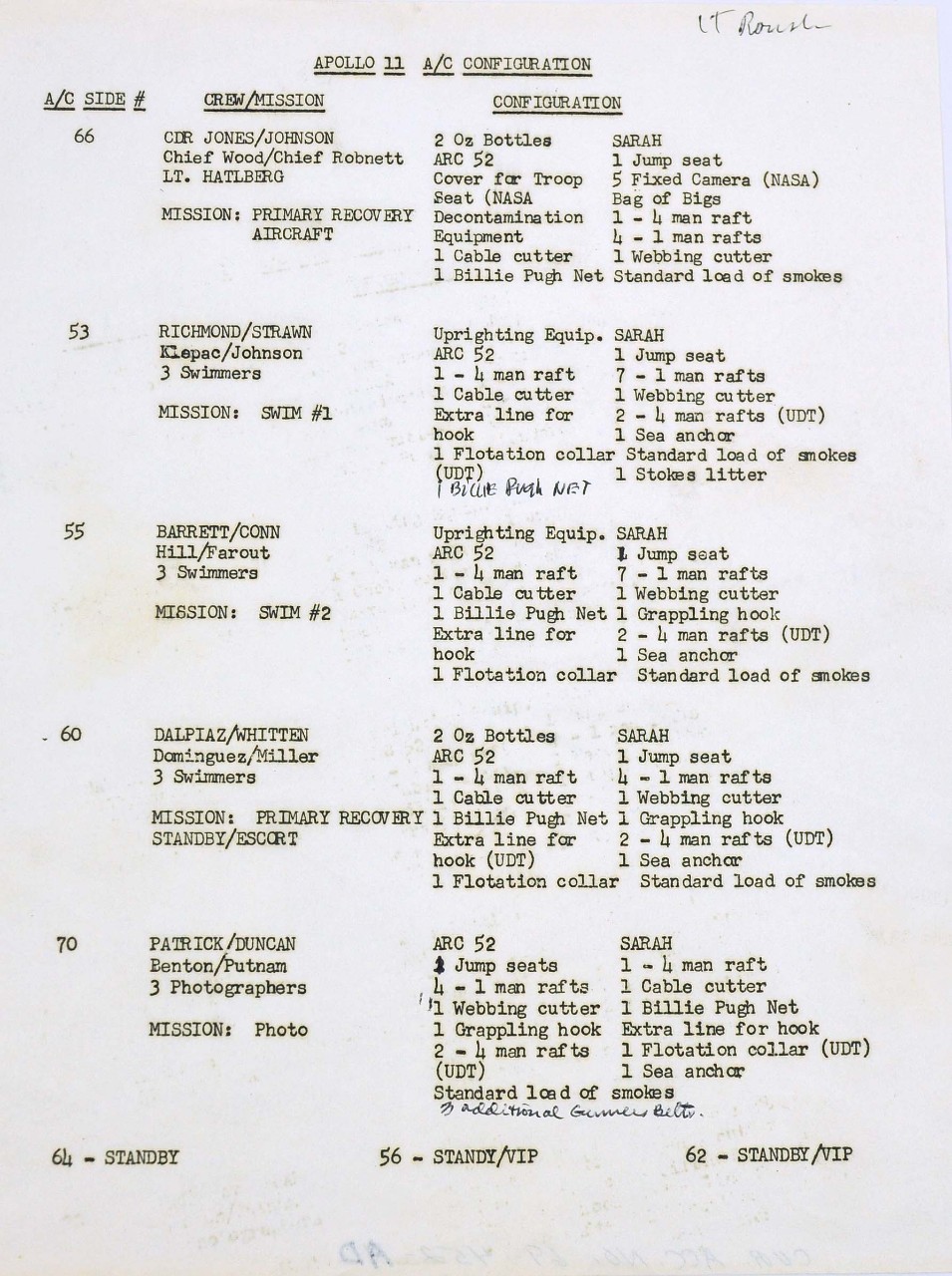 One sheet of paper with typed list of the helicopters, personnel, and equipment required for the recovery of the Apollo 11 astronauts, titled "Apollo 11 A/C Configuration."

The eight aircraft listed are SH-3 Sea Kings from Helicopter Anti-Submarine Squadron Four (HS-4) assigned to USS Hornet (CVS-12). They were engaged in the primary recovery operations for the Apollo 11 splashdown. The Configuration column lists the equipment carried by each of the helicopters for the mission.

Helicopter #66, designated Recovery One, was the primary recovery aircraft for the mission, responsible for deploying the decontamination swimmer and taking aboard the astronauts. Its list of equipment is specially outfitted for its mission to include a NASA-provided troop seat cover for the astronauts to sit on once aboard the helicopter, decontamination equipment, and a bag of BIGs (Biological Isolation Garment).

At a signal from Hatleberg, the Billie Pugh net, a net-like basket, was lowered to the raft to bring the astronauts into the helicopter one at a time. After all three astronauts were safely aboard, #66 returned to the Hornet. Hatleberg and the other UDT swimmers remained with the command module until the Hornet could arrive to retrieve the module.