Memorandum ordering the suspension of offensive operations against Japan, 14 August 1945 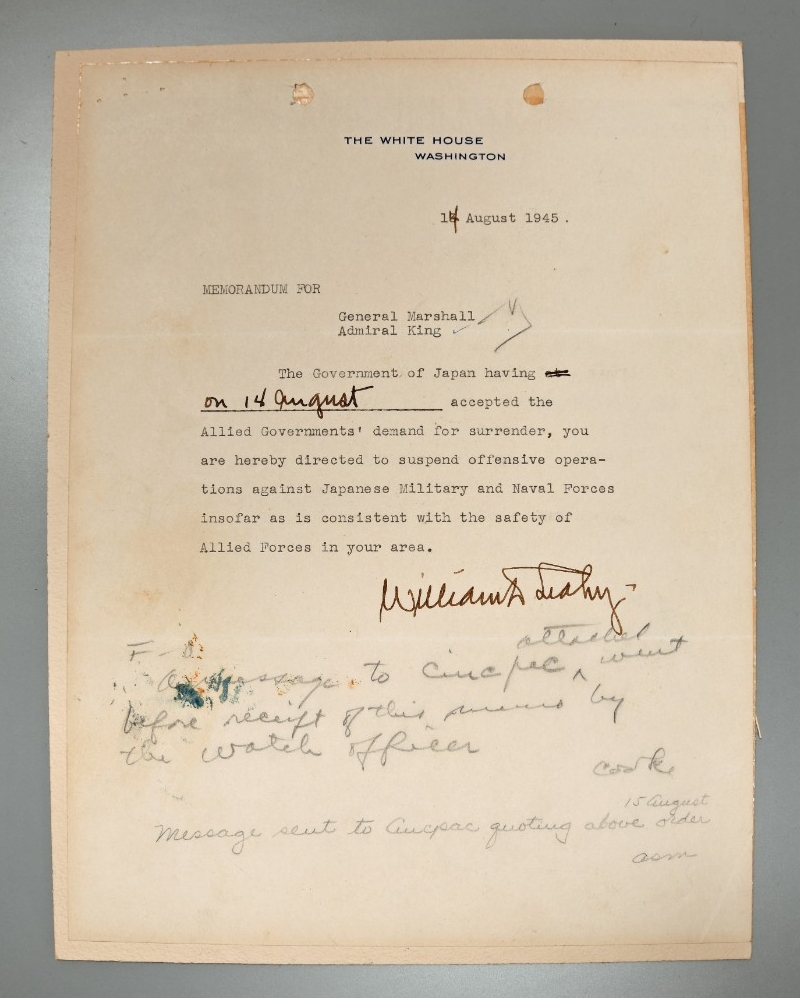 An 8” x 10 3/8” sheet of white paper dry mounted to a piece of 8 1/8” x 10 7/8” white matte board. The paper has two holes punched in the top margin. Marked below the holes is a preprinted letterhead in black reading: THE WHITE HOUSE / WASHINGTON. The paper has a typewritten message in black ink which reads:

The Government of Japan having at (crossed out in black ink) / __________________ accepted the / Allied Governments’ demand for surrender, you / are hereby directed to suspend offensive opera- / tions against Japanese Military and Naval Forces / insofar as is consistent with the safety of / Allied Forces in your area.

The memorandum is signed at the bottom in black ink “William D Leahy” and the same hand has written on the line above “on 14 August”. Below this are two notes written in pencil by two different hands, the first reading:

Fleet Admiral William Daniel Leahy served from 1942 to 1949 as Chief of Staff to the Commander in Chief for Presidents Franklin D. Roosevelt and Harry S. Truman. In this roll, Leahy was the highest-ranking member of the armed services and oversaw the Joint Chiefs of Staff, which included the Army Chief of Staff, General of the Army George C. Marshall, Jr. and Chief of Naval Operations, Fleet Admiral Ernest J. King.

The first note, signed “Cooke” was most likely written by Admiral Charles M. Cooke, Jr., who served under FADM King as Deputy Chief of Naval Operations for Operations. The reference to “Cincpac” (or CINCPAC) in both notes refers to the Commander in Chief, Pacific Fleet, the position held by Fleet Admiral Chester W. Nimitz. 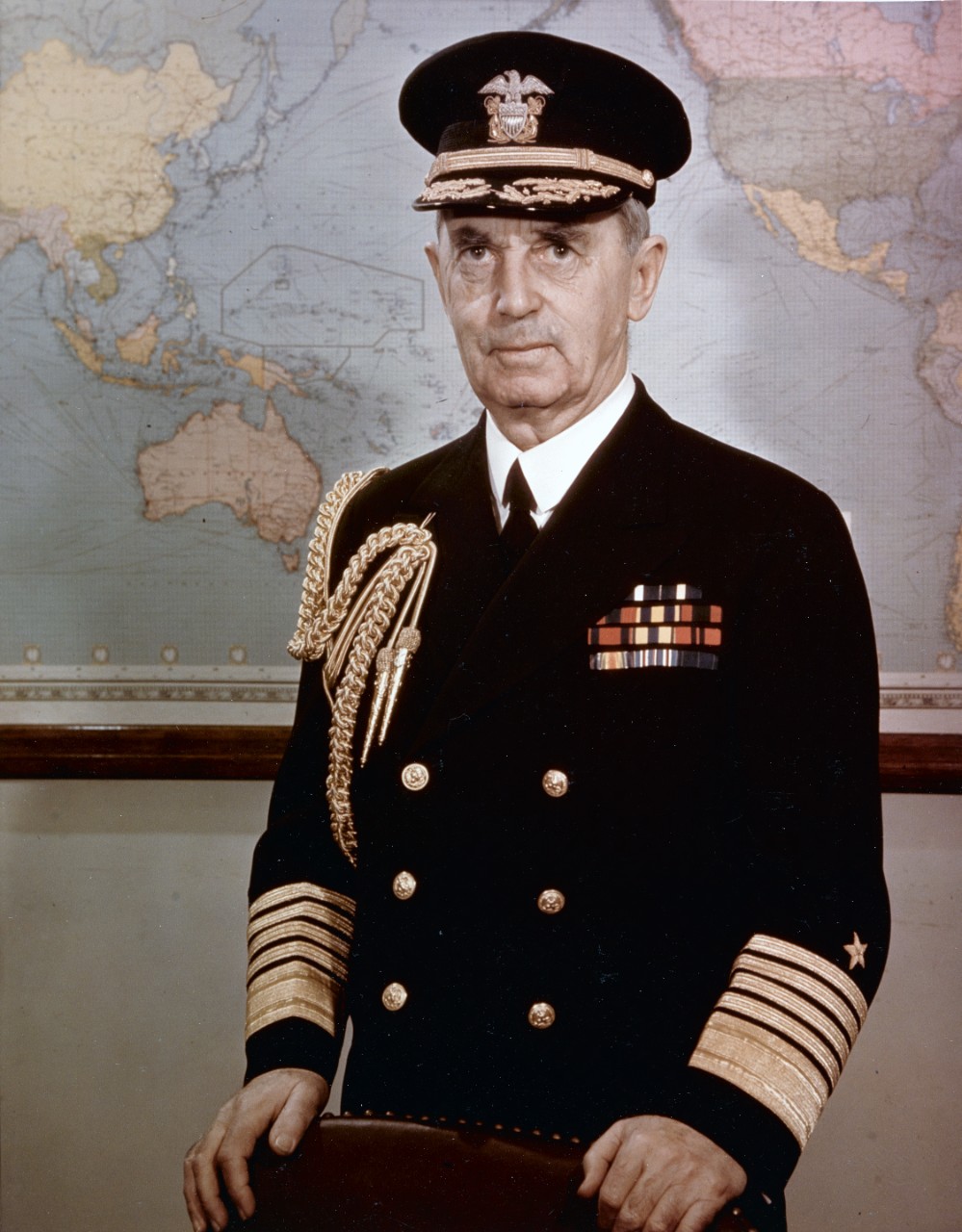 Title: Fleet Admiral William D. Leahy, USN, Chief of Staff to the President and Senior Member of the Joint Chiefs of Staff