"Eyes for the Navy" Certificate signed by Franklin D. Roosevelt 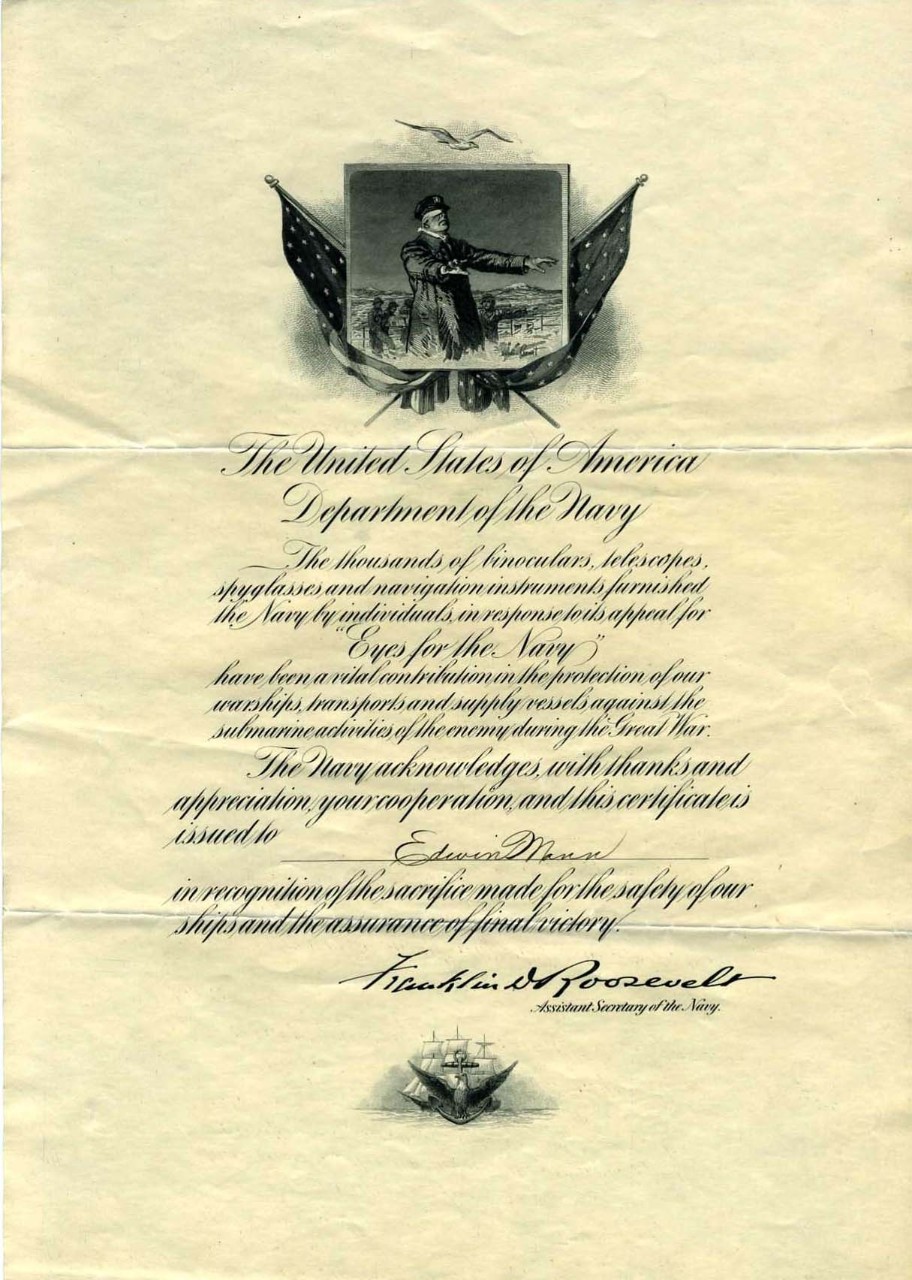 The United States of America
Department of the Navy

The thousands of binoculars, telescopes,
spyglasses, and navigation instruments furnished
the Navy by individuals in response to its appeal for

“Eyes for the Navy”

have been a vital contribution in the protection of our
warships, transports and supply vessels against the
submarine activities of the enemy during the Great War.

The Navy acknowledges with thanks and
appreciation your cooperation and this certificate is
issued to Edwin Mann in recognition of the sacrifice made for the safety of our
ships and the assurance of final victory.

Before the advent of sonar, the most reliable means of detecting a submarine was to spot its periscope above the waves. Because submarines were difficult to spot, more sailors were needed to be on the look-out. The Navy was unable to provide enough binoculars, telescopes, and spyglasses to meet this need. In response, the Assistant Secretary of the Navy, Franklin D. Roosevelt, established the “Eyes for the Navy” program whereby American citizens could loan their binoculars, spyglasses, etc. to the Navy for the duration of the war. The Navy would send that person $1 as a rental fee. Following the war, all navigational instruments not in use were returned to their original owners along with certificates like this one, thanking the individual for their help during the war.

View more artifacts associated with the "Eyes for the Navy" Program: 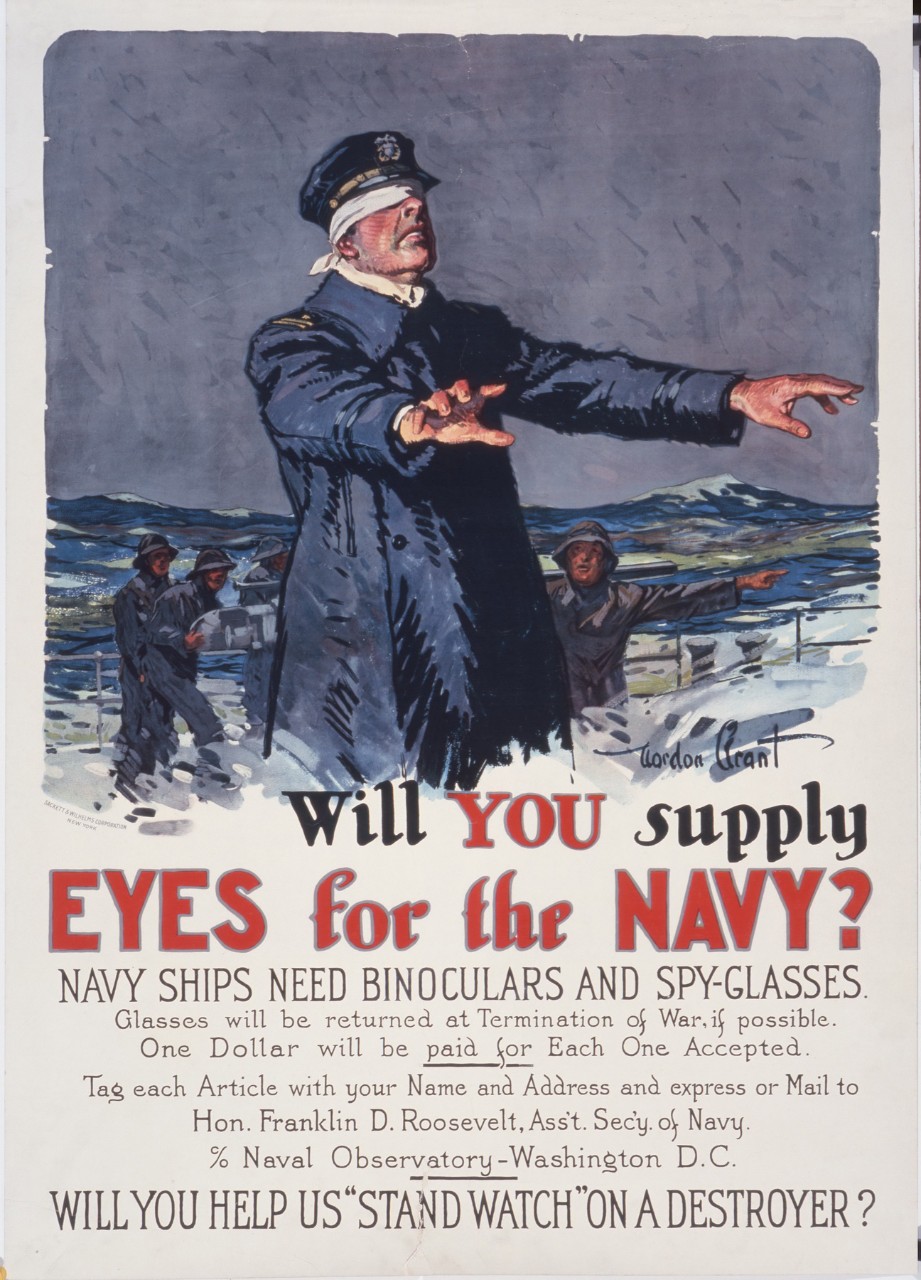