Photo of General of the Army Dwight Eisenhower and Fleet Admiral Chester Nimitz, signed by Eisenhower 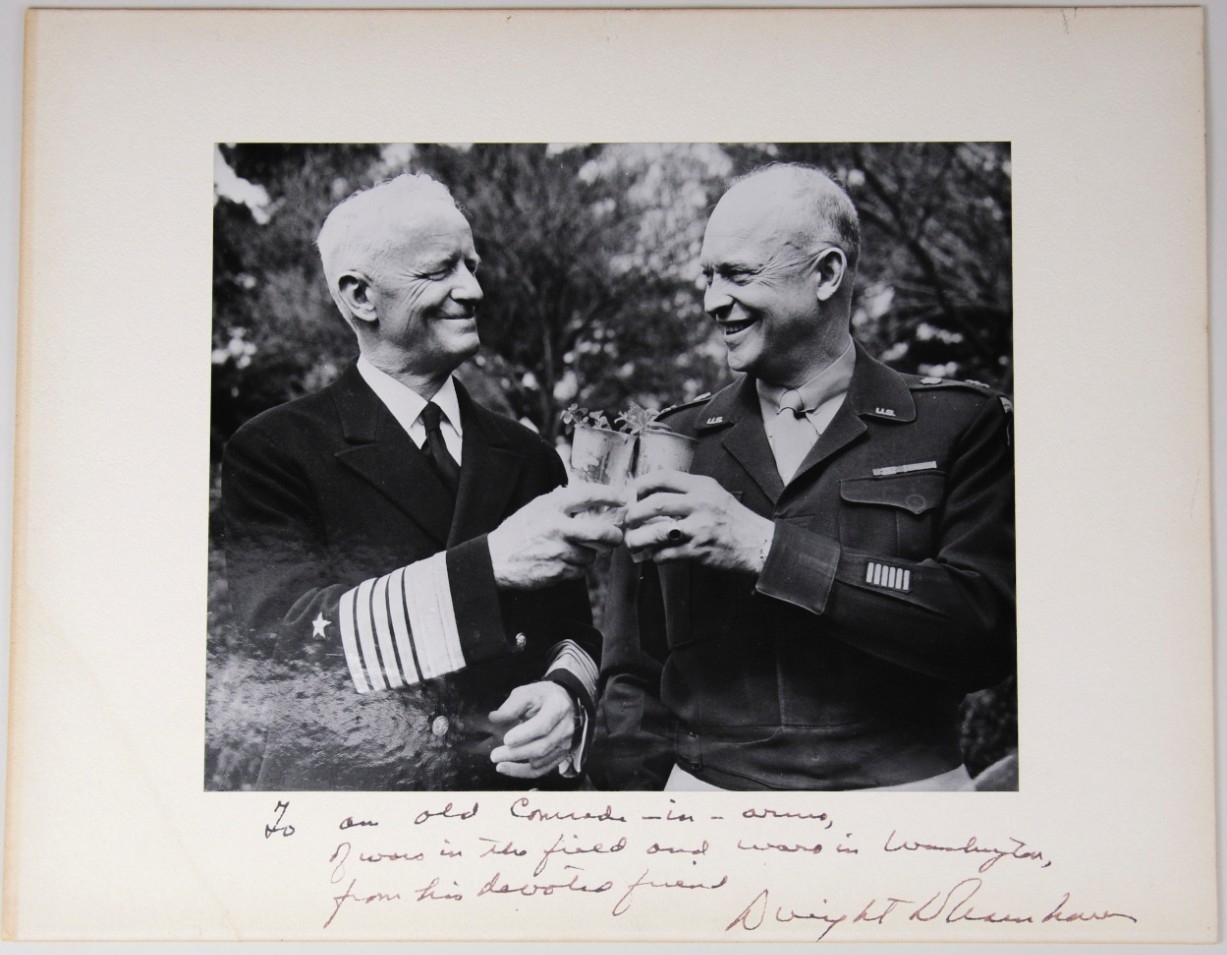 One black and white photograph of Fleet Admiral Nimitz and General Eisenhower toasting each other with what appears to be mint juleps. The photograph is mounted on mat board with a handwritten inscription below:

To an old Comrade-in arms, / of wars in the field and wars in Washington, / from his devoted friend / Dwight D Eisenhower.

A letter accompanied the signed photo that reads:

I was delighted to see again that picture of / the two of us taken in Richmond some - - too / many - - years ago, and grateful to you for inscribing one copy for me.

The other is being returned to you with this / note. It brings to you my best wishes for your / health and happiness and, as always, my warm / regards.

Following World War II, Nimitz and Eisenhower were appointed Chief of Naval Operations and Chief of Staff of the Army, respectively, both serving as members of the Joint Chiefs of Staff. The photo and letter were sent to Nimitz in 1957 in the midst of Eisenhower's term as President.