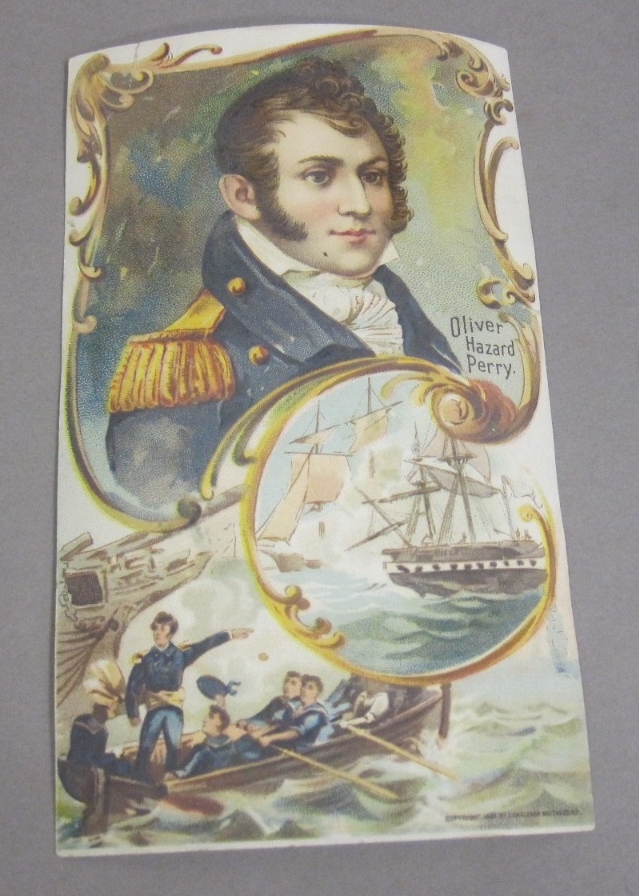 One Oliver Hazard Perry collectible card from Clark's Thread Company. On the obverse is a profile bust of Commodore Oliver Hazard Perry with a recreation of the painting Battle of Lake Erie by William Henry Powell, and two sailing ships fighting. Artwork on obverse has "COPYRIGHT 1894 BY DONALDSON BROTHER NY." On the reverse is an advertisement for the Clark Thread Company that reads "The Best Thread  /  For / All Sewing Machines / is Clark's / Mile-End / Spool Cotton / Best Six Cord / In / White, Black, / and / All Colors" The biography printed on the reverse reads:

COMMODORE OLIVER H. PERRY was born at South Kings- / ton, R.I., August 23d, 1785  He Belonged to a seafaring / family. His father was a captain in the Navy of the Revolution, / and all of his four brothers became officers in the U.S. Navy, and / did excellent service in the war of 1812.

He was a midshipman on the "Adams," of the fleet sent to make / peace with the Barbary States, and by the time he was twenty-one / he had reached the rank of lieutenant.

In the war of 1812, Perry was put in command of a flotilla to / defend Newport, with the rank of master commandant, and in the / following February was ordered to Lake Erie to build two brigs and / command a fleet to engage the British vessels already on the lake. / He assisted Commodore Chauncey in making a successful attack on / Fort George. Soon after he fought the famous battle of Lake Erie / with but fifty-four guns to sixty of the British. When they met / they gave the British the advantage for a while, and Perry's flag- / ship was badly damaged. He was obliged to leave it, and in the / thick of the fight, took an open boat to the "Niagara," half a mile / away, and in seven minutes compelled the surrender of the British / flagship, which was quickly followed by that of their other vessels.

Perry afterward fought the Algerine pirates, and later those in / the West Indies, where he died of yellow fever as he was entering / the harbor of Port Spain, in the Island of Trinidad, on his thirty- / fourth birthday, 1819.

Commodore Perry is famously known for the quotes: "Dont Give Up The Ship" and "We have met the enemy and they are ours." 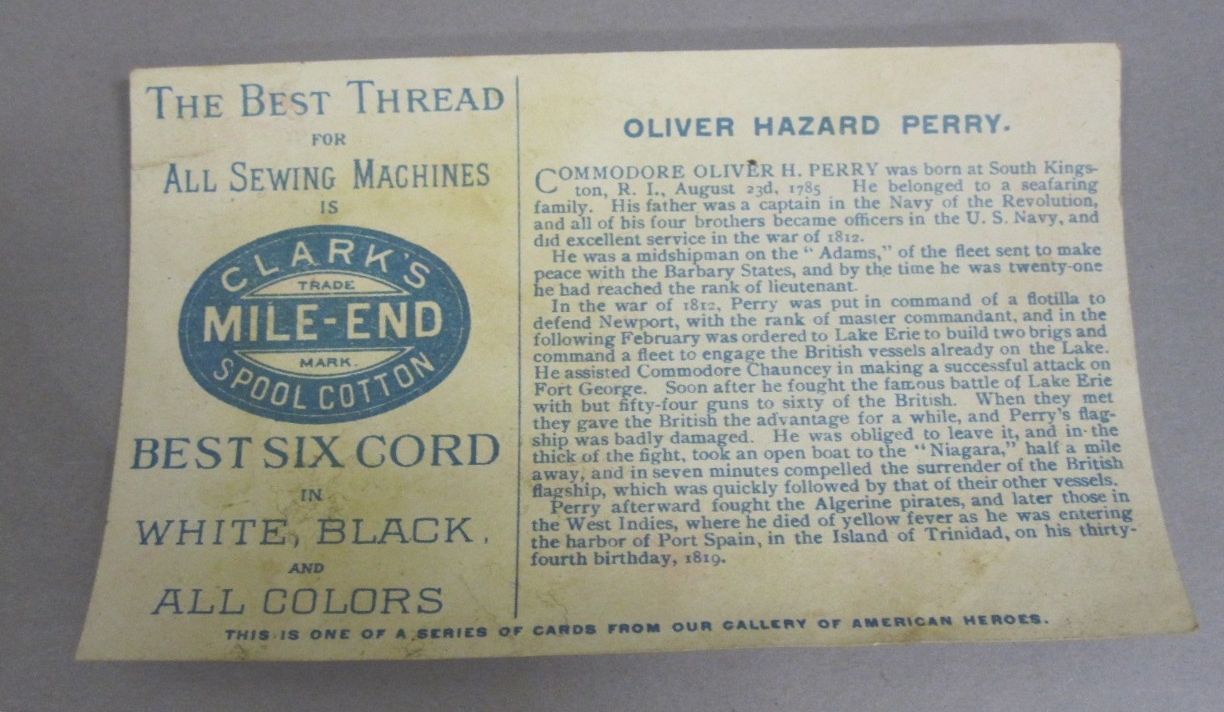