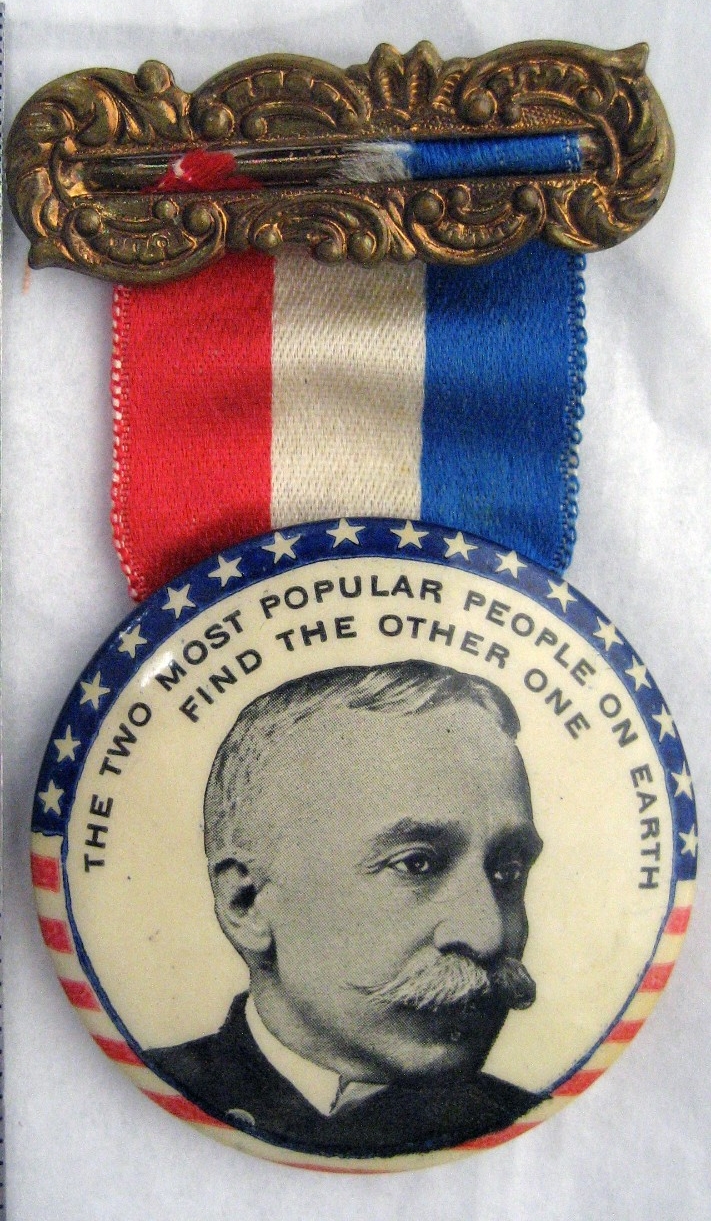 One George Dewey campaign pin. The pin is paper with a celluloid cover. The obverse pin has a bust of Admiral Dewey with the text "The two most popular people on Earth/Find the other one." Seventeen white stars on a blue field border the top of the pin with six alternating red and white stripes border the bottom of the pin. The reverse of the pin is a metal mirror. The pin is attached to a red, white, and blue ribbon with a pin and clasp brooch with scrollwork on the obverse.

Riding on his popularity following the Spanish-American War, Admiral George Dewey briefly explored a run for President of the United States on the Democratic ticket in 1900. This exploration produced campaign materials like this pin. After a series of missteps in his campaign and support for his candidacy waning, he withdrew from the campaign. Many supporters encouraged the Democratic nominee, William Jennings Bryan, to consider Dewey as his running mate, but Dewey himself opposed the idea. From 1900 until his death in 1917, Admiral Dewey served on the General Board of the United States Navy

If Dewey’s campaign had been successful, he would have been the first in a line of Presidents who had previously served before the mast. 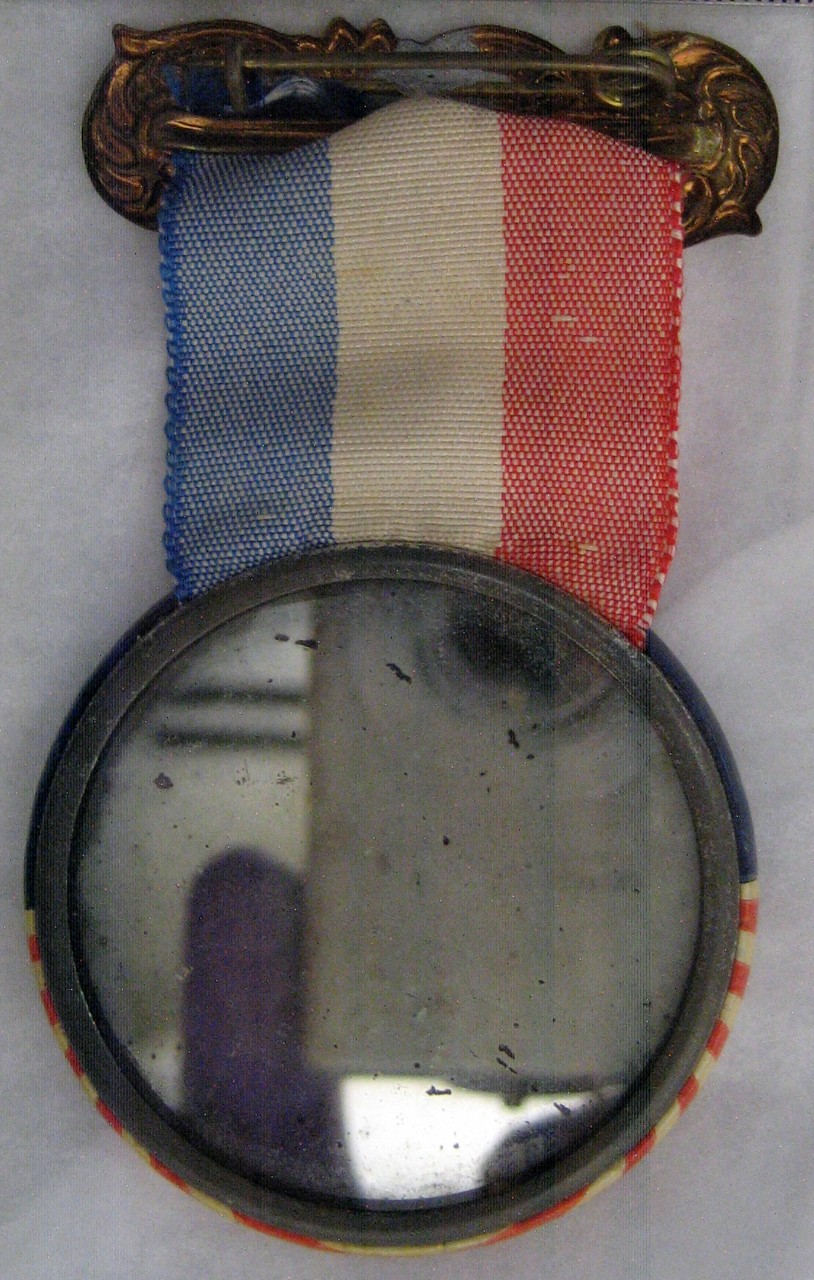