Pen used at the signing of the terms of surrender of Mili Atoll by Japanese forces, 22 August 1945

One 8.125-inch long “dip” style writing pen consisting of a 0.5-inch diameter holder with a tapered, black enamel painted wood body with a rounded brass ferrule at the front holding a tubular steel nib with a sharp point with split tips. The holder is marked down its length in white: SPENCERIAN PEN CO MADE IN USA. The Spencerian Steel Pen Company of New York was founded in 1858 and named for Platt Rodgers Spencer, an early American advocate of penmanship.

The pen is accompanied by a rectangular, white paper envelope with black printed lettering on the obverse that reads: NAVY DEPARTMENT / OFFICIAL BUSINESS / PENALTY FOR PRIVATE USE TO AVOID / PAYMENT OF POSTAGE, $300 / (PMGC). The envelope also has a handwritten note on the obverse in black ink that reads:

This pen was used to sign / the first surrender of any Japanese / Territory. The document of surrender / was signed on board the U.S.S. Levy / D.E. 166 in Mille Atoll Lagoon, /  Marshall Islands at 1232 pm, 22 August / by Captain Masanari Shiga, Imperial Japanese / Navy and accepted by Capt. H.B.Grow USNR, / atoll commander Majuro.

The pen was used in signing the surrender of Japanese forces stationed on Mili Atoll (also spelled Mile or Mille), a coral atoll in the Marshall Islands. Japan gained control of Mili Atoll when it seized German possessions in the South Seas in October 1914. The atoll was heavily fortified during World War II, with a radar station, seaplane base, landing strips and a garrison of over 5000 men by 1943. However, Mili was bypassed by US forces during the course of World War II and isolated, and became the first Japanese garrison to capitulate.

Captain Masanari Shiga, commander of the Imperial Japanese Navy’s 66th Guard Unit and the senior officer on Mili, surrendered the garrison on 22 August 1945. The surrender ceremony took place aboard USS Levy (DE-162), a Cannon-class destroyer escort. (Note that the ship’s hull number was recorded incorrectly on the envelope). 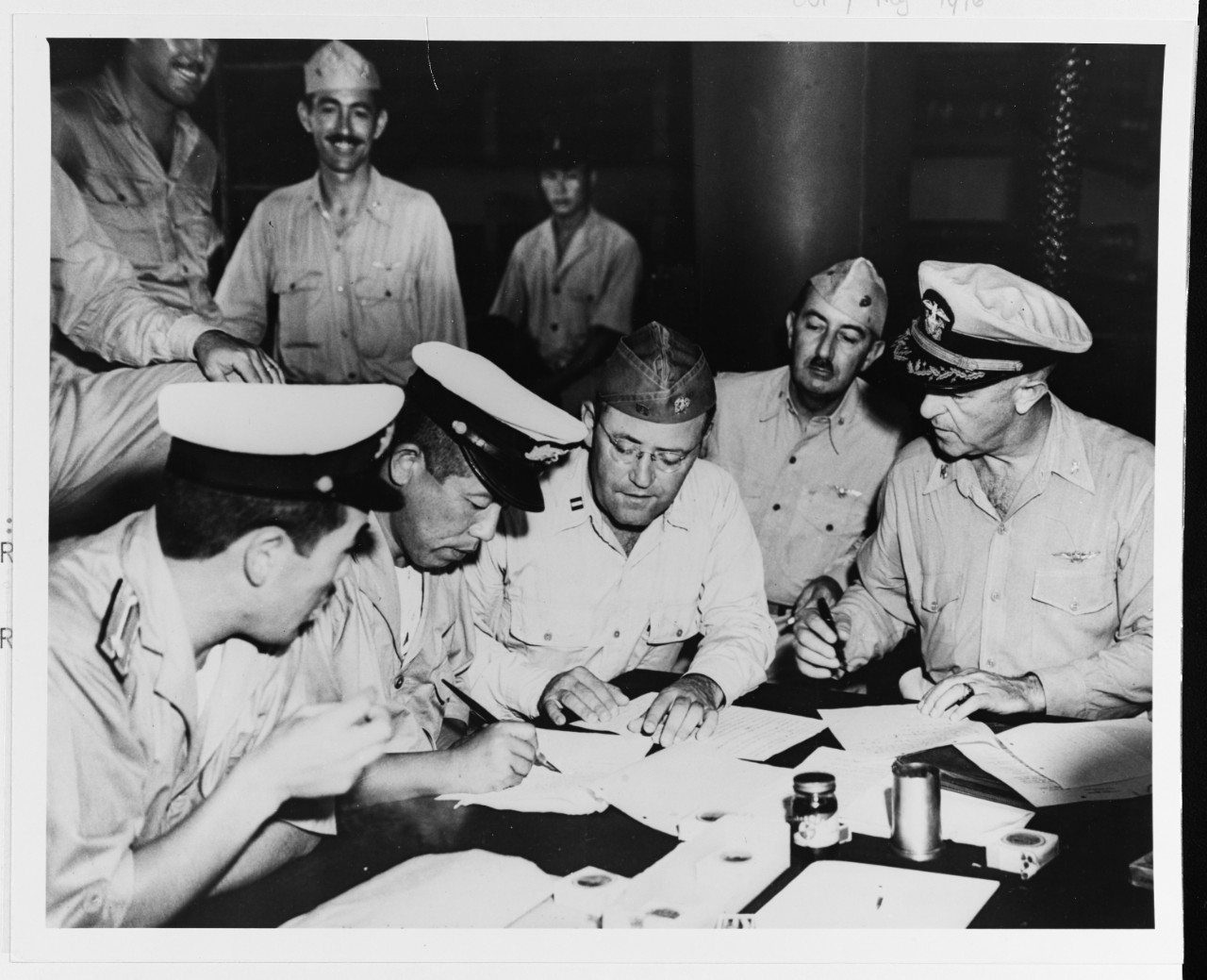 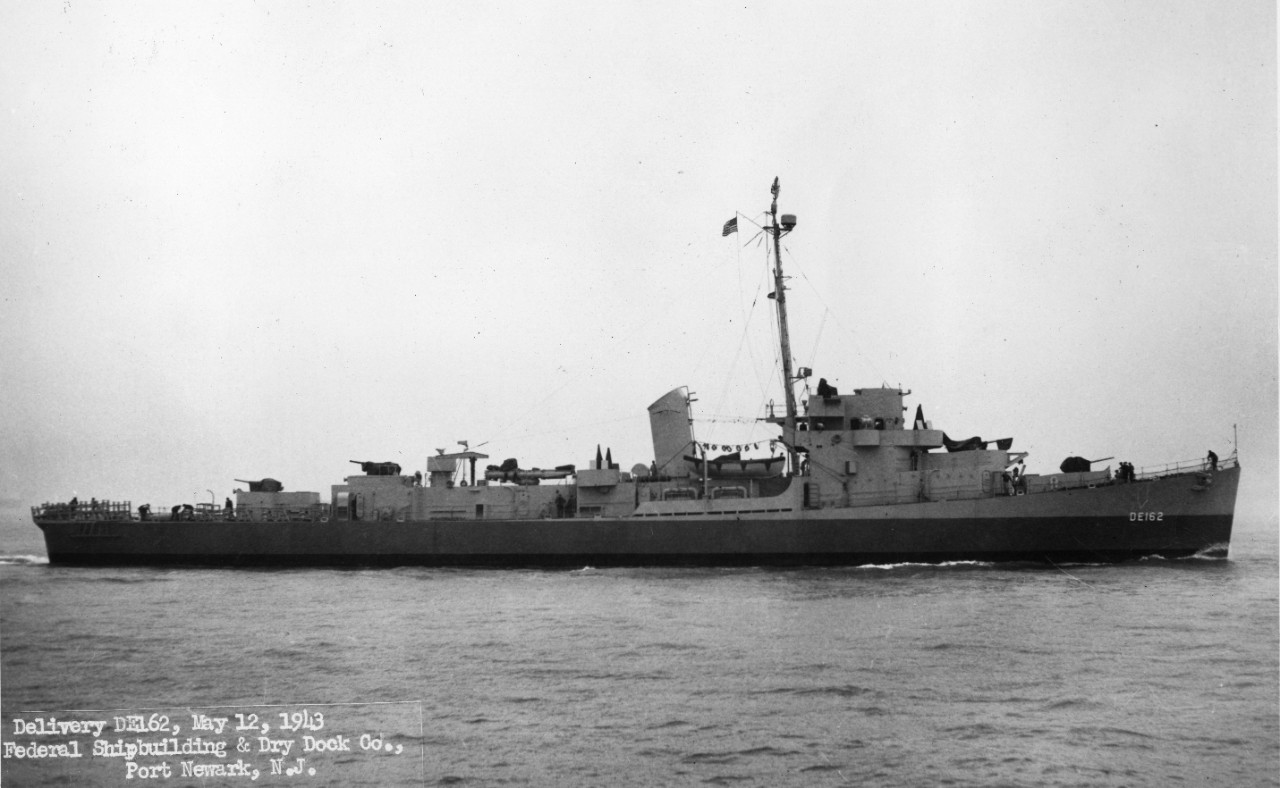