MIA Letter Sent to Mrs. Woodson Concerning the Disappearance of Her Husband, LTJG Jeff Davis Woodson, at the Battle of Midway 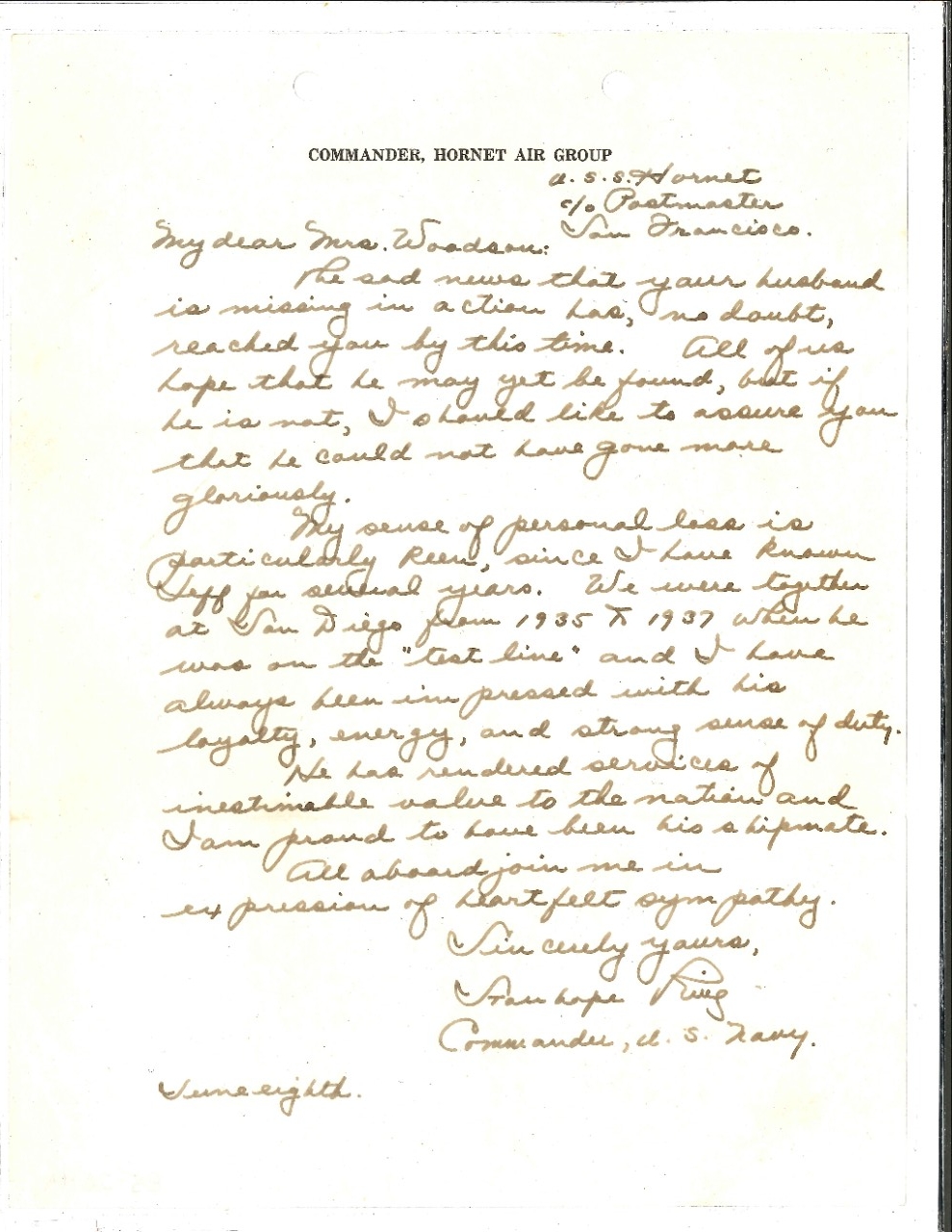 One handwritten letter from Commander, Hornet Air Group, to Mrs. Woodson concerning her husband, LTJG Jeff Davis Woodson, who was missing in action (MIA) following the Battle of Midway.

My dear Mrs. Woodson,
The sad news that your husband is missing in action has, no doubt, reached you by this time. All of us hope that he may yet be found, but if he is not, I should like to assure you that he could not have gone more gloriously.
My sense of personal loss is particularly keen, since I have known Jeff for several years. We were together at San Deigo from 1935 to 1937 when he was on the “test line” and I have always been impressed with his loyalty, energy, and strong sense of duty.
He has rendered service of inestimable value to the nation and I am proud to have been his shipmate.
All aboard join me in expressions of heartfelt sympathy.

LTJG Jeff Woodson was a pilot with Torpedo Squadron 8 (VT-8) flying TBD-1 Devastators from the aircraft carrier USS Hornet (CV-8). On the morning of 4 June 1942, fifty-nine aircraft took off from the Hornet, among them fifteen planes of VT-8, to attack the Japanese fleet near Midway Island. Of those fifteen, only one returned from the mission. Woodson’s plane was never recovered. He was listed as Missing in Action (MIA) on 4 June and presumed dead on 5 June. Woodson and the other pilots of VT-8 were awarded the Navy Cross for their actions during the Battle of Midway.