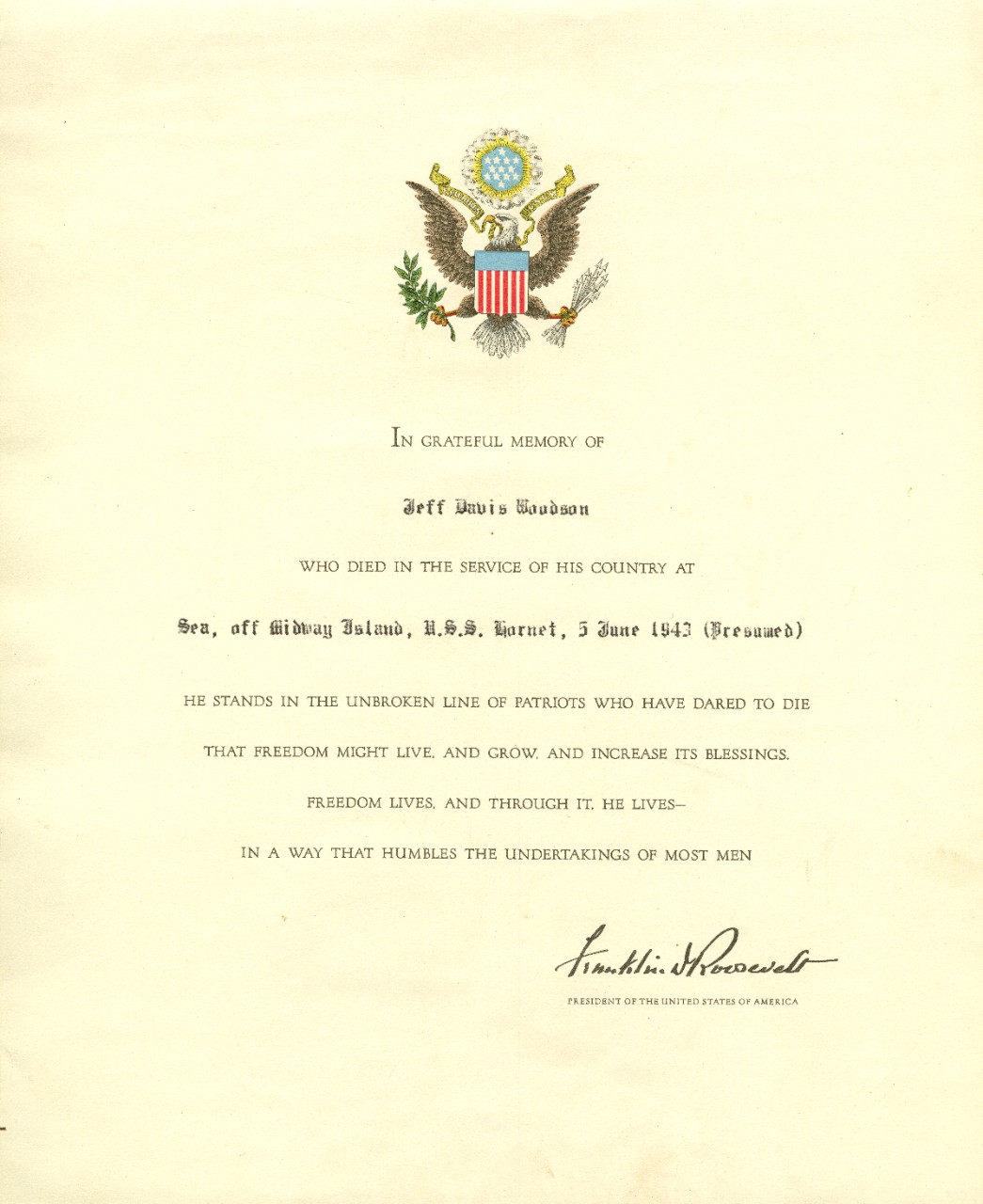 "In Grateful Memory of

who died in the service of his country at

that freedom might live, and grow, and increase its blessings.

Freedom lives. And through it, he lives-

in a way that humbles the undertakings of most men

President of the United States of America"

On the morning of 4 June 1942, fifty-nine aircraft took off from the aircraft carrier USS Hornet (CV-8), among them fifteen planes of Torpedo Squadron 8 (VT-8), to attack the Japanese fleet near Midway Island. Of those fifteen, only one returned from the mission. Woodson’s plane was never recovered. He was listed as Missing in Action (MIA) on 4 June and presumed dead on 5 June. Woodson and the other pilots of VT-8 were awarded the Navy Cross for their actions during the Battle of Midway.