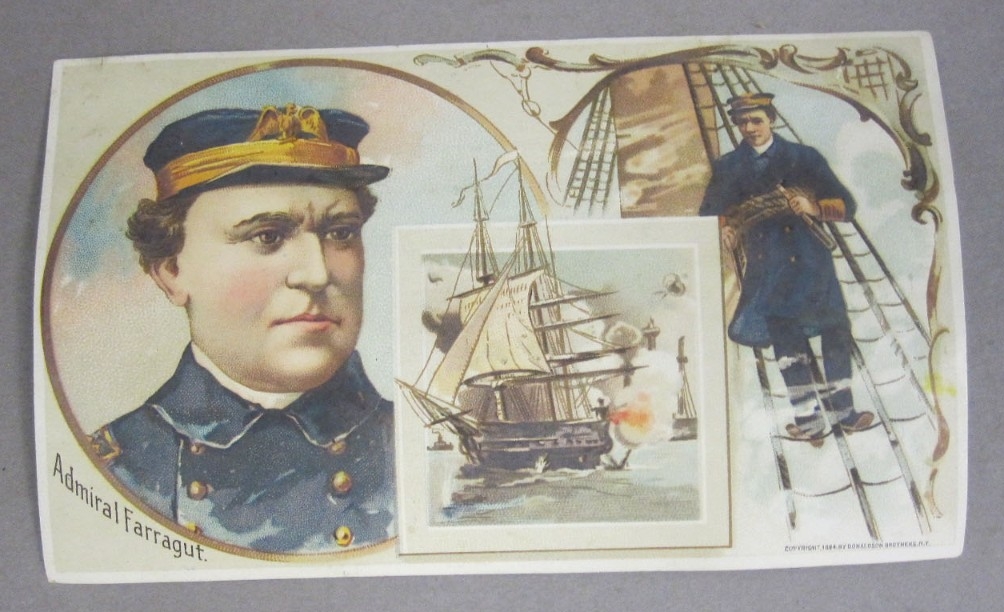 One Admiral Farragut collectible card from Clark's Thread Company Gallery of American Heroes. On the obverse is a profile bust of Admiral David Glasgow Farragut, depictions of a ship firing its cannons and Farragut lashed to the shio's rigging. On the reverse is an advertisement for Clark Thread Company that reads: "The Best Thread / for / All Sewing Machines / is / Clark's Mile End Spool Cotton / Best Six Cord / in / White, Black / and / All Colors." The biography of ADM Farragut reads:

DAVID GLASCOE FARRAGUT was born near Knoxville, / Tenn., July 5th, 1801. When he was a lad eleven years old, / he first entered the country's service on board Captain Porter's / famous "Essex" in the war of 1812, where he behaved with such /  bravery that he was mentioned for a promotion.

Some time after, he was appointed a lieutenant and served in the / West Indies, at the Norfolk, Va., Navy-Yard, and at the Mare / Island Navy-Yard, in California. Soon after the outbreak of the / Rebellion, Farragut was put in command of seventeen great war / ships and ordered to capture New Orleans. It was no easy matter, / as New Orleans was very strongly defended by forts built sixty / miles below the city. He fought them for a week without effect, / and then tried the dangerous task of running past them. History / tells how well he succeeded and how well he also contended against / fire-rafts, gun boats, and the terrible iron-clad ram, Manassas. A / desperate battle settled the question, the Southern fleet was de- / stroyed; and New Orleans was forced to surrender. This was one / of the most terrible naval battles ever fought. He asssisted in the / capture of Vicksburg, and gained another famous victory in Mobile / Bay. For this a new rank was created in the navy making him a / full Admiral. He died at Portland, Maine, August 14, 1870.

Admiral Farragut is famous for the quote "Damn the Torpedoes, Full Speed Ahead," purportedly uttered during the Battle of Mobile Bay. 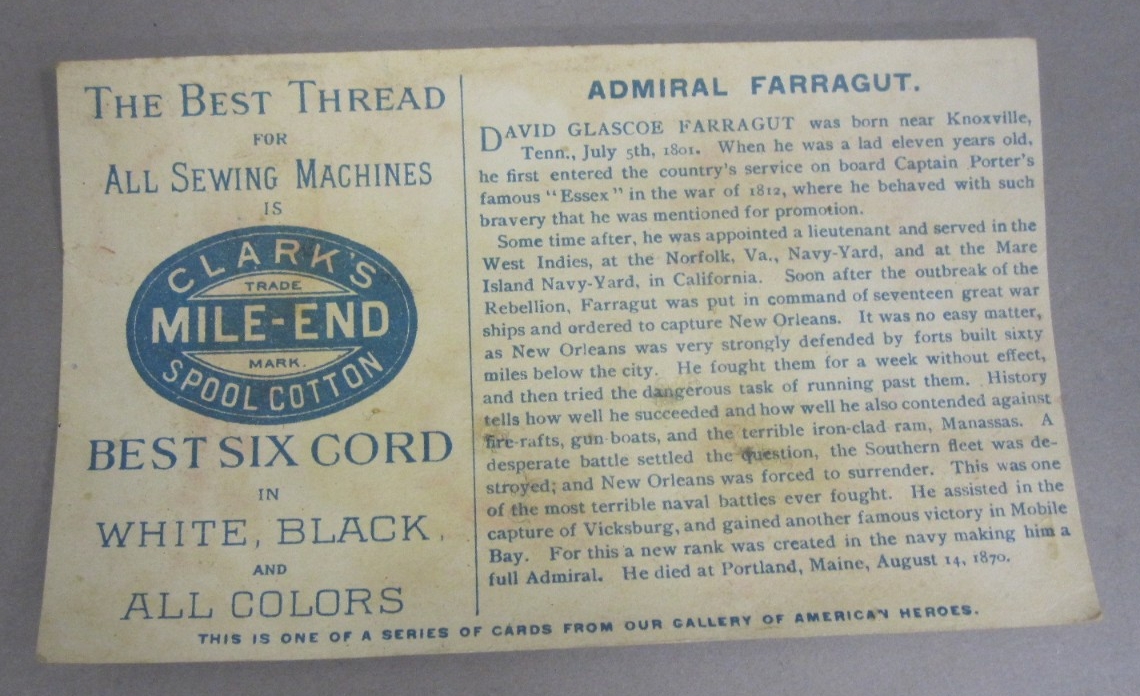