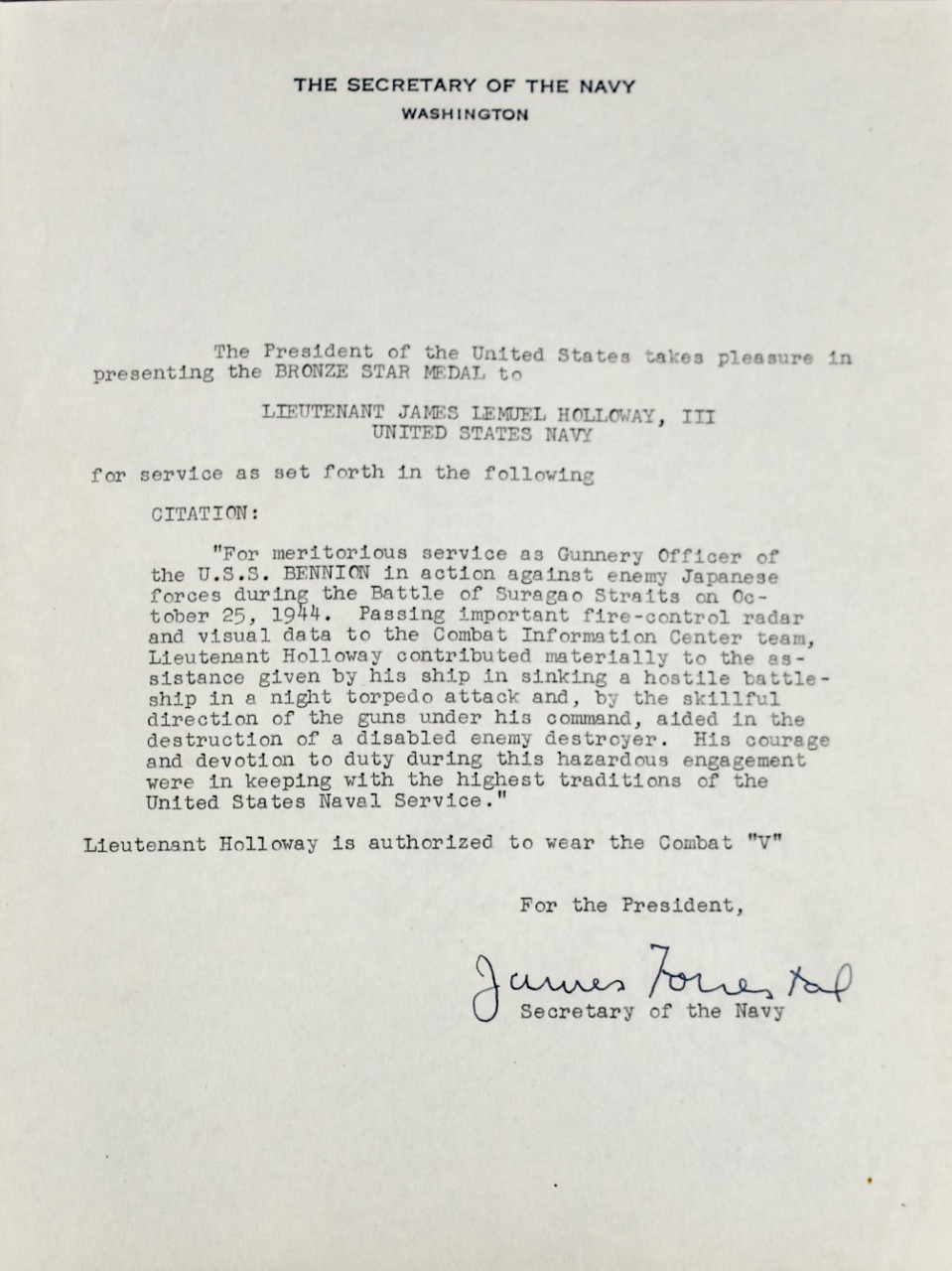 The text of the letter reads:

The Secretary of the Navy
Washington

The President of the United State takes pleasure in presenting the BRONZE STAR MEDAL to,

For service as set forth in the following

“For meritorious service as Gunnery Officer of the U.S.S. BENNION in action against enemy Japanese forces during the Battle of Suragao Straits on October 25, 1944. Passing important fire-control radar and visual data to the Combat Information Center team, Lieutenant Holloway contributed materially to the assistance given by his ship in sinking a hostile battleship in a night torpedo attack and, by the skillful direction of the guns under his command, aided in the destruction of a disabled enemy destroyer. His courage and devotion to duty during this hazardous engagement were in keeping with the highest traditions of the United States Naval Service.”

Lieutenant Holloway is authorized to wear the Combat “V”

James Forrestal
Secretary of the Navy

Future Navy pilot and CNO, Lieutenant James L Holloway served on the USS Bennion (DD-662) as the Gunnery Officer at the Battle of Surigao Strait during the Battle of Leyte Gulf. This letter awards LT Holloway the Bronze Star with V combat device. The letter is signed by James Forrestal, Secretary of the Navy. Admiral Holloway would continue on after the war to become a Navy Aviator and see actions in the Korean War and Vietnam War before becoming Chief of Naval Operations from 1974-1978.

The Bronze Star is awarded for heroic or meritorious service in connection with operations against enemy forces. The V combat device signifies that the award is for distinguished actions in combat. The V stands for valor.