Flight Log of LTJG Jeff Davis Woodson, Lost at the Battle of Midway 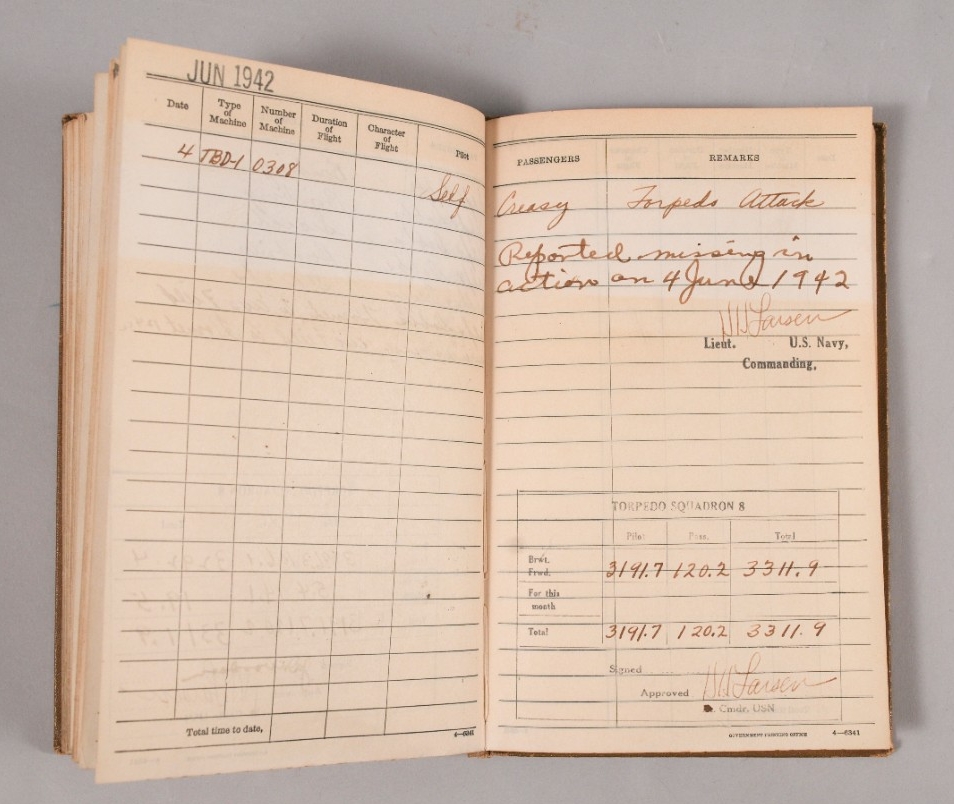 The log ends abruptly on 4 June 1942. The last entry lists his plane as a TBD-1, Number 0308, one passenger, his mission a torpedo attack. Below this entry is written “Reported missing in action on 4 June 1942,” signed by Lieut. HH Larsen, US Navy, Commanding.

On the morning of 4 June 1942, fifty-nine aircraft took off from the aircraft carrier USS Hornet (CV-8), among them fifteen planes of Torpedo Squadron 8 (VT-8), to attack the Japanese fleet near Midway Island. Of those fifteen, only one returned from the mission. Woodson’s plane was never recovered. He was listed as Missing in Action (MIA) on 4 June and presumed dead on 5 June. Woodson and the other pilots of VT-8 were awarded the Navy Cross for their actions during the Battle of Midway. 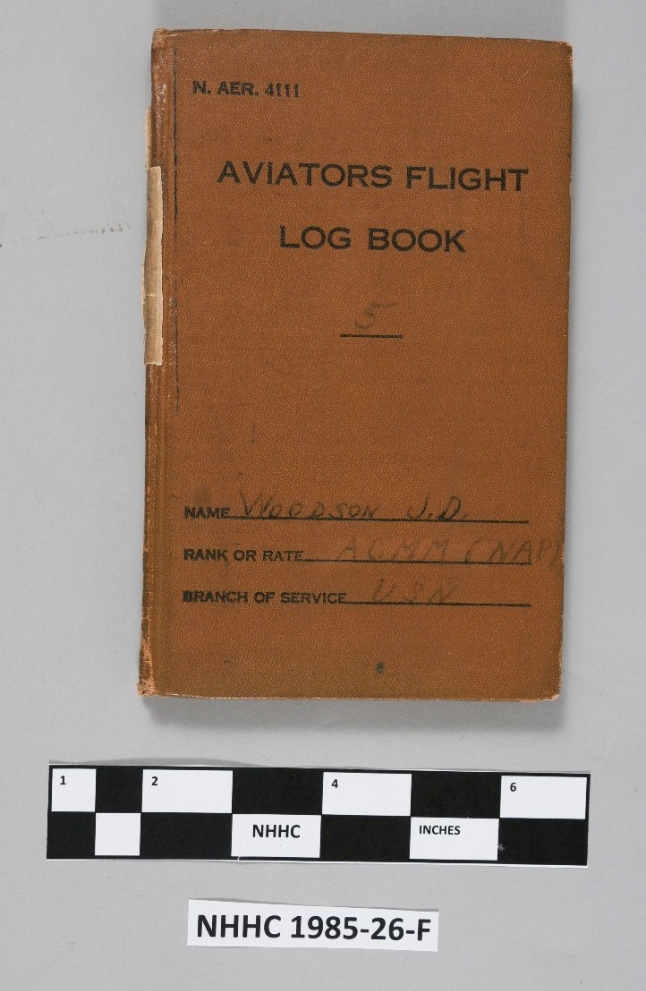 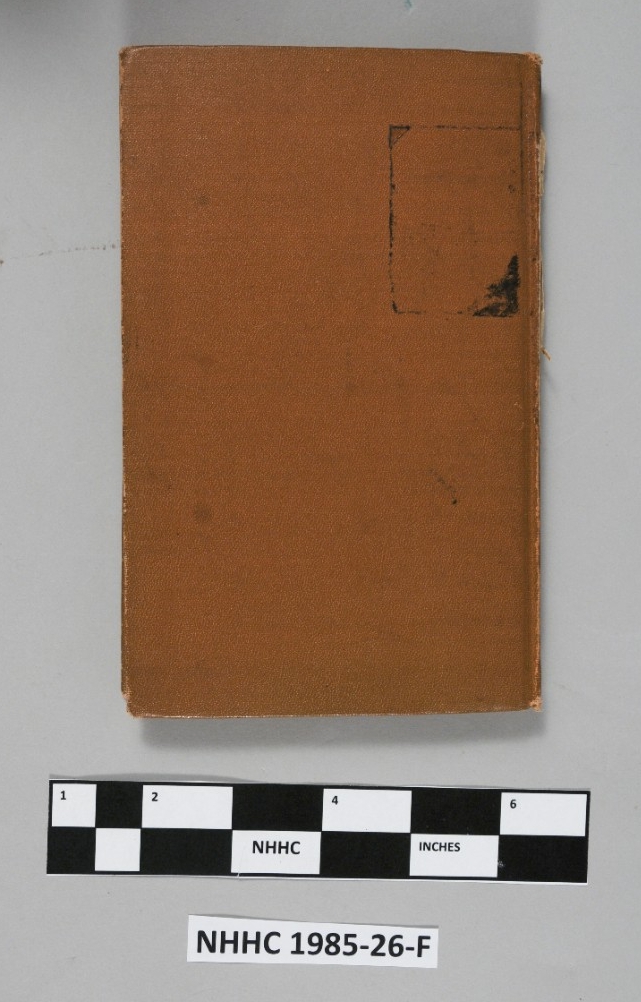