The use of signals at sea, including flags, is first mentioned in Greek mythology and confirmed in the ancient writings of Virgil and Polybius. Prior to the development of radio, visual signals were essential for communication at sea, and despite advances in technology, remain important today. The use of flag signals by the Royal Navy is documented as early as 1530, and evolved into an unwieldy system later simplified by Admiral Lord Howe and others in the late 1700s.

The importance of secure communication that cannot be understood by an enemy was recognized in ancient Greece and Rome, and has become essential to national security in the modern world. Throughout the history of the US Navy, signal books have been considered important secret documents because they permit a reader of a signal book to understand communications by anyone else using the same edition of the book. For example, when the signal book on the American frigate Chesapeake was captured by the Royal Navy frigate Shannon in June 1813, a crisis in US Navy communications security occurred. Within a short time the Royal Navy had reprinted and distributed the captured signal book, allowing British commanders to understand secret US Navy flag signals. Due to the compromise of the signal book's security, a new book was issued later in the year.

The earliest known signal book used by the US Navy is Thomas Truxtun's Instructions, Signals, and Explanations, Ordered for the United States Fleet (1797), located in the collection of the Navy Department Library. Other early signal books in the collection include David Porter's A Code of Signals (1809); and The Sailing and Fighting Instructions or Signals as They are Observed in the Royal Navy of Great Britain (circa 1715), one of numerous books, now located in the library, from the personal collection of Rear Admiral George Henry Preble, USN, (1816-1885). 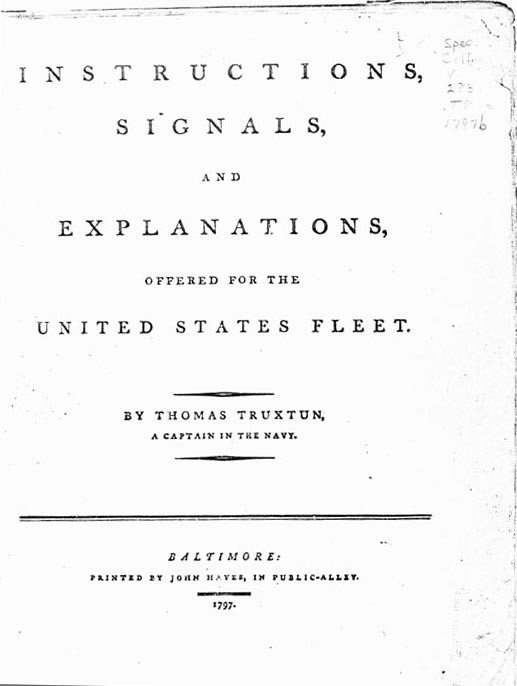 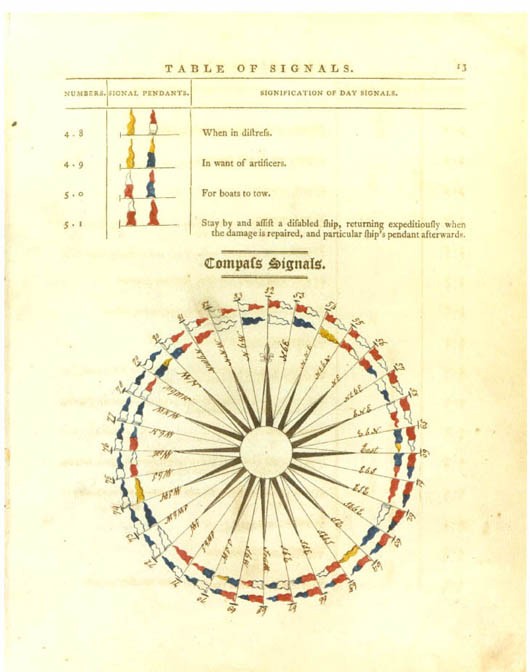 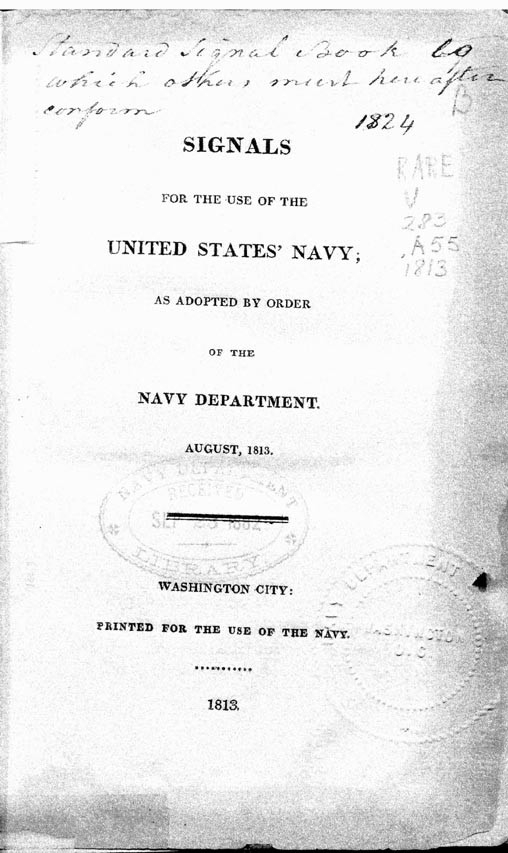 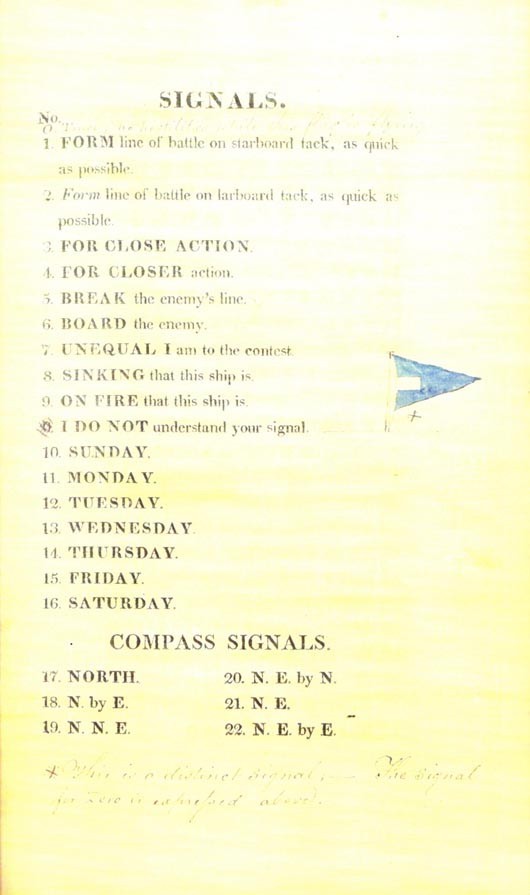 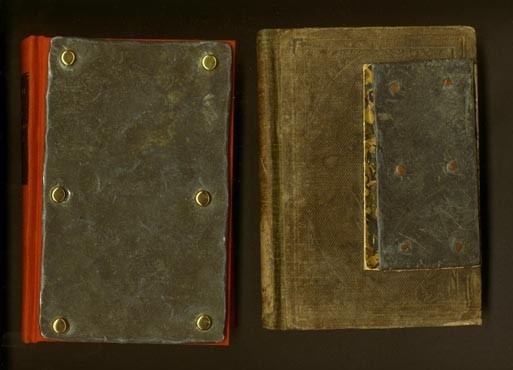 To prevent the capture of these sensitive documents by Confederate forces, the books were weighted with lead so that they would sink when thrown overboard (US Navy instructions on the destruction of signal books, 1863).

In today's Navy, to prevent enemy recognition or reconstruction of security classified materials, they can be destroyed by burning, by shredding, pulping, melting, chemical decomposition, mutilation, or pulverization. In an emergency at sea, classified documents (placed in lead-weighted bags) may be jettisoned from a ship when the water depth is at least 600 feet. 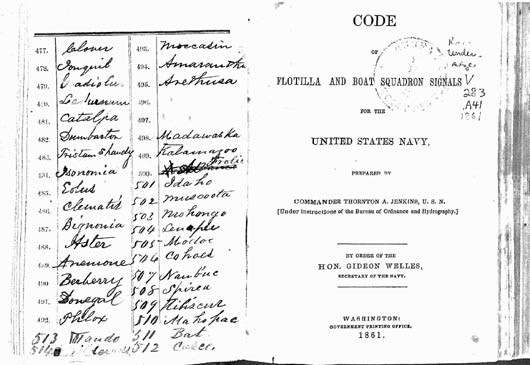 Code of flotilla and boat squadron signals for the United States Navy.

Prepared by Thornton A. Jenkins. [under instructions of the Bureau of Ordnance and Hydrography.] By order of the Hon. Gideon Welles. Washington: Government Printing Office, 1861. xiv, 191 p., illus. (part colored), 16 cm.

The Navy Department's copy has bound-in material not shown in the pagination. At the front are two lined leaves, each carrying hand drawn and hand colored signal flags, 26 in number. The signal flags identify vessels including Ariel, De Soto, Fort Henry, Gem of the Sea, Honduras, Pursuit, Restless, Sagamore, San Jacinto, Stars & Stripes, and Wanderer. These signal flags are followed by a series of blank and lined leaves and then a list of 512 United States vessels, some vessel names in manuscript.