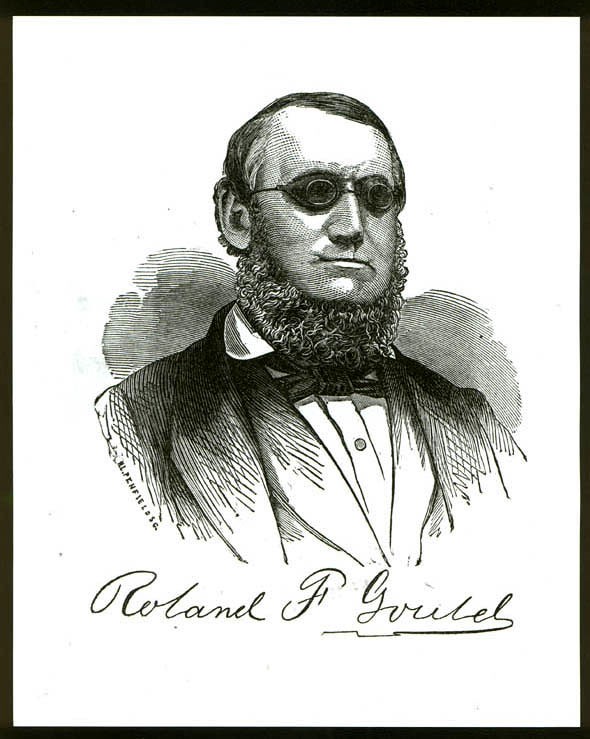 The Life of Gould, an Ex-Man-of-War's-Man, with Incidents on Sea and Shore, Including the Three Year's Cruise on the Line of Battle Ship Ohio, on the Mediterranean Station, under the Veteran Commodore Hull. Clarement, N.H.: Printed by the Claremont manufacturing co., 1867. 2, [vii]-xi, [1], [13]-239, [1] p. including plates and portrait, 18 cm.

Gould entered naval service during June 1838. He was assigned to USS Ohio on October 13, 1838, and his vessel subsequently deployed to the Mediterranean. His three-year account is primarily oriented at personal experiences, shipboard and squadron life, and travel, as opposed to reform of the naval system. His running account covers Atlantic passage, rumors of war, quarantine, death of Commodore Paterson, theatre on board Ohio, the French fleet, shipboard dance, Turkish steam frigate, quarrel between two midshipmen, Commodore Hull's address to the crew, mutinous and discontented feelings of crew members, abuses of seamen, use of alcohol by a midshipman, whaling, and much description of places visited. 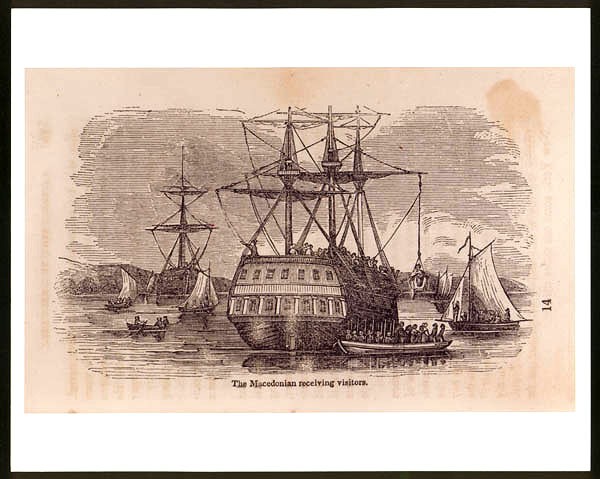 Thirty Years from Home, or a Voice from the Main Deck; Being the Experience of Samuel Leech, Who Was Six Years in the British and American Navies: Was Captured in the British Frigate Macedonian: Afterwards Entered the American Navy, and Was Taken in the United States Brig Syren, by the British Ship Medway. Embellished with Engravings. Boston: Tappan & Dennet, 1843. [i]-xvi, [17]-305,[1]p., illus., 16 cm.

"My first impressions of the American service were very favorable. The treatment on the 'Syren' was more lenient and favorable than in the 'Macedonian.' The captain and officers were kind, while there was total exemption from that petty tyranny exercised by the upstart midshipmen in the British service. As a necessary effect, our crew were as comfortable and as happy as men ever are in a man of war." Leech was taken prisoner on July 12, 1814, when HMS Medway took USS Syren. He gives good account of his imprisonment. He subsequently served on board USS Boxer.