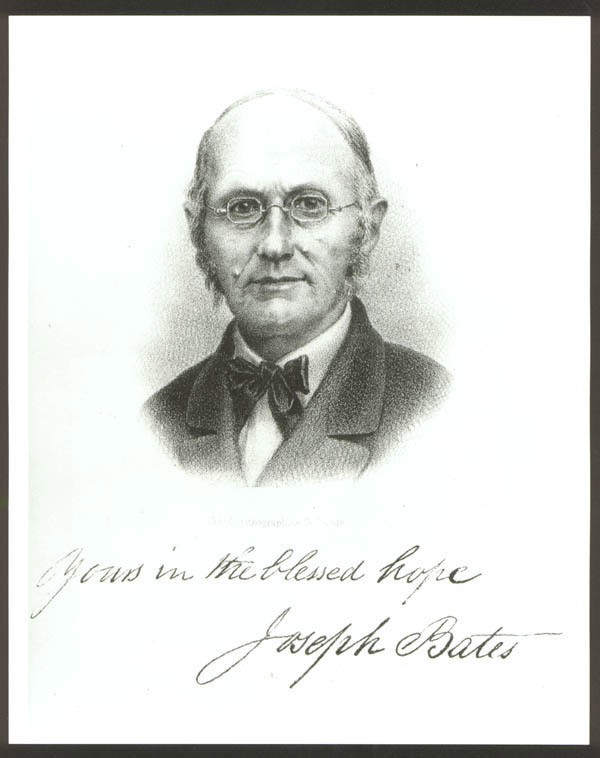 The Autobiography of Elder Joseph Bates; Embracing a Long Life on Shipboard, with Sketches of Voyages on the Atlantic and Pacific Oceans, the Baltic and Mediterranean Seas; Also Impressment and Service on Board British War Ships, Long Confinement in Dartmoor Prison, Early Experience in Reformatory Movements; Travels in Various Parts of the World and a Brief Account of the Great Advent Movement of 1840-44. Battle Creek, Mich.: Steam Press of the Seventh-day Adventist Publishing Association, 1868. 318 p., port., 18 cm.

A native of Massachusetts, Bates began his seafaring life in June 1807 as a cabin boy. By April 27, 1810, his taking to the sea had resulted in impressment in the Royal Navy. With the outbreak of war in 1812, he became a prisoner-of-war on board "Crown Princen, formerly a Danish 74-gun ship, a few miles below Chatham dock-yard, and seventy miles from London. . . . Here about seven hundred prisoners were crowded between decks, and locked up every night, on a scanty allowance of food, and in crowded quarters." Bates' account presents some excellent detail on both his impressment and his experience as a prisoner-of-war during the War of 1812. His work as a whole is interesting for its view of extensive naval and maritime service as seen by a man who found his calling in the church. 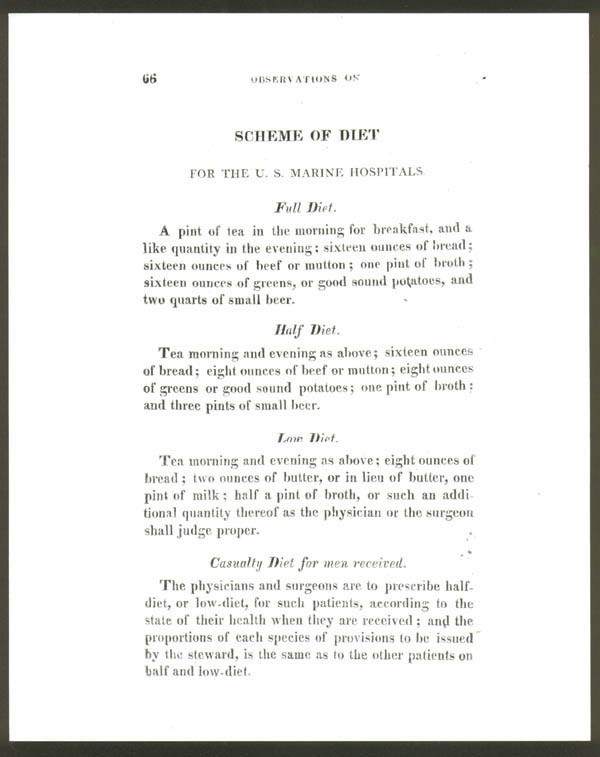 A Treatise Containing a Plan for the Internal Organization and Government of Marine Hospitals in the United States: Together with a Scheme for Amending and Systematizing the Medical Department of the Navy, by William P. C. Barton, A.M., M.D., Member of the American Philosophical Society, and a Surgeon in the Navy of the United States. Philadelphia: Printed for the author. Sold by Edward Parker, no. 178, Market-street, and Philip H. Nicklin, no. 51, Chestnut street, 1814. xxv, [1], 1 l., 244 p., plate, 22.5 cm.

The Dictionary of American Biography cites this Treatise together with Barton's Hints as "the first signs of a modern medical view of sanitation and provision for the sick in the history of the navy." Organized into two parts, the second is A Scheme for Amending and Systematizing the Medical Department of the Navy of the United States. It includes such topics as "Of the introduction of the lemon-acid into the Navy"; "Of the mode of furnishing the medicine and store chests, the mode of furnishing surgical Instruments to the Navy"; "Of the duties of a surgeon and surgeon's-mate in the Navy, on ship-board"; and "Detail of the duties and offices of a surgeon's mate of the Navy, and of the expediency of altering the present ration." Pages 186-88 list instruments to be provided by a surgeon and a surgeon's mate. Pages 168-83 list by rate of ship the bedding, fumigating articles, lemon juice, medicines, and utensils required.