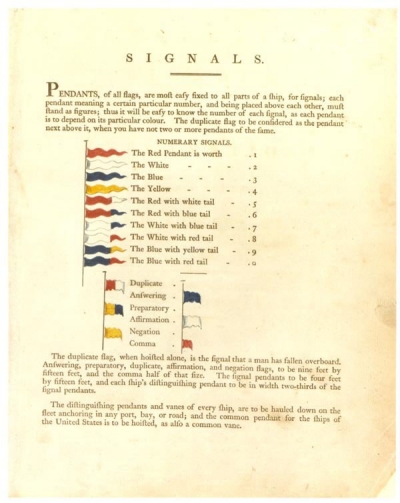 "[W]ritten primarily for the conduct of a squadron of eight frigates and two sloops." -Robison. This, the first United States Navy signals book, is a work of great rarity. The copy in the Navy Department Library belonged to the author, Commodore Thomas Truxtun. During the Revolutionary War, Truxtun in the privateer St. James, 20 guns, had "brought back the most valuable cargo entered at Philadelphia during the Revolution, and Washington at a dinner in Truxtun's honor, declared his services worth a regiment." -DAB. The Dictionary of American Biography further notes that in "June 1794 he was made a captain in the new American navy" and that during the Quasi-War with France (1798-1801), "in popular regard he became unquestionably the hero of the war. . . . His fighting spirit and rigid discipline . . . set excellent standards for the young navy." The Navy Department Library copy is truly remarkable. On page 38, there appears, as the last printed line, the statement: "Given from under my hand on board the United States ship." Truxtun has completed that printed line with the manuscript entry "Constellation this 3d day of April 1797." He has then added his signature. It is possible that this copy of the first United States Navy signals book is one Truxtun had on board USS Constellation during preparation for launch and later gave to his wife before he departed for the West Indies, where he fought and won the major naval engagements of the Quasi-War with France (French frigates L'Insurgente on February 9, 1799, and La Vengeance on February 2, 1800). The foregoing statement is based on manuscript entries made by Truxtun on the verso of the title page, where he has also penned, and signed with his initials, a patriotic poem:

There follows at the bottom of the title page, also signed with Truxtun's initials, "The rights of America we'll maintain and then return to you, Sweet girl again." In analyzing the foregoing, Robison takes a different tack, suggesting that this copy "seems to have been issued by Truxtun to one of his officers, or possibly signed by him, previous to submitting it to the Secretary of War, there being as yet no navy department." In suggesting those possibilities, the poem and "sweet girl" inscription seem to have been dropped from consideration. 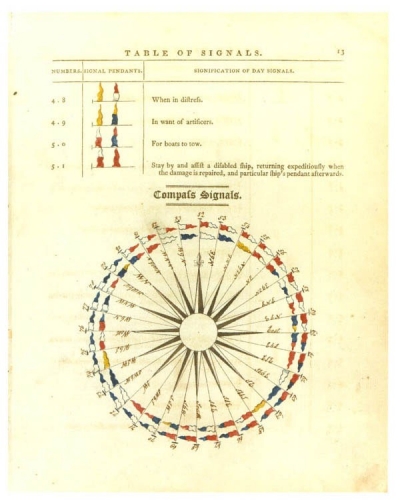 The Life of Oliver Hazard Perry. With an Appendix, Comprising Biographical Sketches of the Late General Pike, and Captain Lawrence, and a View of the Present Condition and Future Prospects of the Navy of the United States. By John M. Niles Esq. Hartford: Published by William S. Marsh, R. Storrs . . . printer, 1820. xii, [13]-376 p., [2] leaves of plates (1 folded), illus., 19 cm.

Pages 362--76 are caption-titled: "A View of the Present Naval Force of the United States; Its Increase, and Future Prospects." 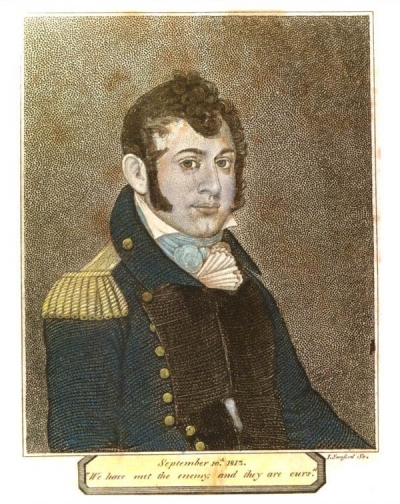