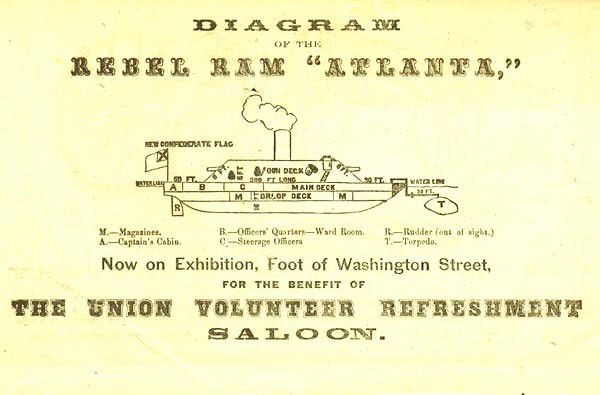 History of the Rebel Steam Ram "Atlanta," Now on Exhibition at Foot of Washington Street, for the Benefit of the Union Volunteer Refreshment Saloon. It Gives Us Great Pleasure to Announce That We Have Procured the Rebel Steam Ram Atlanta, from the United States Government, for a Short Period . . . This Ship Is Reported to Have Been Built by the Voluntary Sale of the Jewelry of Southern Ladies, at a Cost of $1,500,000 . . . The "Atlanta" Is Now Doing a Noble Work, in Replenishing the Funds of an Institution, Organized for the Purpose of Feeding Union Soldiers. [Philadelphia: Committee of the Union Refreshment Saloon, 1863]. [3], 4-6, p. [2] p. of plates, 24 cm.

The tract in the preceding entry is presented here in large format. In this issue, the verso of the plate leaf carries a large profile illustration from port side of Atlanta. The front side of the plate leaf presents a fine view of "The Gatling Gun or Battery," which was patented on November 4, 1862. Capable of firing 150 to 200 balls per minute at a range of up to a mile and a quarter, this new weapon was on exhibition with the Confederate ram Atlanta. 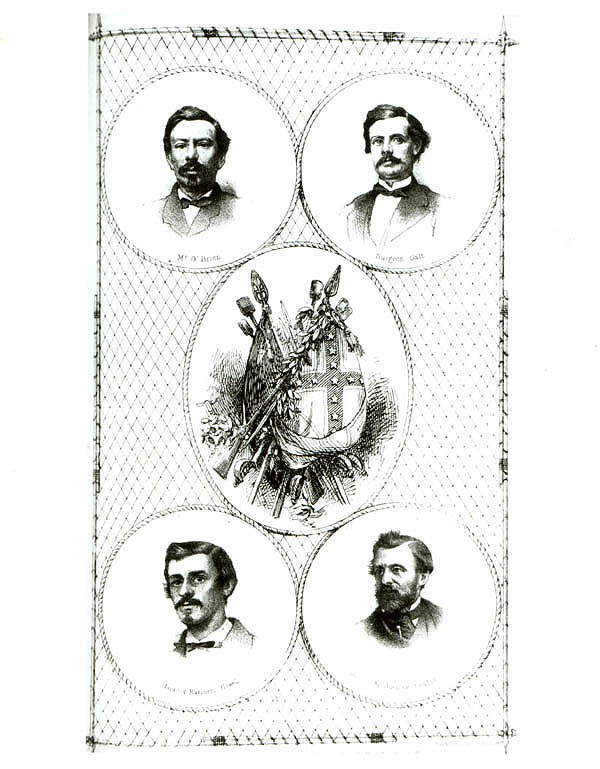