Map and accompanying document are located in the Special Collections room at the Navy Department Library. 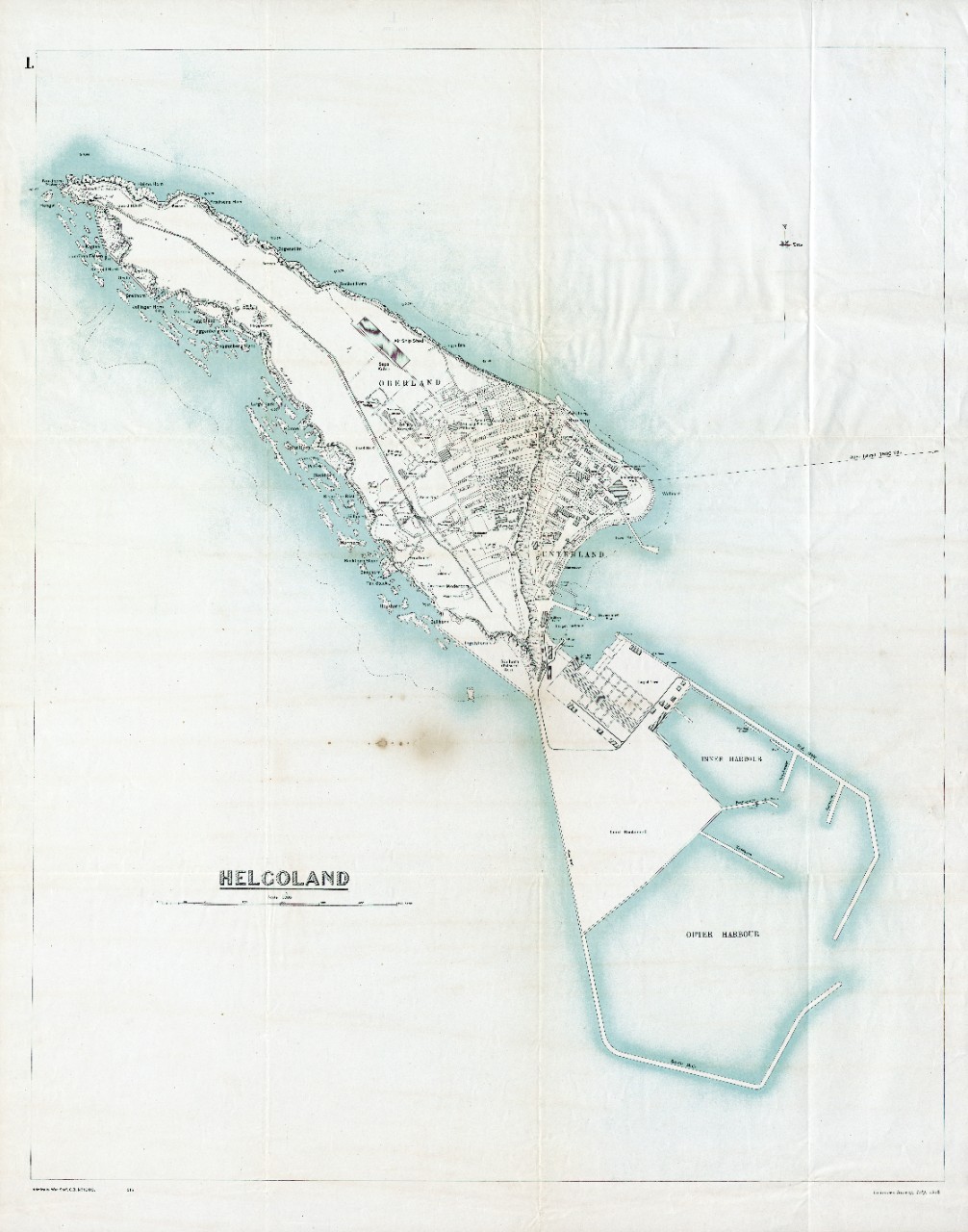 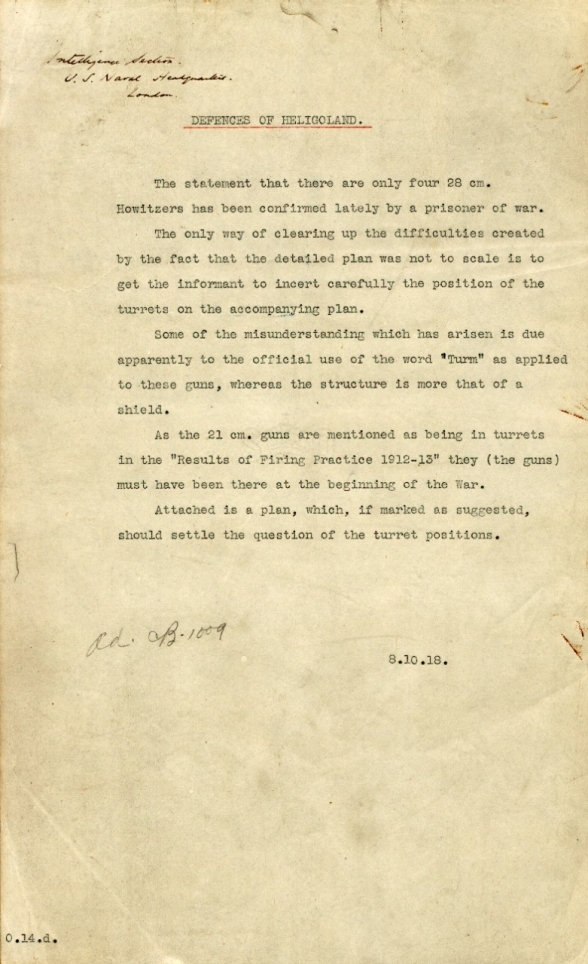 The statement that there are only four 28 cm. Howitzers has been confirmed lately by a prisoner of war.

The only way of clearing up the difficulties created by the fact that detailed plan was not to scale is to get the informant to incert carefully the position of the turrets on the accompanying plan.

Some of the misunderstanding which arisen is due apparently to the official use of the word “Turm” as applied to these guns, whereas the structure is more that of a shield.

As the 21 cm. guns are mentioned as being in the turrets in the “Results of Firing Practice 1912-13” they (the guns) must have been there at the beginning of the War.

Attached is a plan, which, if marked as suggested, should settle the question of the turret positions.