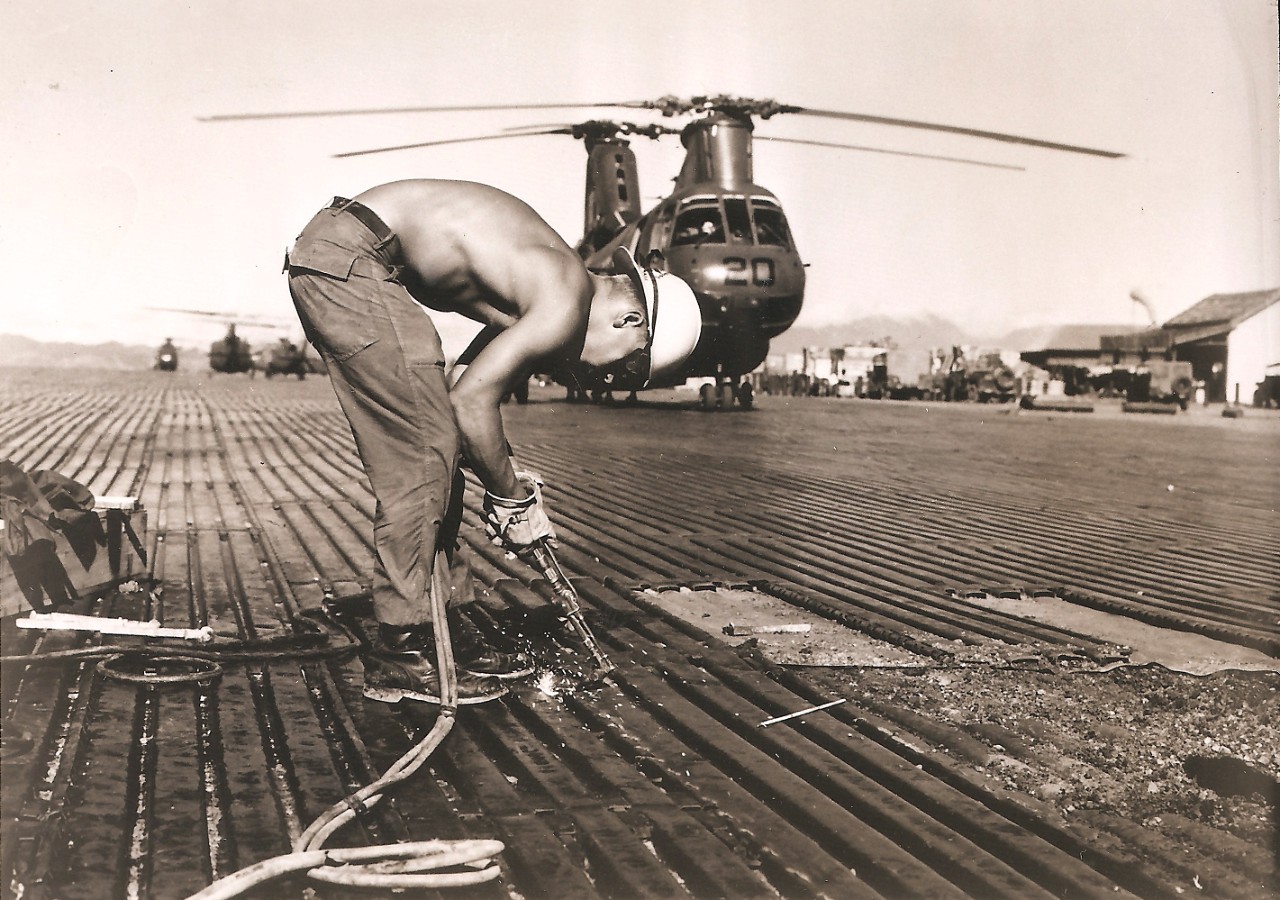 A Seabee from NMCB-11 repairs a M8A1 steel matting parking apron in Dong Ha which was damaged by enemy mortar fire.

Southeast Asia: Building the Navy’s Bases by Richard Tregaskis is an historical account of the U.S. Navy’s construction effort in Southeast Asia up to 30 June 1972 when the RMK-BRJ contract was completed and the Seabee effort was concluded. Mr. Tregaskis covers every major port, airfield, bridge, hospital, storage facility constructed by the Seabees, military engineers, and Navy contractor in Vietnam from 1962-1972. He conveys the story of one of the largest war-time construction efforts in history, through the backdrop of the major battles of the war and its political collusions.

The photographs used throughout the book are available below