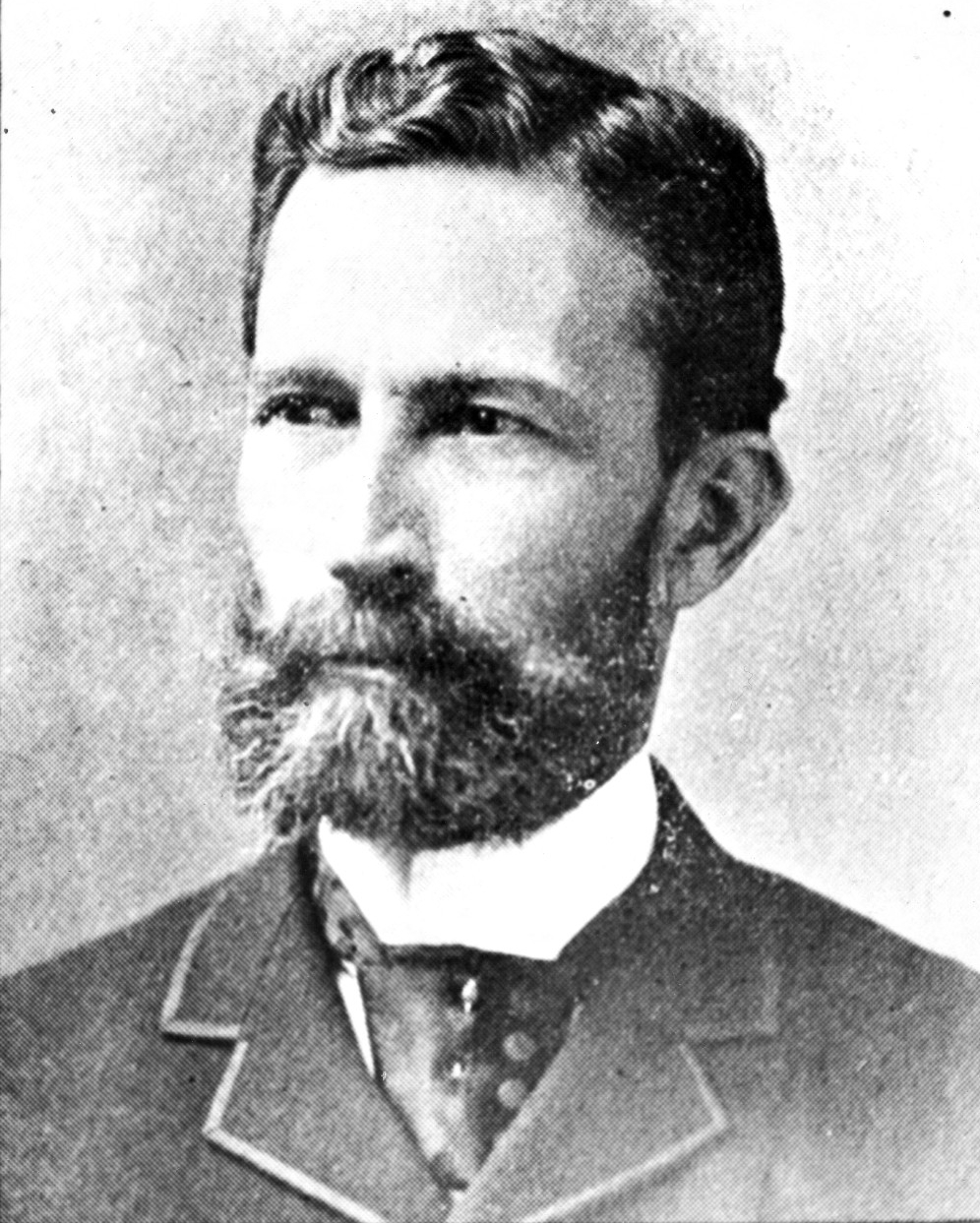 One of the most renowned Civil Engineer Corps officers of the last century was Aniceto Menocal. Menocal was intimately involved in one of the major engineering feats of the late 19th century, the building of a trans-isthmian canal between the Atlantic and Pacific Oceans. He was born in Havana, Cuba, on 1 September 1836, the son of Gabriel Menocal, a planter, and the scion of an old Spanish family. After receiving his early education in Havana, Menocal came to the United States in 1858 and entered Rensselaer Polytechnic Institute; he graduated in the Class of 1862.

Following his graduation from Rensselaer, Menocal returned to his native land and worked from 1863 to 1865 as an assistant engineer for the Vento Water Works which supplied Havana with its water and as chief engineer in charge of location and construction from 1865 to 1869. In 1866 he married Elvira Martin of Havana.

In 1870 Menocal returned to the United States and was employed by the New York City Department of Public Works for the next two years. In 1872 President Ulysses S. Grant requested that former General George B. McClellan, then the head of the New York City Department of Docks, suggest an engineer to act as chief of a surveying expedition for an interoceanic canal to facilitate U.S. trade between the Atlantic and Pacific Oceans. McClellan recommended Menocal, who was subsequently sent out during the years 1872-74 as chief of an expedition to survey a route across Nicaragua for the proposed canal. The results of the survey were later presented to the 43rd Congress.

The federal government, however, desired additional information on possible canal routes. Thus, Menocal was appointed chief engineer of another surveying expedition, this time to survey a canal route across the Isthmus of Panama, then the most northern province of Colombia. The survey was carried out during 1874 and 1875 and the results reported in an executive document.

These two surveys convinced Menocal that a sea-level canal was not practical in Panama. Menocal favored the construction of a lock canal across Nicaragua because it was the shorter of the two routes, required engineering works of smaller size, and would cost less than a lock canal across Panama. His conclusions regarding cost were born out by subsequent events.

In early 1874, before leaving on his second survey, Aniceto Menocal was appointed a Navy Civil Engineer and assigned to the Washington Navy Yard. Thus, began his Navy career.

Interest in an interoceanic canal continued to manifest itself in every session of Congress. Finally, on 19 April 1879, President Rutherford B. Hayes appointed RADM Daniel Ammen, USN (Chief   of the Bureau of Yards and Docks from 1869 to 1871) and Civil Engineer Aniceto Menocal, USN, as delegates to attend an international conference, sponsored by the Geographic Society of Paris, which was being held in May to consider various projects for an Isthmian Canal. In fact, the conference resulted from the Societe Civile Internationale du Canal Interoceanique du Darien which in 1878 had received a concession from the government of Colombia to build and operate a canal acrossP anama. The conference, by a vote of its 136 delegates, decided that it was feasible to build a sea-level canal across Panama. This conclusion, however, was protested by eminent engineers familiar with the route selected. After the conference concluded, President Grevy of France made Menocal a Chevalier of the Legion of Honor. The U.S. delegates returned home and provided Secretary of State Evarts with a voluminous report on the conference.

The French subsequently formed the Compagnie Universelle du Canal Interoceanique with the Vicomte Ferdinand Marie de Lesseps, the builder of the Suez Canal, as its president. The Compagnie acquired a concession and began construction of a sea-level canal across the Isthmus of Panama in 1881.   The project, plagued by tropical disease, engineering problems, and a shortage of skilled laborers, was to drag on for years before finally ending in failure.

Following his return from France, Menocal became associated with former President Grant, Levi P. Morton, General McClellan, Rear Admiral Ammen, and other prominent men in an organization called the “Provisional Interoceanic Canal Society.” In May 1880, Menocal secured for the society a concession from the Republic of Nicaragua for the construction of a canal. The society subsequently merged into a corporation known as the Maritime Canal Company of Nicaragua and Menocal became its chief engineer. However, the failure of the firm of Grant and Ward in May 1884 also undermined the canal company and its concession was allowed to lapse.

Meanwhile Menocal continued to pursue his career in the Navy. In 1881, while Consulting Engineer of the Bureau of Yards and Docks, Menocal designed the Naval Gun Factory which was built in Washington, DC. He was assisted by a young Civil Engineer Corps officer named Robert E. Peary, who would later achieve fame as a polar explorer and the first man to reach the North Pole. Menocal and Peary worked together for some years after Peary's entry in the Navy.

Nevertheless, Menocal's participation in various surveying projects in Latin America continued alongside his naval career. From 1876 to 1884 Menocal carried out several surveys in Nicaragua, which were sponsored by the Nicaraguan government. He performed extensive surveys for improving the harbor at Greytown and the navigation of the Rio San Juan, and for a canal connection between Lakes Managua and Nicaragua, known as the “Tititapa Route.”

In 1886, the American Geographic Society became interested in the construction of a trans- isthmian canal and its accomplishment was again considered by a group of prominent Americans. Menocal, meantime, was closely following French progress on their canal project, and prepared a comprehensive report based on his observations.

On 20 February 1887, Congress approved the organization of another Maritime Canal Company of Nicaragua and appointed Civil Engineer Menocal its chief engineer. Menocal obtained a new concession from Nicaragua on 24 April 1887 and one from Costa Rica on 9 August 1888. By 1890, the Maritime Canal Company had finished the location surveys and begun the initial construction work. The company was able to purchase seven large ladder dredges from contractors of the now defunct French Panama canal effort, and by 1892, had built quarters for workers and other facilities at Greytown, Nicaragua. The company also dredged and opened for navigation a channel 500 feet wide and 15 feet deep from Greytown to the previously inaccessible sea. Unfortunately, the financial crisis of 1893 brought work to a halt. Attempts during the Cleveland and McKinley administrations to have the U.S. government take control of the project failed and the canal concessions expired. Further action was delayed by the war with Spain.

Following the cessation of work on the canal project, Menocal returned to the United States. Between 1 March 1890 and 1 July 1893 he had been on furlough; however, on the latter date, he reported to the Navy Yard, Norfolk, Virginia, as its civil engineer. On 30 July 1895 he was assigned in the same capacity to the Navy Yard, Brooklyn, New York. On 30 October 1897 he again travelled to Nicaragua aboard the USS NEWPORT, returning to New York in January of the following year.

During this period Menocal did all he could to secure financial support for the canal project. He took leave and visited Europe twice with this aim in mind; however, although he aroused interest in the project in both England and Belgium, the world financial situation was such that neither country was willing to provide financing.

Failing health and advancing years compelled Menocal to curtail his professional work. Following the end of hostilities with Spain, Civil Engineer Menocal retired from naval service at the age of 62 on 1 September 1898 with the relative rank of commander. Following his retirement, Menocal performed a number of additional tasks for the government. After the Spanish-American War, he was sent to Havana, Cuba, as one of the naval commissioners whose task was to take over Spanish naval property there. Following that assignment, he was, in 1900, sent as a member of a board to establish a naval station at Olongapo in the Philippines. Finally, in 1902, he was sent to investigate the possibility of establishing a coaling station in Liberia.

Menocal's last professional assignment came in 1906 when the Cuban government employed him as chief engineer to investigate flood control in the Roque Valley and irrigation projects in the northern provinces of Cuba.

Aniceto Menocal had a long and notable engineering career, particularly distinguished by his work in the field of interoceanic canals. He left behind a voluminous number of publications on this and other engineering subjects. He was a member of a great many engineering and scientific organizations in both the United States and - Europe and was most certainly a credit to his adoptive country and the Civil Engineer Corps.

Civil Engineer Aniceto Menocal, USN (RET), died on 21 July 1908 in New York City and was buried in Arlington Cemetery. He was survived by his wife and three sons.

One of these sons, Adolfo J. Menocal, born in Havana on 11 May 1867, chose to follow in his father’s footsteps and was commissioned in the Civil Engineer Corps on 15 March 1894.  In 1914 he was selected for advancement to captain (when the Civil Engineer Corps had only two such billets), but was never promoted; he remained a commander until he retired on 10 May 1921 because of a physical disability sustained while on active duty.

The Menocal family gave yet another generation to service in the U.S. Navy. Adolfo Menocal’s son, George L. Menocal, entered naval service in 1922 as a line officer and retired with the rank of rear admiral in 1948.