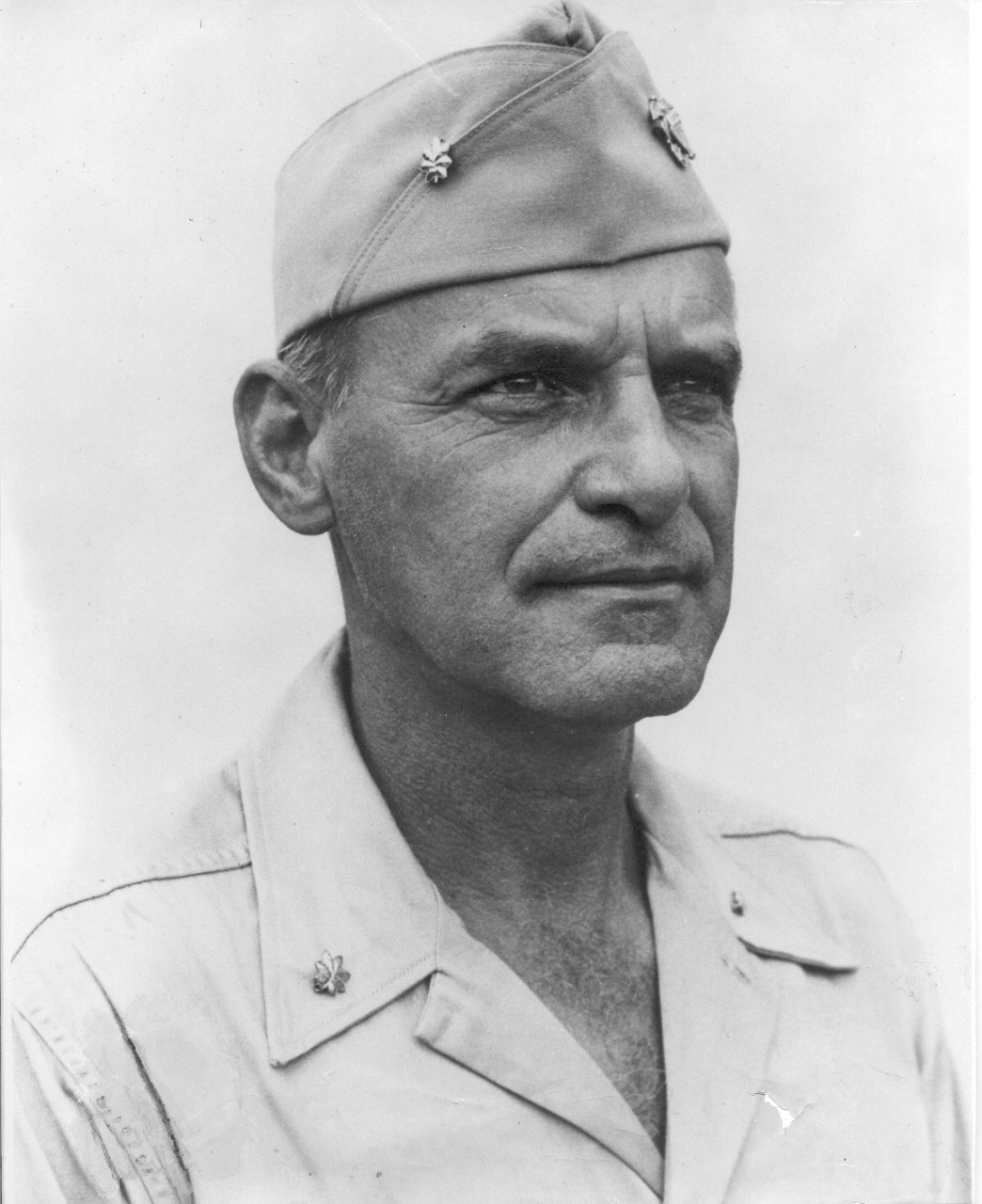 As we learned earlier when reading about CAPT Wilfred Painter, on 21 June 1943 two companies of the Fourth Marine Raider Battalion disembarked from the destroyer-transports  USS DENT and USS WATERS and landed at Segi Point on New Georgia Island. The Japanese were known to be strongly entrenched on New Georgia and a bitter fight was expected because the island was a vital stepping stone on the road to the Japanese stronghold on Bougainville. The Marines Raiders initiated the U.S. amphibious attack against this strategic island; however, their advance up from the sea went unopposed by enemy gunfire.

As the Marines, dressed in camouflage uniforms and armed to the teeth, advanced toward the tree-line, a lean, gray-haired, figure suddenly emerged from the jungle and walked forward, not to threaten the surprised Raiders but to greet them. The apparition, who looked like an amiable professor even in his high rubber boots and khaki shorts, held out his hand and addressed the Marine commander in the following words: “Colonel, the Navy Seabees are always happy to welcome the Marines to enemy-held territory.” As they shook hands, astonished Marine Lieutenant Colonel Michael Currin could only mutter, “Well, I'll be ....!”

The surprised Marine Raiders owed this unusual reception to a brave officer, LT Robert L. Ryan, CEC, USNR. On 14 June 1943, a week before the Marine landing, the 49-year old Civil Engineer Corps officer from Santa Paula, California, led a reconnaissance party comprising two Army officers and himself ashore on New Georgia. The three men gathered information on landing sites and enemy deployments which was subsequently turned over to the advance survey party led by CDR Painter.

On 25 June LT Ryan returned to his unit, Naval Construction Battalion 47, which was on Russell Island. The battalion then moved in two echelons to New Georgia to build the badly-needed fighter airstrip mentioned in the Painter vignette.  LT Ryan returned to New Georgia with the battalion and helped CDR Painter meet the challenge of getting the Segi fighter strip operational in only ten days.

For the zeal and professional skill displayed during his reconnaissance mission on New Georgia, and for his later participation in the construction of the fighter strip, LT Ryan was awarded the Legion of Merit by the U.S. Army, and was also cited by FADM Halsey. It was not inappropriate that the Army should make the award as LT Ryan had also served as a lieutenant in the Army Corps of Engineers -- during the First World War! After World War II, Ryan returned to his home in Ventura County and subsequently became County Surveyor. He did, however, remain active in the Naval Reserve and was promoted to commander in 1951. He died at the age of 60 on 31 July 1954.