Reindeer Station: the CEC and Seabees on Diego Garcia 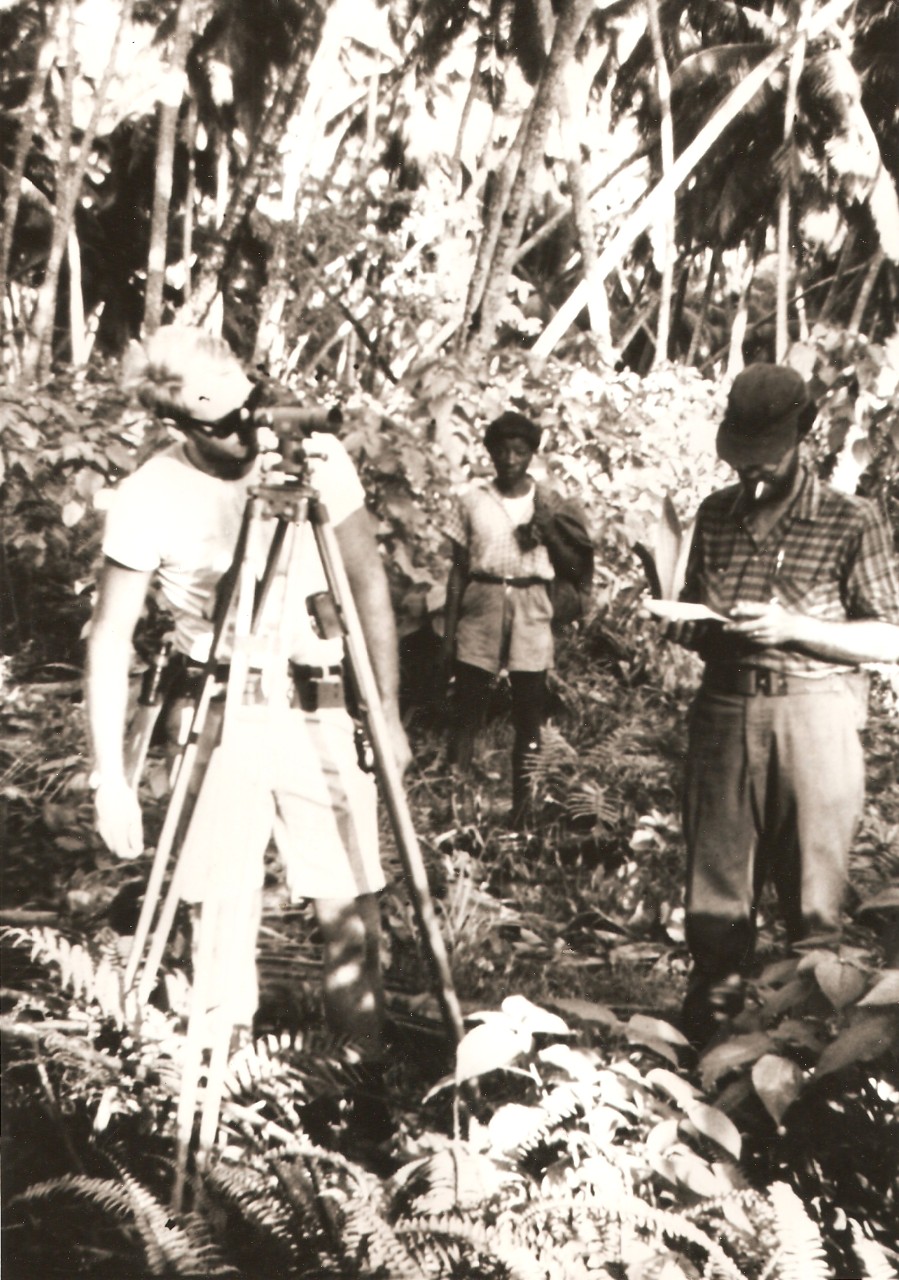 One of the major projects for the Naval Facilities Engineering Command and the major project for the Seabees in the 1970s and early 1980s was the construction of naval facilities on the atoll of Diego Garcia, which was part of the British Indian Ocean Territory. Diego Garcia, one of the 52 coral atolls of the Chagos Archipelago, was located in the Indian Ocean 960 miles south of India and 7 miles south of the equator. The 6,700 acre, heavily vegetated atoll was horseshoe- shaped with a perimeter of approximately 40 miles and average elevations of 3 to 7 feet.  The annual rainfall was approximately 100 inches.

On 24 October 1972 the U.S. and British governments signed an agreement concerning the construction of a U.S. Naval Communication Station on Diego Garcia. The purpose of the facility was to provide a necessary link in the U.S. defense communications network and furnish improved communications support in the Indian Ocean for ships and aircraft of both governments. The U.S. was to build the facility using Naval Construction Force personnel.

The Diego Garcia base was initially planned as an austere communication station with all necessary supporting facilities, including an airstrip. On 23 January 1971 a nine-man reconnaissance party from Naval Mobile Construction Battalion (NMCB) 40 landed on the atoll to confirm planning information and carry out a preliminary survey of the beach landing areas. In early March a 50-man party from the same battalion and from Amphibious Construction Battalion 2 as well as other specialist personnel arrived by LST, and was followed by an advance party of 160 men from NMCB-40. These men were to construct a temporary Seabee camp, water and electrical distribution systems, a dining hall, laundry, refrigeration and storage facilities. Finally, they were to build an interim 3,500-foot airstrip.

In October and November, Detachment “CHAGOS” of NMCB-71 and the whole of NMCB-1 arrived, marking the beginning of large-scale construction. NMCB-1 built the transmitter and receiver buildings and placed the base course for the permanent runway and parking apron. In July 1972 NMCB-62 relieved NMCB-1 and took over the departing battalion's projects. On 25 December the first C-141J transport landed on the newly completed 6,000 foot runway with the Bob Hope Christmas Troupe. The full 8,000 foot permanent runway with adjoining taxiway and parking apron was completed by March 1973; and on 20 March, exactly two years after construction began, the U.S. Naval Communication Station, Diego Garcia, was officially established.

Work commenced on the second construction increment, a $6.1 million project, which involved the construction of a ship channel and turning basin in the lagoon. This project, however, was contracted to a Taiwanese firm. The Seabees continued to work on support and personnel facilities in the cantonment area at the northern tip of the atoll. The second major area of construction was the airfield and its supporting facilities. Revised requirements called for the extension of the original 8,000-foot runway to 12,000 feet and additions were made to the parking apron and taxiways.  New hangars and other support facilities were also built. In addition, construction of extensive petroleum, oil and lubricant storage facilities was initiated. The Navy required 480,.000 barrels of storage to support ship and aircraft needs and the Air Force required an additional 160,000 barrels.

During 1973 and 1974 Seabee units worked on all these projects. Because the final mission of Diego Garcia was still evolving, it was clear that still more construction would take place in the years to come.

In 1975 and 1976 Congress authorized $28.6 million to expand the Diego Garcia facilities to provide minimal logistics support for U.S. task groups operating in the Indian Ocean. This mission expansion called for construction of a fuel pier, airfield expansion, and more petroleum, oil and lubricant storage, and personnel support facilities. Additional projects were undertaken in 1978. Construction was accomplished by both Seabees and private contractor personnel and it was anticipated that the Diego Garcia project would finally be completed in 1980. World events in 1979 and 1980, however, forced a reevaluation of the U.S. defense posture in the Indian Ocean Area which indicated the need for pre-positioned materials to support a rapid deployment force and a more active U.S. presence in the area. It was decided to further expand the facilities at Diego Garcia in order to provide support for several pre-positioned ships, loaded with critical supplies. By the end of 1980 the Naval Facilities Engineering Command had advertised a $100 million contract for initial dredging at Diego Garcia to expand the berthing facilities.

In the early 1980s the construction effort at Diego Garcia rapidly shifted from Seabees to private contractors. The last full Seabee battalion, NMCB-62, departed the atoll in July 1982. While Seabees remained in detachments, contractor personnel took over the projects yet to be accomplished on Diego Garcia. Thus, what began as simply a communication station on a remote atoll became a major fleet and U.S. armed forces support base by the 1980s. Diego Garcia was the major Seabee construction effort of the 1970s and they acquitted themselves well     under the difficult and isolated conditions that exist there.  When the Seabees arrived they lived in tent camps, when they departed they left a fully-developed, modern military facility, capable  of supporting thousands of U.S. personnel.