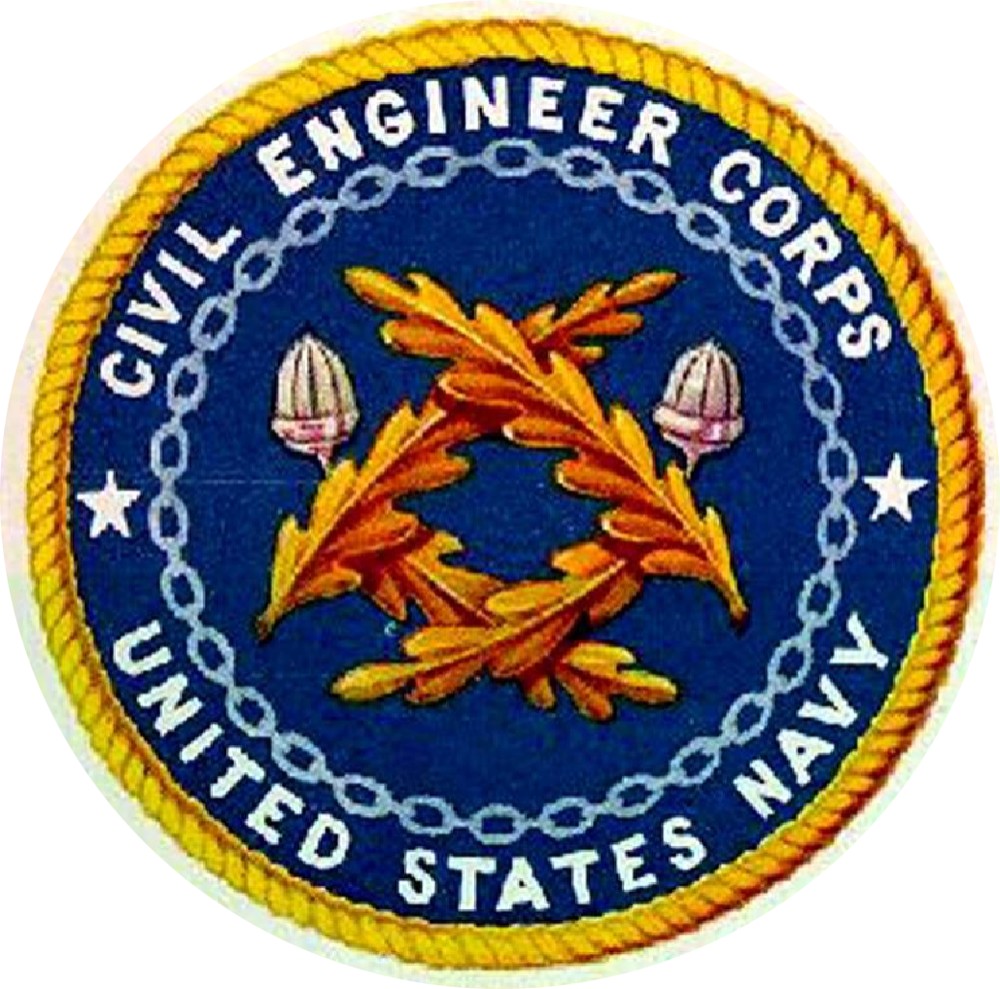 History is the sum total of an individual accomplishments. If we are, therefore, to know the history of the U.S. Navy’s Civil Engineer Corps, we must know and understand the men and women that made that history.

Consequently, this collection of historical documents focuses primarily on individuals and their deeds, although organizational developments and individual projects are not neglected -- for without knowledge of the latter there would be no historical context to make comprehensible the former.

In 1798, the newly-established Navy needed a shore establishment to build and maintain its vessels and support its personnel in times of peace and war; this single fact led eventually to the hiring of civil engineers, the establishment of a staff corps of civil engineers, and finally the creation of a Naval Construction Force officered by members of this staff corps.

The following documents will trace the history of the Civil Engineer Corps, through the interaction of men, women, and events, from almost the very origins of the U.S. Navy down to the present. The readers will meet the first civil engineers who built for the Navy, see the establishment of the Bureau of Navy Yards and Docks which would eventually evolve into today’s Naval Facilities Engineering Command, witness the transformation of the Navy's first civil engineers into commissioned naval officers and follow these officers through two major and four minor wars -- one of which saw the creation of the famed Seabees.

The present is an ever advancing line; the events of a second ago are already history. In order to understand where we are, and where we are going, we must know where we have been.

The Birth of the Civil Engineer Corps

RADM Mordecai T. Endicott: The first Civil Engineer Corps of the Bureau of Yards and Docks

The Twelfth Regiment (Public Works) and the Origin of the Seabees

The Civil Engineer Corps and the "Space Program" of the Twenties

The Civil Engineer Corps and the first Seabees: The mystery of the two “first battalions”

The Korean War: The Inchon landing, the “Great Train Robbery” and airfield construction

The Civil Engineer Corps at the other pole: Operation Deepfreeze construction

Seabee Team 1104 and the Battle of Dong Xoai

Vietnam: The Civil Engineer Corps puts the construction in!

Killed in action in peacetime: An occupational hazard of today's military

List of Officers of the Corps of Civil Engineer USN from the Establishment of the Corps in March 1867 to May 1934 [PDF, 5.4 MB]