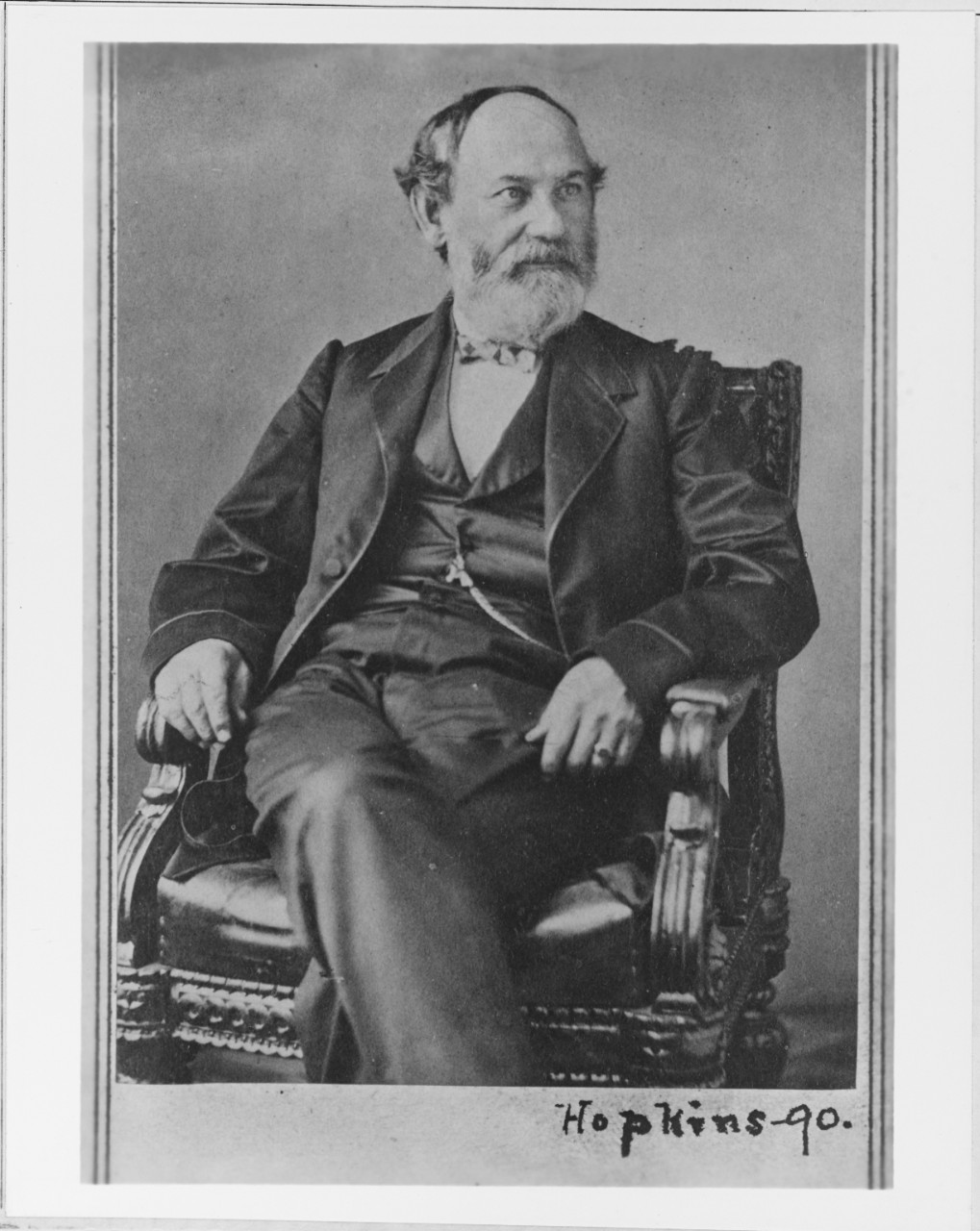 William P. S. Sanger was born in 1810 in Massachusetts and in 1826 was apprenticed to Loammi Baldwin of Boston to learn the trade of civil engineering. The lack of formal engineering training was common at the time because until 1825 the U.S. Military Academy was the only engineering school in the country (run by the Army Corps of Engineers at the time).

However, in January 1825, Stephen Van Rensselaer opened the doors of his new polytechnic institute at Troy, New York. Rensselaer Polytechnic Institute, the oldest institution of higher learning in an English-speaking country to devote itself to science and engineering, developed a close association with the Civil Engineer Corps during the following 100 years, an association which remains strong down to the present.

During the period 1827-34, Sanger represented Baldwin during his absences, at the construction site of Dry Dock No. 1 in Norfolk, Virginia. Although only temporarily on the Navy's payroll at this time, Sanger was destined to play a central role in the development of Navy civil engineering and the establishment of the Navy Civil Engineer Corps.

In 1836, no doubt as result of his previous work for the Navy, Sanger was appointed "civil engineer for the Navy" on the staff of the Board of Navy Commissioners, a board of three senior captains instituted in 1816 as advisors to the Secretary of the Navy on technical aspects of Navy management.

By a Congressional Act of 31 August 1842 the Navy Department was completely reorganized, the Board of Navy Commissioners was abolished and a system of five bureaus, each responsible for a specific aspect of Navy activity, was created in its place. This organization would remain largely unchanged for the next 124 years.

The first of the five bureaus was the Bureau of Navy Yards and Docks (the Reorganization Act of 1862 dropped "Navy" from the title) and its first chief was CAPT Lewis Warrington, USN, formerly head of the Board of Navy Commissioners. On 15 September 1842 the Secretary of the Navy appointed William P.S. Sanger “civil engineer” of the new bureau with an annual salary of $2,000. In addition to CAPT Warrington and Sanger, the bureau's staff consisted of a chief clerk, two other clerks, a draftsman, and a messenger.

One of the first tasks confronting the bureau was the construction of a new navy yard at Memphis, Tennessee, "...for the building and repairing of 'steam ships and other vessels of war at that place." Following an initial investigation by an officer board, Sanger went to Memphis in 1845 to select a site for the proposed facility. Unstable soil conditions and erosion problems, however, led to the project being dropped in 1854.

In the meantime Sanger went to California to examine the site of a new yard that the Navy was planning to build at Mare Island to support the squadron that would henceforth be stationed on the west coast. While the yard was under construction, a floating dry dock was built in the east and moved to San Francisco in 1852 to provide fleet support. The Mare Island Navy Yard was officially established in 1854.

In 1851 the bureau completed construction of a third dry dock at the Brooklyn Navy Yard. Dry dock facilities were soon available at all seven navy yards. Three of these dry docks were floating dry docks for the Portsmouth, Philadelphia, and Pensacola yards; the Washington Navy Yard was, however, serviced by a marine railway in lieu of a dry dock. In 1857 Congress also appropriated funds for a coal depot at Key West, Florida.

During the Civil War Confederate troops captured and later destroyed the navy yards at Norfolk and Pensacola. These yards were subsequently rebuilt and naval stations were established at Mound Hill, Illinois; Memphis, Tennessee; Port Royal and Beaufort, South Carolina; and Baltimore, Maryland. Following the war, land was taken at New London, Connecticut, which subsequently became a coaling station; and in 1869 a torpedo station was established at Newport, Rhode Island. A major project of the period was the building of a new navy yard on League Island in Philadelphia, the first navy yard built to provide support for the new iron warships that were then being constructed.

When Sanger received his appointment the entire shore establishment consisted of seven navy yards, four hospitals, four magazines, five stations for recruiting and other purposes, and the Naval Asylum (now the Naval Home). During the fifty-one years that he, in one form or another, worked for the Navy Department, Sanger saw the Navy change from a small collection of wooden sailing vessels, some of which dated back to the revolution, into a modern steam propelled, ironclad fleet.

During Sanger's career the first floating dry docks were built and the first iron ship, the USS MICHIGAN, was launched, the Naval Academy was founded, and navy yards and stations were linked with telegraph wire and poles as communication systems advanced. Sanger himself was largely responsible for the creation of a shore establishment that could effectively support this fleet. During his career, the Navy fought the Mexican and Civil wars and expanded its shore establishment from a few bases on the eastern seaboard to huge navy yards on both coasts, and a chain of coaling stations extending across the Pacific to Asia.

In addition to his role in building the Navy's shore establishment during a critical period in the nation's history, Sanger also played a preeminent role in transforming the Navy's civilian civil engineers into a staff corps of commissioned officers -- the Civil Engineer Corps.