The story began in the early morning hours of 2 July, 1944 when LCDR Richard D. Anderson, the medical officer for the 81st Naval Construction Battalion, was visited in his foxhole by a breathless Army MP.  The youth excitedly explained that a woman in the nearby Norman village of Sainte-Marie-du-Mont was about to give birth and no local doctor or nurse could be found. He asked if the Seabees could help.

The medical officer, Lieutenant Commander Richard D. Anderson, assured the soldier that they could, then dispatched the battalion’s executive medical officer, LT Douglas Butman, to the scene with a surgical bag fill with instruments, and a head full of obstetrical knowledge gained at Harvard. LT Butman found an Army medic already in attendance, but both got there too late. Dr. Butman reported that the baby, a girl, “had arrived F.O.B. – Found on Bed.”  Dr. Butman provided the mother and infant needed postnatal care.

The two doctors, LCDR Anderson and LT Butman, continued daily care for mother and child; bonds of affection and respect quickly developed between the French family and the men of the 81st Naval Construction Battalion (NCB).  The Seabees discovered that the Fouchards had strongly resisted their Nazi oppressors and had aided Allied troops during the Normandy invasion. They had recently fled their home in the battle zone, and arrived at Sainte-Marie-du-Mont so that Madame Fouchard might have her baby amongst friends, and in relative safety.  The women of the family expressed their gratitude to the medical officers by sewing much needed Red Cross flags for the battalion’s dispensary and field ambulances.

When christening time arrived, Dr. Anderson asked if the child might bear part of his wife’s name.  His suggestion was to use of his wife’s maiden name initials, which by coincidence were “C.B.” – the phonetic equivalent of Seabee.  Thus, Dr. Anderson sought to honor both his wife and the fine outfit he so proudly served with.  The family expressed delight with the idea.  Later Dr. Anderson received a copy of the child’s birth certificate bearing the official name “Sea Bee Paule Fouchard.”

The Seabees unofficially adopted their tiny namesake.  They organized a trust fund, based on voluntary contributions, to provide for the child’s future education.  They even arranged that each contributor be given a Photostatic copy of Sea Bee’s birth certificate.

As she grew up Mademoiselle Sea Bee Paule never lost contact with the United States Navy Seabee benefactors to whom destiny had linked her with.

On the 25th Anniversary of the Seabees in 1967, Sea Bee Paule, then a 23-year-old government worker, was interviewed in her St. Lo home where she lived with her widowed mother and two aunts. At the time, Sea Bee’s greatest ambition, other than marriage, was to attend a Seabee Ball in Washington, D.C.

The wedding of an adopted daughter of the US Navy Seabees kindled the memory  of the unusual circumstances of her birth soon after the Allied landings in Normandy in World War II. On 4 September 1971, Sea Bee Paule Fouchard married M. Claude Ruault in Sainte Lo, France. Rear Admiral Walter M. Enger, CEC, USN, Chief of NAVFAC and the Civil Engineer Corps, forward a message of blessings and good wishes to Sea Bee and her new husband along with a silver tray engraved with the Seabee emblem and a Seabee charm bracelet as wedding gifts.

Seabee and Claude attend 75th Anniversary of the Seabees

On 4 March 2017, Sea Bee and Claude Ruault joined Naval Facilities Engineering Command at the 75th Anniversary Seabee Ball in Washington, D.C. They travelled all the way from Avranches, France to share and celebrate the evening. During the Seabee Ball, Claude delivered an inspirational speech which focused on the connection Americans have with the French people and on the importance of maintaining and strengthening this bond. His remarks with a forward from RADM Bret J. Muilenburg are below. 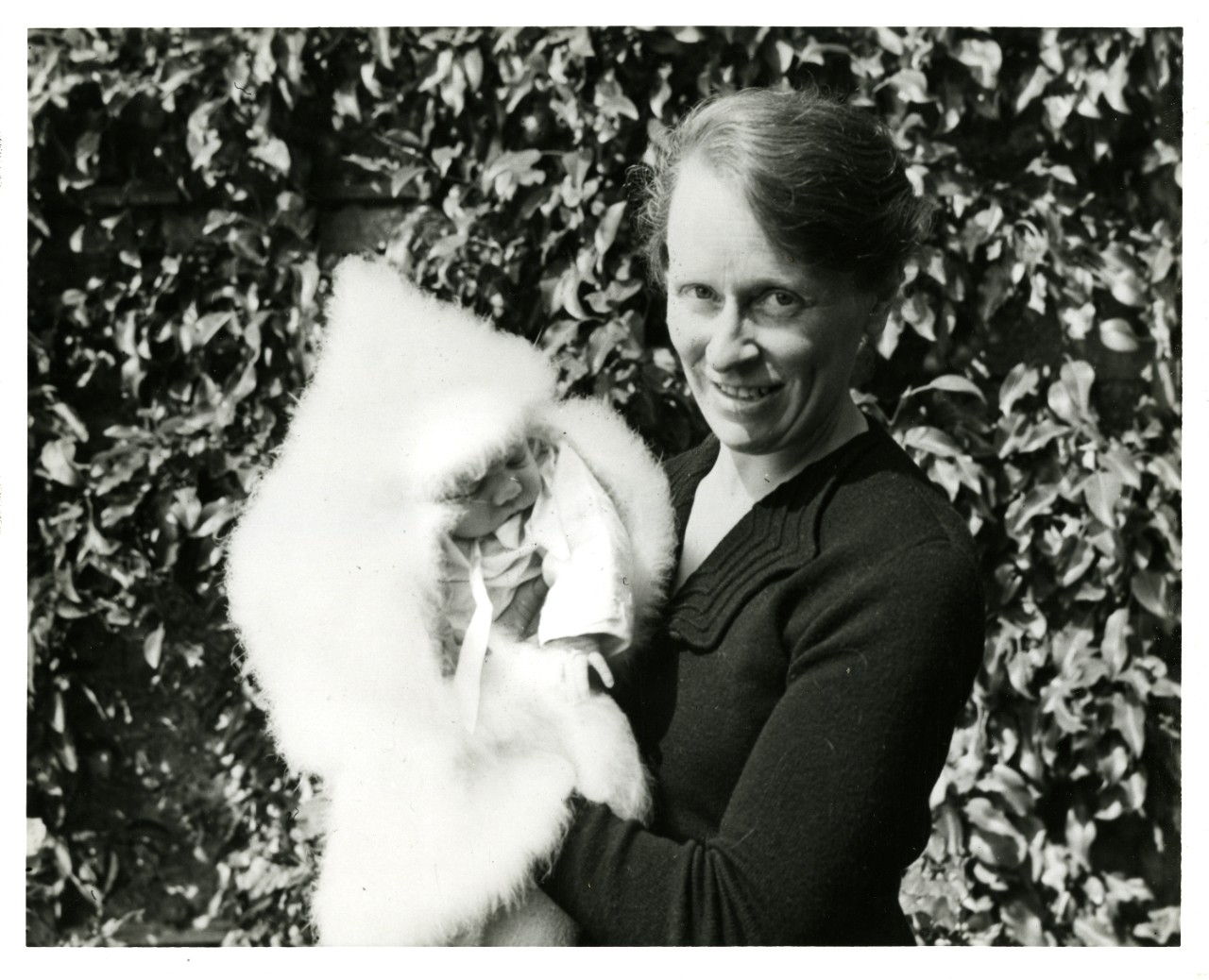 Mrs. Marie Fouchard with Sea Bee Paule. Sea Bee's parents names her in honor of the Seabee doctor who delivered her in 1944 at St. Marie du Mont, France. 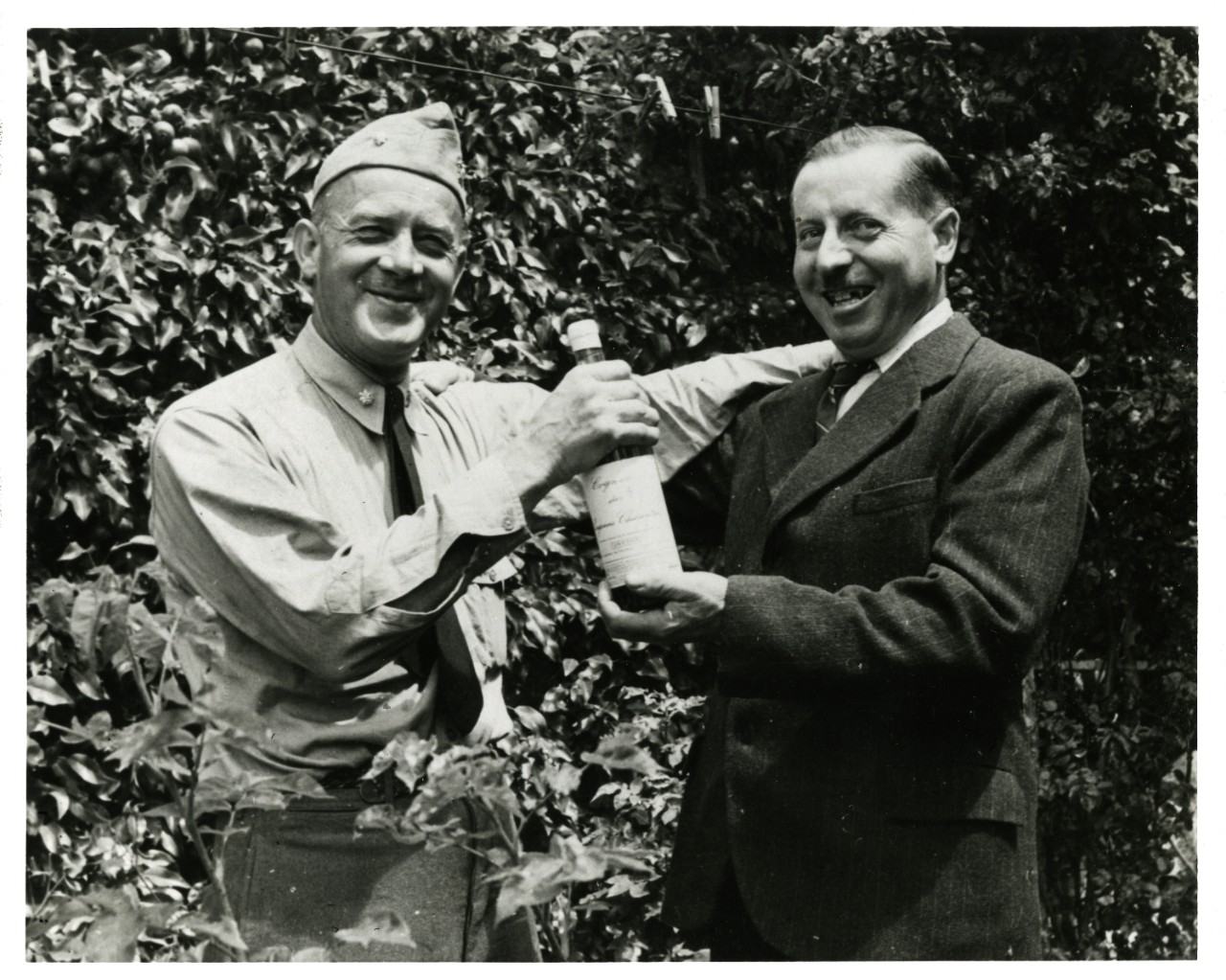 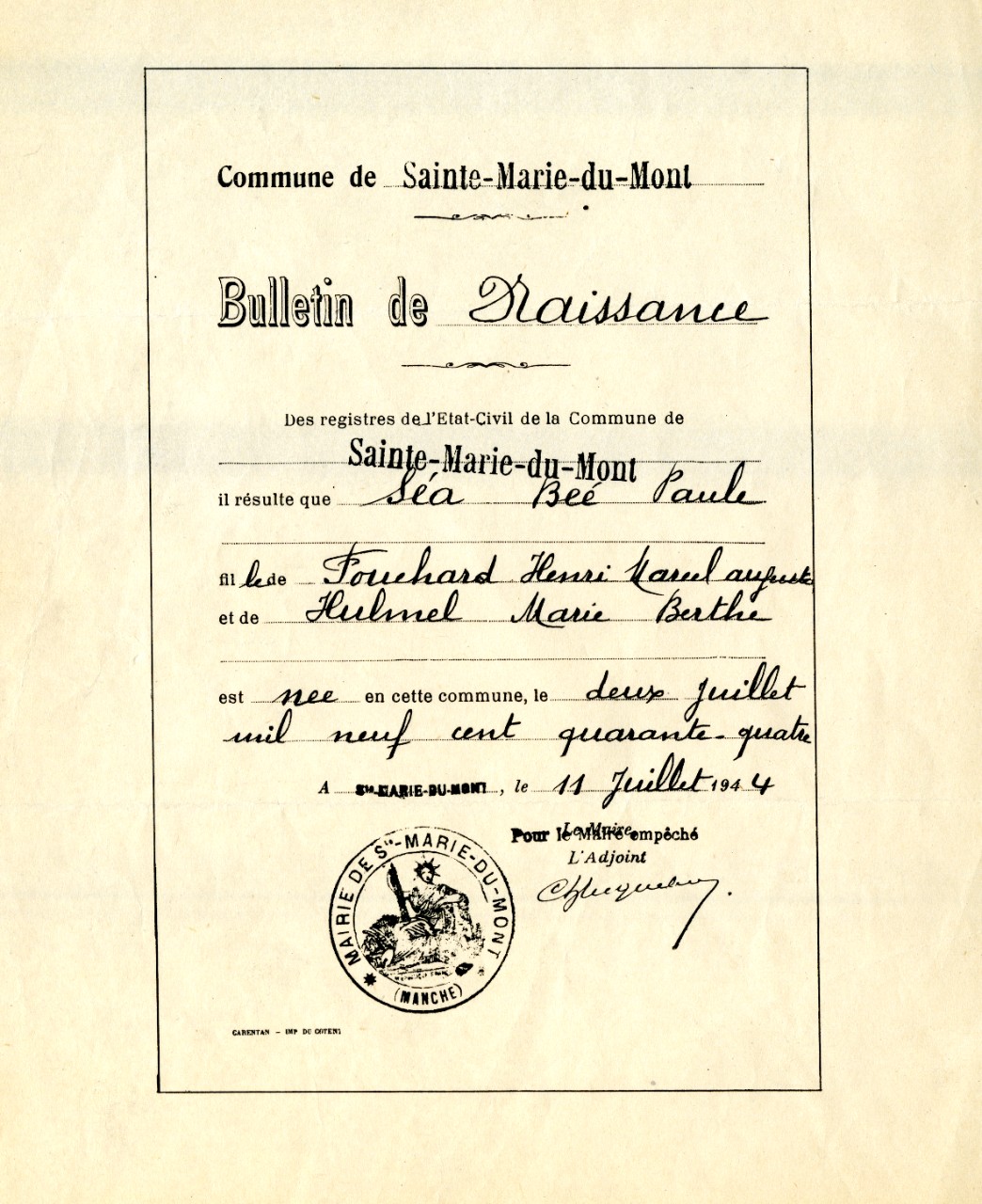 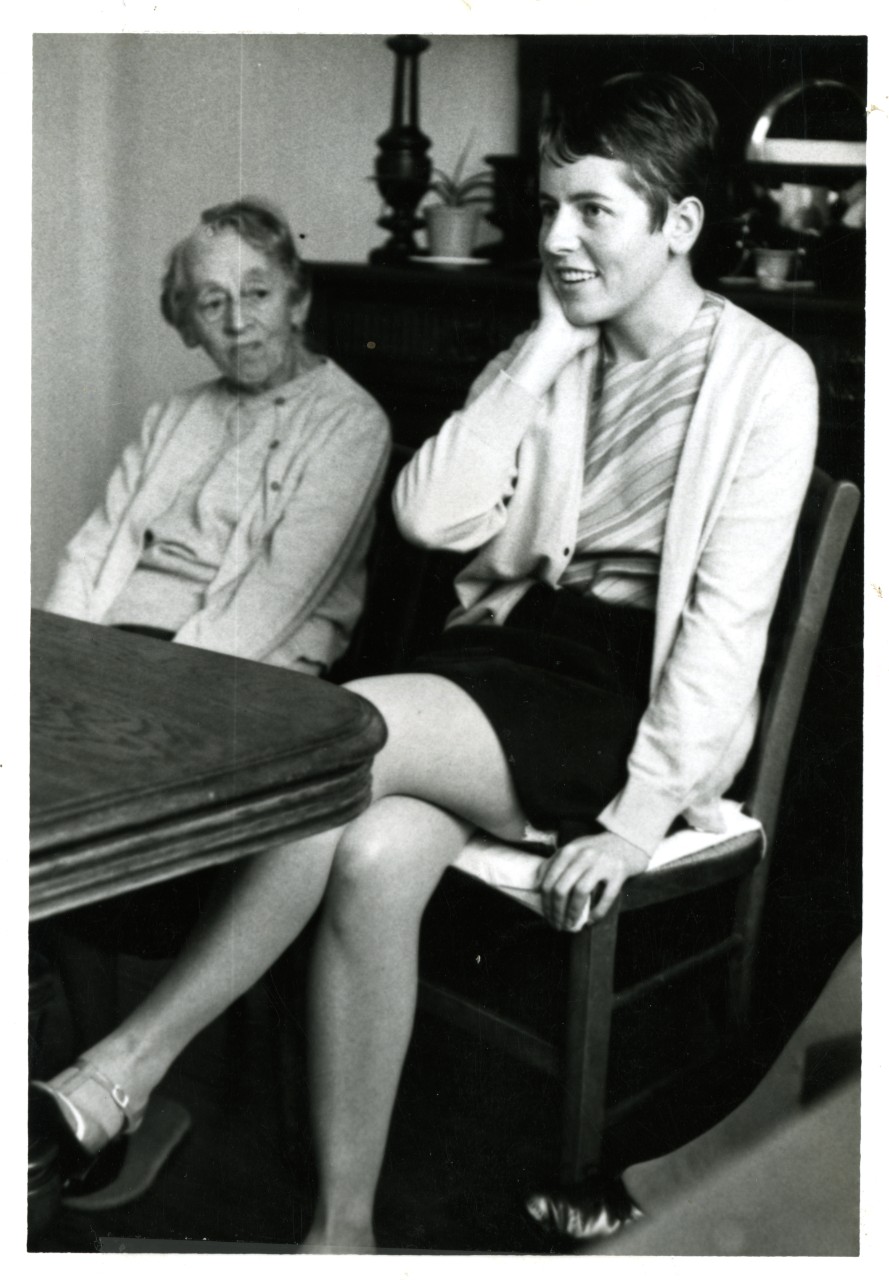 Sea Bee Paule Fouchard, with her aunt Hulmel being interviewed in their St. Lo home, 1967. 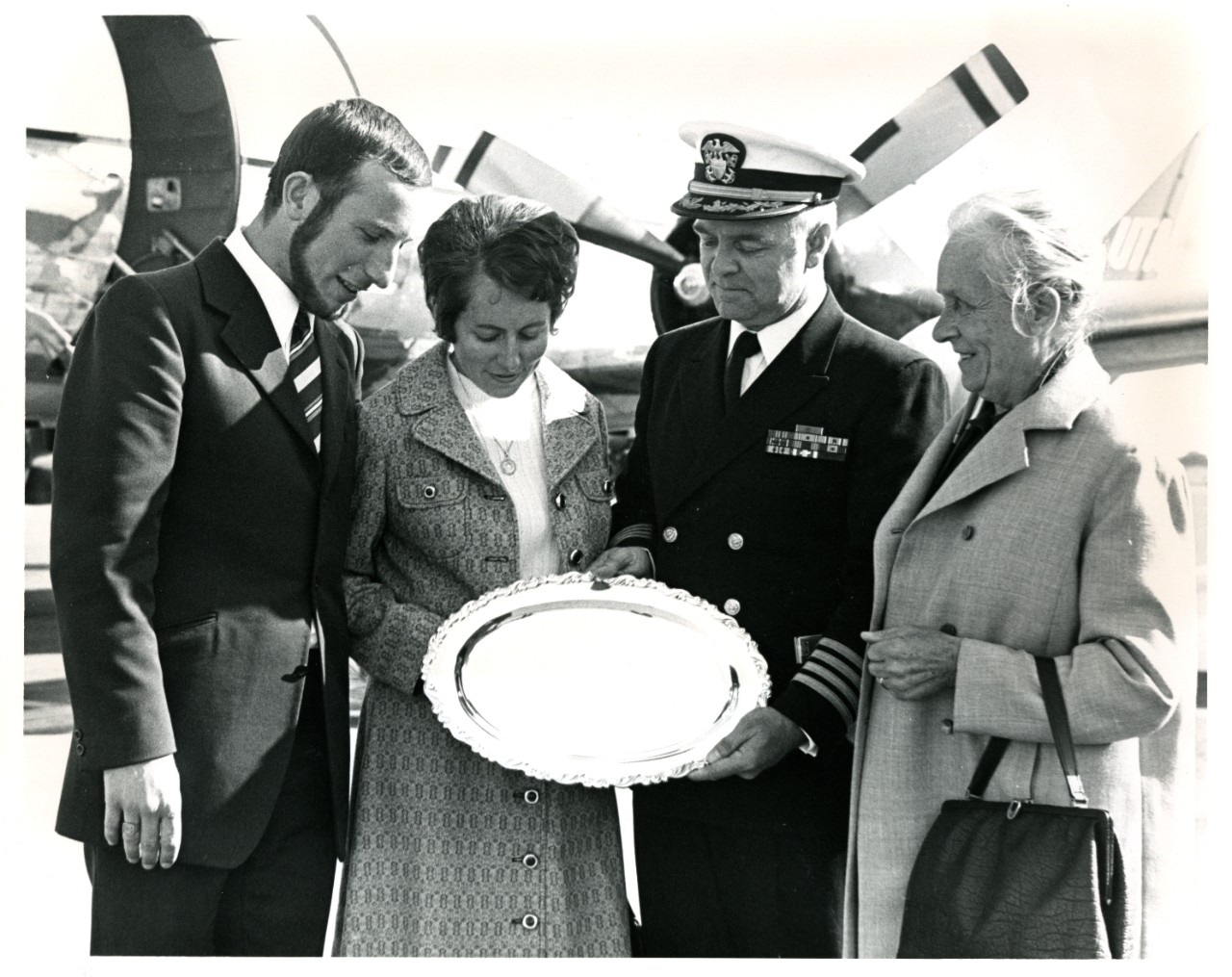 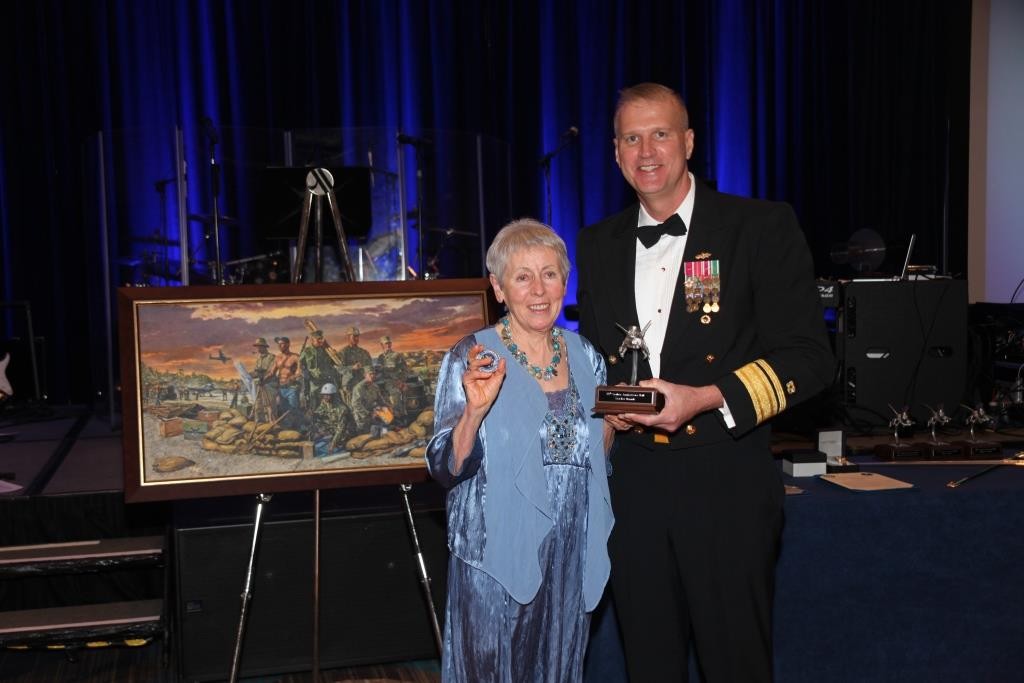