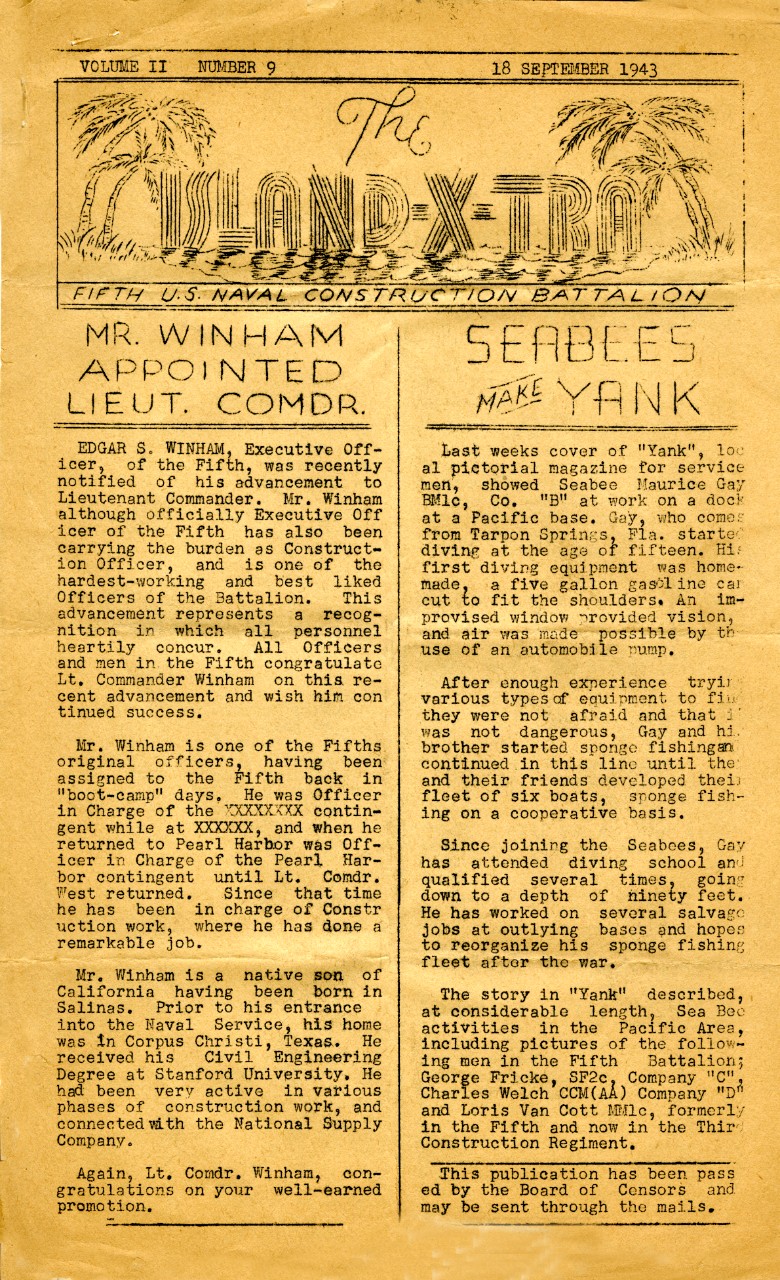 "Island X" represented to every Seabee the deployment location where they served during World War II. It may have been a small island, or it could have been Africa, Great Britain, Sicily, South America, Iceland, or Alaska.

Maintaining base location annonymity was essential to victory. In an effort to preserve secrecy, Seabees used the name "Island X" to describe their location when writing home or creating base or command newsletters.