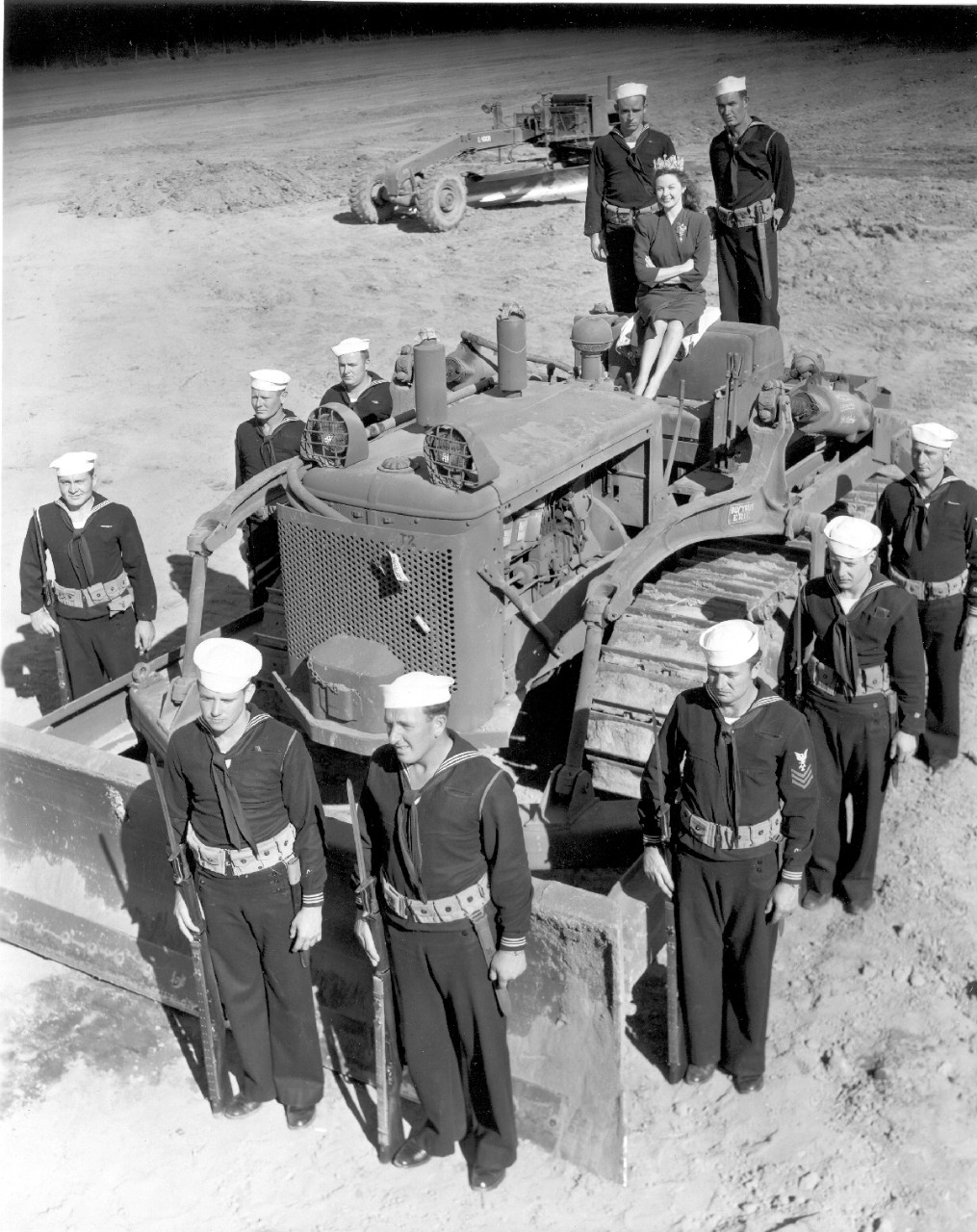 Susan Hayward perched on top of her throne – a symbolic Seabee bulldozer - is crowned the first Seabee Queen by the enlisted men of CBMU 515, November 1943. The first “Queen of the Seabees” was officially welcomed to Camp Rousseau by Capt. H.P. Needham, CEC, USN, and crowned by F1c Clarence Wofford and MM2c William Murray.

Beginning in 1943, Seabees at Port Hueneme hosted an annual birthday celebration called the Seabee Ball to commemorate the founding of the Naval Construction Force. As part of those celebrations the oldest and youngest Seabees on the base were recognized and a Seabee Queen was selected to preside over the festivities.

The first woman selected as Seabee Queen for Port Hueneme was Susan Hayward, John Wayne’s co-star in The Fighting Seabees. The Hollywood actress reigned as the official Queen of the “Bees” from 1943 until 1946, when a new queen was chosen. Every year thereafter, Seabees nominated wives, girlfriends, daughters or movie stars and held an election for the new Seabee Queen.

In 1992, nearly twenty years after the first woman became a Seabee, the tradition was discontinued—a direct reflection of the changing expectations when celebrating the Seabee Birthday. 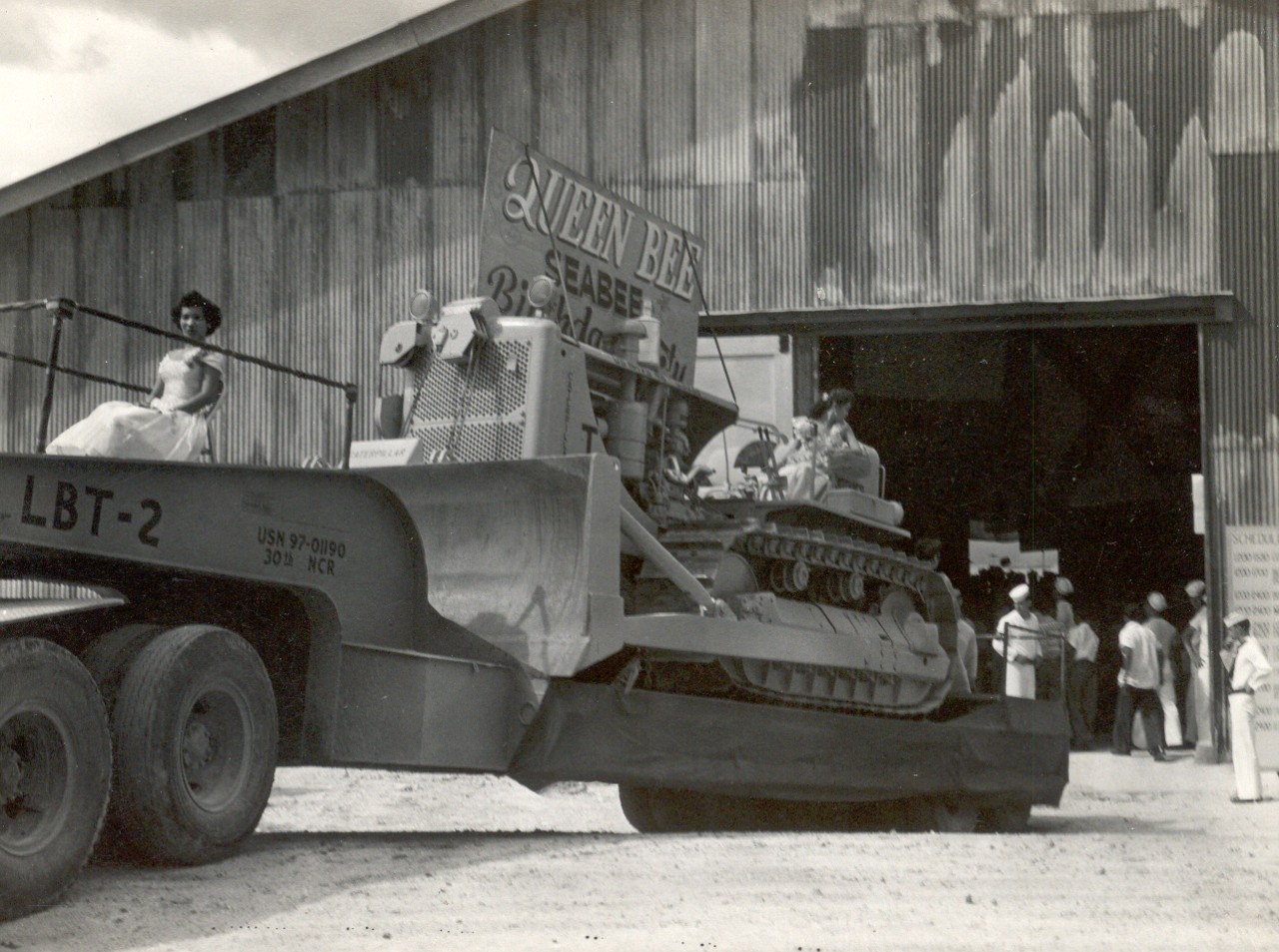 With the growth of Navy bases overseas in the 1950s, the Seabee Queen tradition spread. Wherever Seabees celebrated their birthday, they selected a woman to serve as their Queen during the Birthday Ball. Whether Seabees found themselves stationed in the Pacific, the Atlantic or some other far-off location, Seabee Queens were part of the traditional celebrations into the early 1990s.