Winning a Future War: War Gaming and Victory in the Pacific War 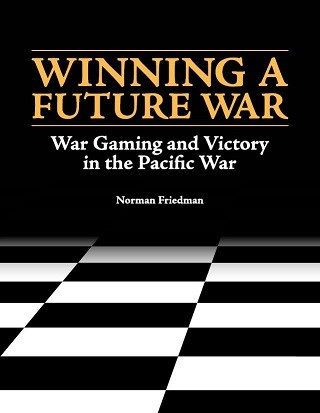 Between 1919 and 1941, the U.S. Navy transformed itself from a powerful if unsophisticated force into the fleet that would win a two-ocean war, from a fleet in which the battleship dominated to one based on carrier strike groups. The great puzzle of U.S. naval history is how this was accomplished. Well-known naval analyst Norman Friedman trenchantly argues that war gaming at the U.S. Naval War College made an enormous, and perhaps decisive, contribution. For much of the inter-war period, the Naval War College was the Navy’s primary think tank. War gaming was the means the college used to test alternative strategies, tactics, evolving naval aviation, and warship types in a way that the Navy’s full-scale exercises could not. The think tank perspective taken by this book is a new way of looking at the inter-war Naval War College and the war games that formed the core of its curriculum. Although the influence of both the Naval War College’s gaming and of the college itself declined after 1933, most of the key decisions shaping the wartime U.S. Navy had already been taken. The two most important ones were on the role of naval aviation and the form the U.S. war plan against Japan ultimately assumed. As shown here, U.S. naval commanders successfully applied the lessons learned from war gaming to victorious operations in World War II.

Download a free digital edition or order a hardcover copy from the Government Publishing Office bookstore.