These studies analyze past combined operations, providing context for current challenges and identifying factors key to the success of such partnerships. The studies present lessons learned from past operations to inform the development of effective partnerships today to maintain the security of the maritime domain. 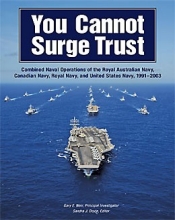 In this study, naval historians from Australia, Canada, the United Kingdom, and the United States explore how their navies created an effective multinational, or "combined," framework of interoperability while under national rules of engagement. The authors address cases including maritime operations during the First Gulf War (1990-1991) and later (2001-2003) as part of Operation Enduring Freedom; off the Federal Republic of Yugoslavia in Operation Sharp Guard (1991-1996); and in East Timor during Operation Stabilise (1999-2000). This multinational naval force's success in each crisis depended not just on shared doctrine, training, tactics, and technology, but on the trust its sailors built in combined operations over time.

Networking the Global Maritime Partnership
Sea Power Series: 2014
by Stephanie Hszieh, George Galdorisi, Terry McKearney and Darren Sutton
(Note: This is a publication of the Sea Power Centre-Australia, provided to NHHC courtesy of the Centre.)
Available in PDF (1.57 MB) 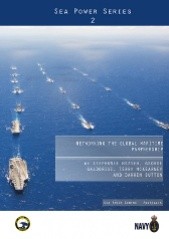 This study focuses on the technical aspects of maritime partnerships, providing a historical perspective to inform understanding of the evolving nature of partnerships today. Beginning with an overview of naval communications, the study outlines the increasing technological challenges involved in partnership efforts. Looking ahead, the study discusses implications of these emerging challenges on development of effective partnerships to ensure maritime security in the twenty-first century.