The U.S. Navy and the Cuban Missile Crisis 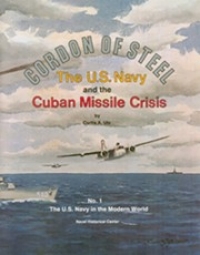 This monograph first appeared in 1993 and was later reissued in relation to the fortieth anniversary of the Cuban Missile Crisis. In that confrontation, the United States and the Soviet Union came as close as they ever would to global war. During this dramatic and historic event, the U.S. Navy demonstrated its value for resolving international crises. By forcefully employing naval forces, President John F. Kennedy was able to prevent the development of Fidel Castro's Cuba as an offensive bastion and to ensure the withdrawal of Soviet nuclear-armed ballistic missiles from the island. The illustrated booklet features 60 photographs, maps, charts, and Navy art.