A History of the U.S. Seventh Fleet 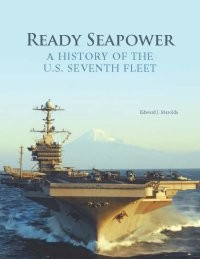 This historical study covers the service in the Asia-Pacific region of the U.S. Seventh Fleet during the 20th and 21st centuries. The Fleet saw combat in nearly every major battle of World War II in the Pacific and was in the forefront of U.S. forces involved in Korea, Vietnam, and the Arabian Gulf. Today the Fleet acts as a deterrent to aggressor nations, participates in joint and combined exercises, conducts counterterrorism and antipiracy operations, and provides humanitarian assistance as well as disaster relief. Partnering with its Asian allies, the Fleet maintains peace and stability in the region, patrolling the ocean commons to keep vital waterways open for commerce.