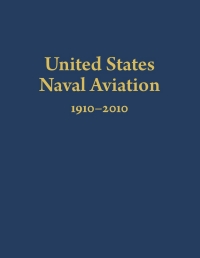 With nearly 1,300 pages comprising the set, the free PDFs have been broken up into 23 smaller sections: by chapter for Volume I and by part for Volume II.

United States Naval Aviation 1910–2010 is the fifth and final hardbound edition of the series, which was initiated in 1960. That first issue celebrated the first 50 years of United States naval aviation and this two-volume set commemorates the centenary. Previous editions have proved an invaluable first-stop research tool to aviation, naval, and military historians. This edition breaks U.S. naval aviation history into two volumes: Chronology and Statistics. Both have greatly increased content over the previous edition beyond simply including years not previously covered. New and expanded research make these the definitive volumes on U.S. naval aviation’s first century.