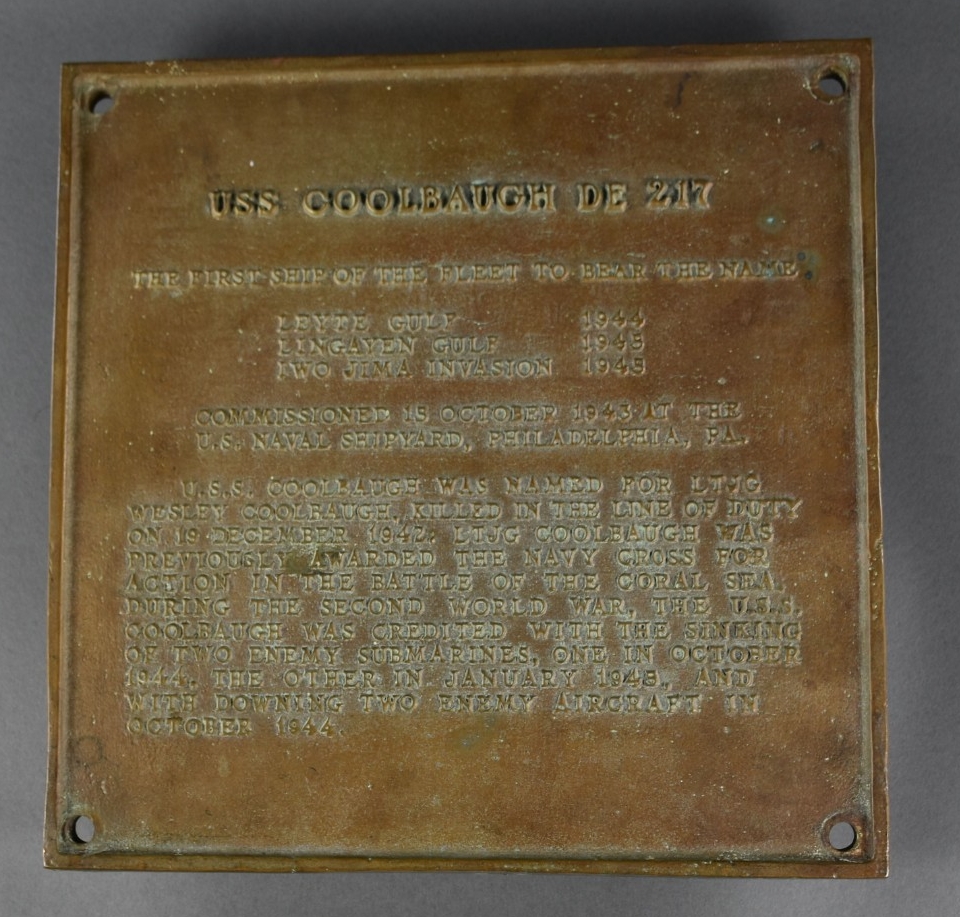 One bronze historical data plaque from the USS Coolbaugh (DE-217). The plaque lists significant battles with historical data for the ship below. Plaque reads as follows "USS Coolbaugh DE 217 / The First Ship of the Fleet to Bear the Name / Leyte Gulf 1944 / Lingayen Gulf 1945 / Iwo Jima Invasion 1945 / Commissioned 19 October 1943 at the / U.S. Naval Shipyard, Philadelphia, PA. / U.S.S. Coolbaugh was named for LTJG / Wesley Coolbaugh, Killed in the line of duty / On 19 December 1942. LTJG Coolbaugh was / Previously awarded the Navy Cross for / Action in the Battle of the Coral Sea / During the Second World War, The U.S.S. / Coolbaugh was credited with the sinking / of two enemy submarines, one in October / 1944. The other in January 1948, and / with downing two enemy aircraft in / October 1944."

The USS Coolbaugh provided escort services through October 1944 where she joined the 7th fleet for the Battle of Leyte Gulf. Through the battle she guarded escort carriers and was part of the Battle of Samar as part of Taffy 1. Taffy 1 was commanded by Rear Admiral Thomas L. Sprague. Historical data plaques such as this are installed on ships to help provide a place for the ship's crew to learn about the history of the ship and commemorate those that have come before.