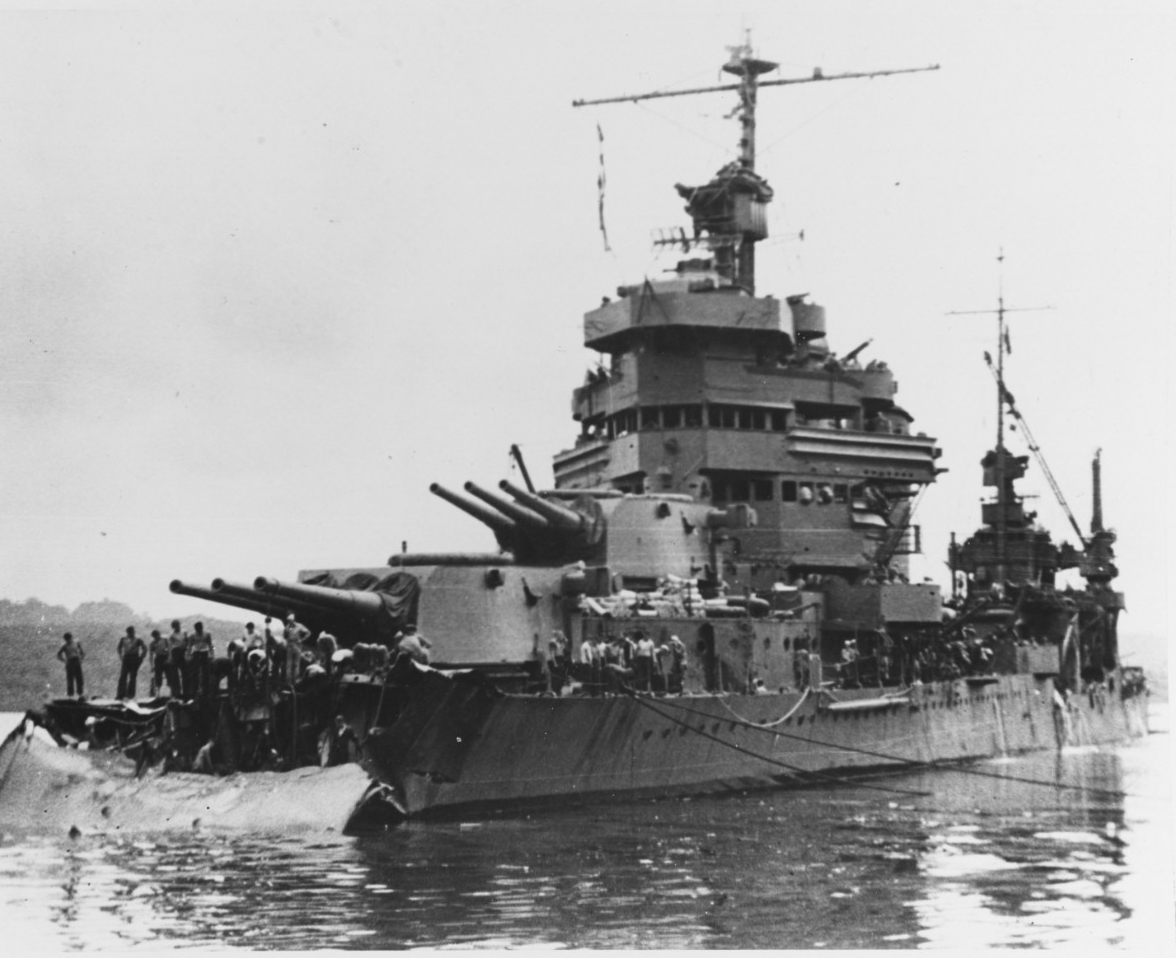 Minneapolis (CA-36) at Tulagi with torpedo damage received in the Battle of Tassafaronga. Photograph was taken on 1 December 1942, as work began to cut away the wreckage of her bow (80-G-211215). 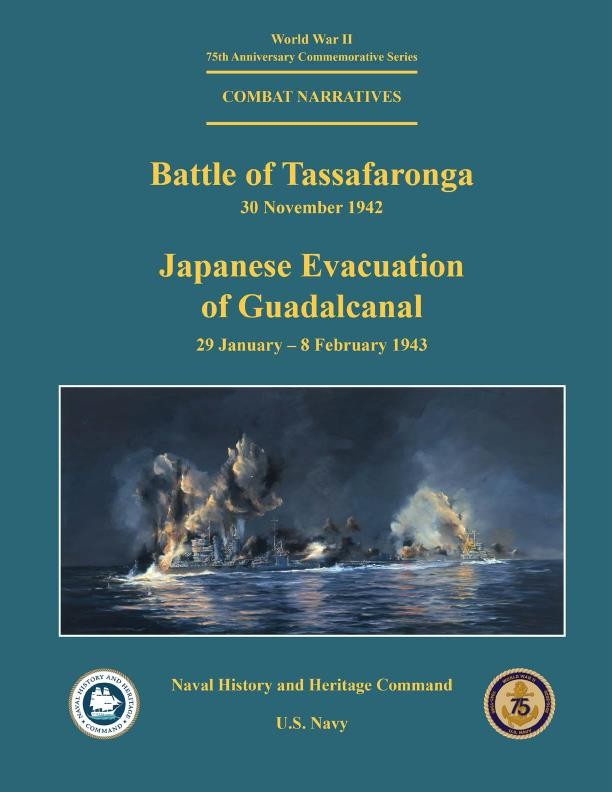 The engagement took place in the so-called Ironbottom Sound off Tassafaronga Point on Guadalcanal’s northern coast. A U.S. Navy task force attempted to surprise and destroy Japanese cruisers and destroyers dispatched to resupply Japanese ground forces on Guadalcanal. Utilizing their still relatively new surface-search radar, the U.S. task force located the Japanese ships and sank an enemy destroyer. However, the other Japanese warships reacted quickly and fired numerous very effective Type 93 “Long Lance” torpedoes, sinking one U.S. cruiser and heavily damaging three others. The Japanese were able to escape, but also did not land their supplies and reinforcements, with deleterious effects for their forces on Guadalcanal.