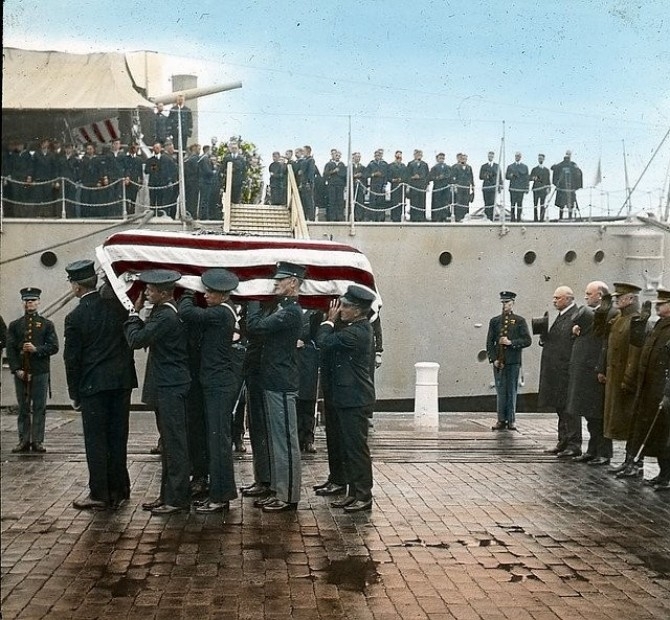 NHHC Hosted Symposium for 100th Anniversary of the Return of the Unknown Soldier to U.S. Soil

On Nov. 9, NHHC hosted a special symposium at the National Museum of the U.S. Navy to commemorate The Return of the Unknown Soldier to U.S. soil. On Nov. 9, 1921, the remains of an anonymous World War I Soldier arrived at the Washington Navy Yard from France. He was the first of three who rest in the Tomb of the Unknown Soldier at Arlington National Cemetery. While many are familiar with the Unknown Soldier, many are not aware of the role the U.S. Navy played in the story or how cruiser Olympia transported the Soldier. At the symposium, guests listened to several panel presentations about the Navy’s role, and the difficult voyage the ship experienced during her return from France. “Exactly 100 years ago today, Olympia, her crew, and a small Marine detachment completed a challenging voyage to return the Unknown Soldier home,” said NHHC Director Samuel J. Cox. “Today, we recognize and commemorate the bravery of all Sailors, Marines, and Soldiers involved in returning one of our own.” Attendees also had the opportunity to observe an NMUSN exhibit dedicated to their efforts. For more on the commemoration, read the article. 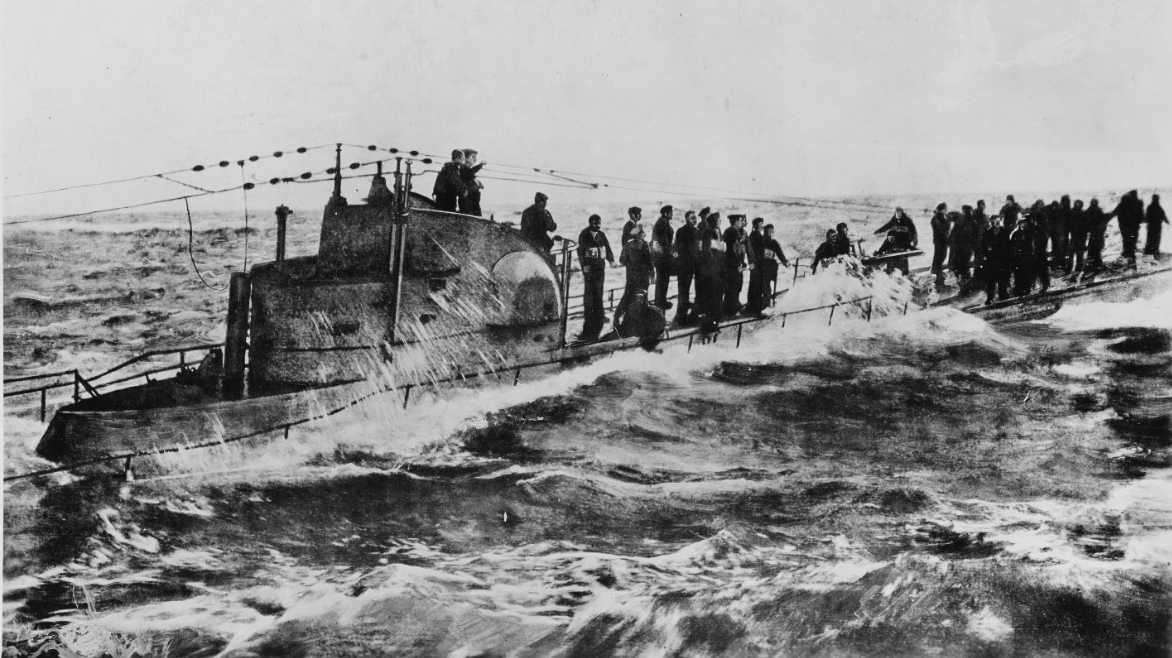 On Nov. 17, 1917, destroyers Fanning and Nicholson were the first U.S. Navy ships to sink a German submarine during World War I: U-58, off Milford Haven, Wales. Fanning had been at sea for five days when at approximately 4:20 p.m., the bridge lookout spotted a periscope about 400 yards away. U-58 crossed the destroyer’s bow, and Fanning gave chase, ringing down full speed and swinging the ship into position over the enemy boat. After dropping depth charges that wrecked U-58’s motors, diving gear, and oil leads, the boat plunged to 200 feet before blowing ballast for a hurried ascent. Nicholson dropped another charge close to the sub and scored another hit, then opened fire with her after gun. Fanning followed suit and scored several hits on the German boat. After a third attack by Fanning, the enemy submarine’s hatch flew open and German sailors quickly clambered onto the deck with their hands in the air. 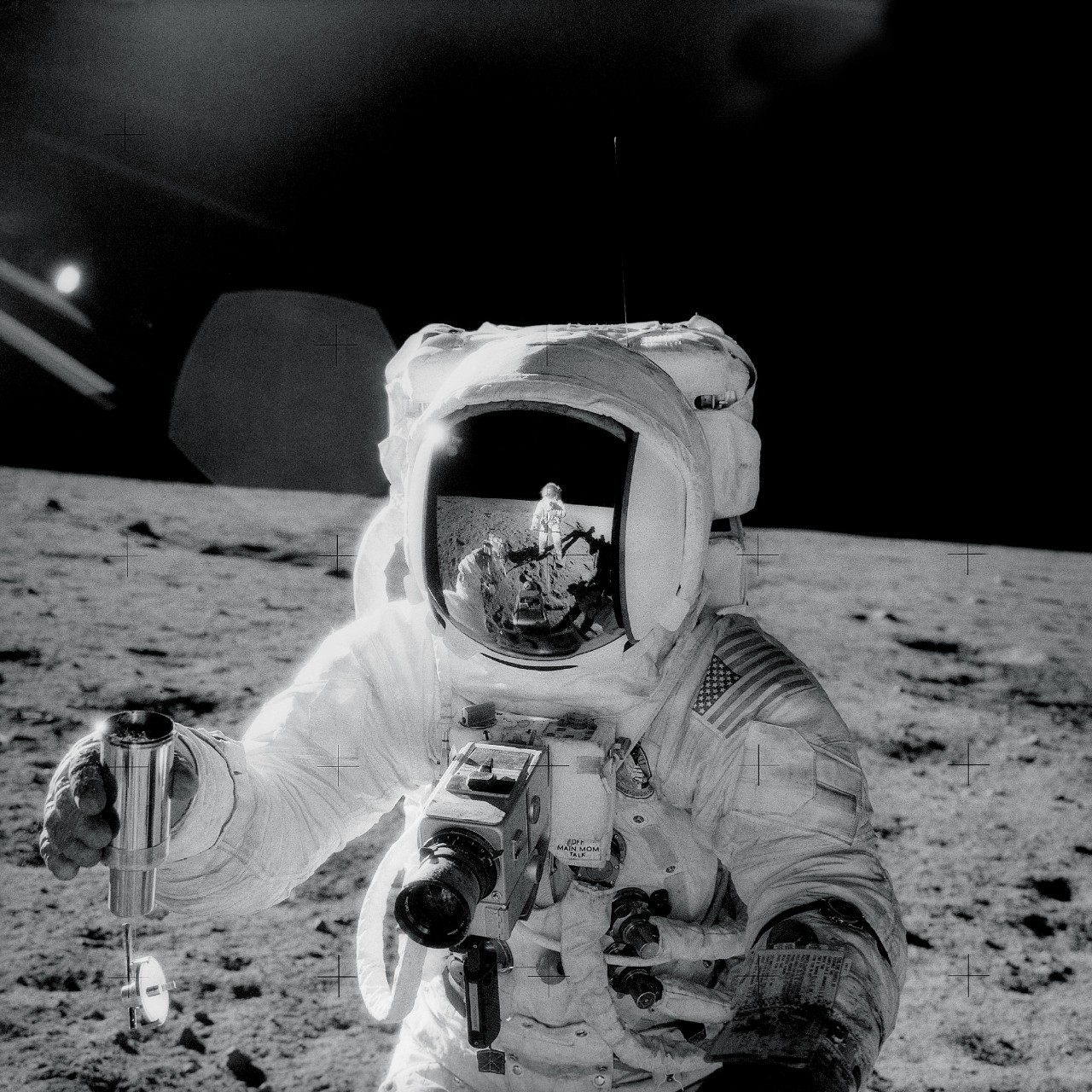 Navy Astronauts Walk on the Moon

On Nov. 19, 1969, Navy astronauts Cmdr. Charles Conrad, Jr., and Cmdr. Alan L. Bean became the third and fourth men to walk on the moon as part of the Apollo 12 mission. Cmdr. Richard F. Gordon Jr., command module pilot, remained in lunar orbit. During the mission that lasted 10 days, 4 hours, and 36 minutes, the all-Navy crew collected lunar samples and photographed future landing sites. The flight back home was uneventful, but the crew did hold a televised news conference on Nov. 23, when their spacecraft was about 108,000 miles from Earth. On Nov. 24, Apollo 12 ended its flight by splashing down 400 miles southeast of American Samoa in the Pacific Ocean. Recovery was by HS-4 helicopters from USS Hornet. For more on the Navy’s role in space exploration, visit NHHC’s website. 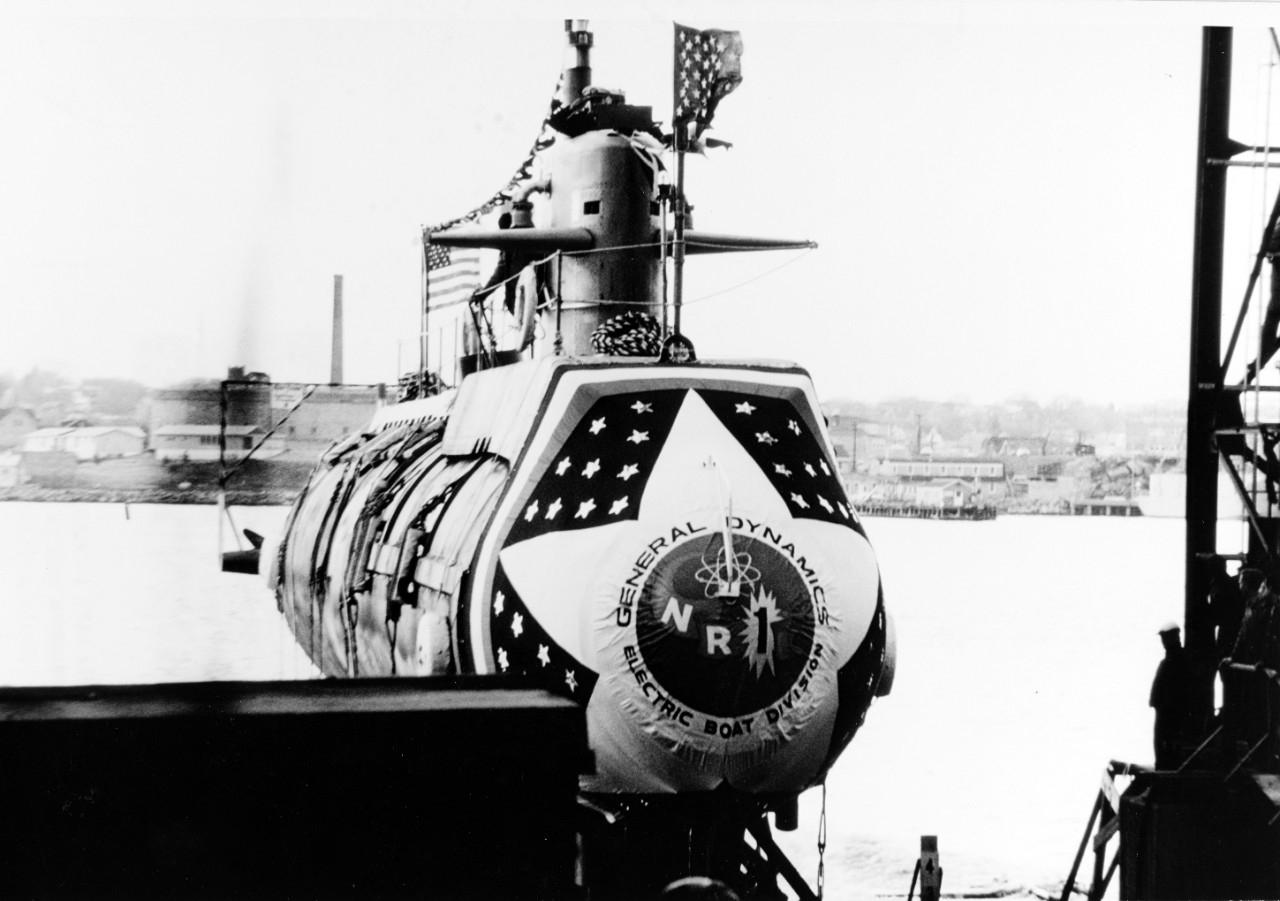 It’s a constant challenge museums face: fulfilling the mission of collecting more artifacts than they have room to display. The advent of online platforms like social media, websites, and photo-sharing sites has substantially increased virtual access to artifact collections. However, there’s a catch—artifacts must be digitized to be shared online. Over the last year, the Naval Undersea Museum has worked to digitize one of their largest and most significant artifacts—the control room equipment from NR-1. NR-1 was unique as the U.S. Navy’s only nuclear-powered research submersible. Over her nearly 40 years of service, NR-1’s crews carried out a host of classified and unclassified operations. Highlights of her unclassified missions included identifying and raising components of Space Shuttle Challenger in 1986 and investigating the wreckage of the Civil War ironclad Monitor in 2002. She was deactivated on Nov. 21, 2008. The NUM acquired her control room in May 2018, but the equipment’s large size and gallery constraints precluded its display in the short term. Then, The Arc/k Project, a non-profit organization that digitally preserves cultural heritage in 3D, offered to digitize artifacts as 3D models. The museum had previously worked with The Arc/k Project to digitize various artifacts in 2016. The museum enthusiastically hosted a team from the non-profit in October 2020 to photograph NR-1’s control room. For more on the project, read the blog by NUM’s Mary Ryan at The Sextant. 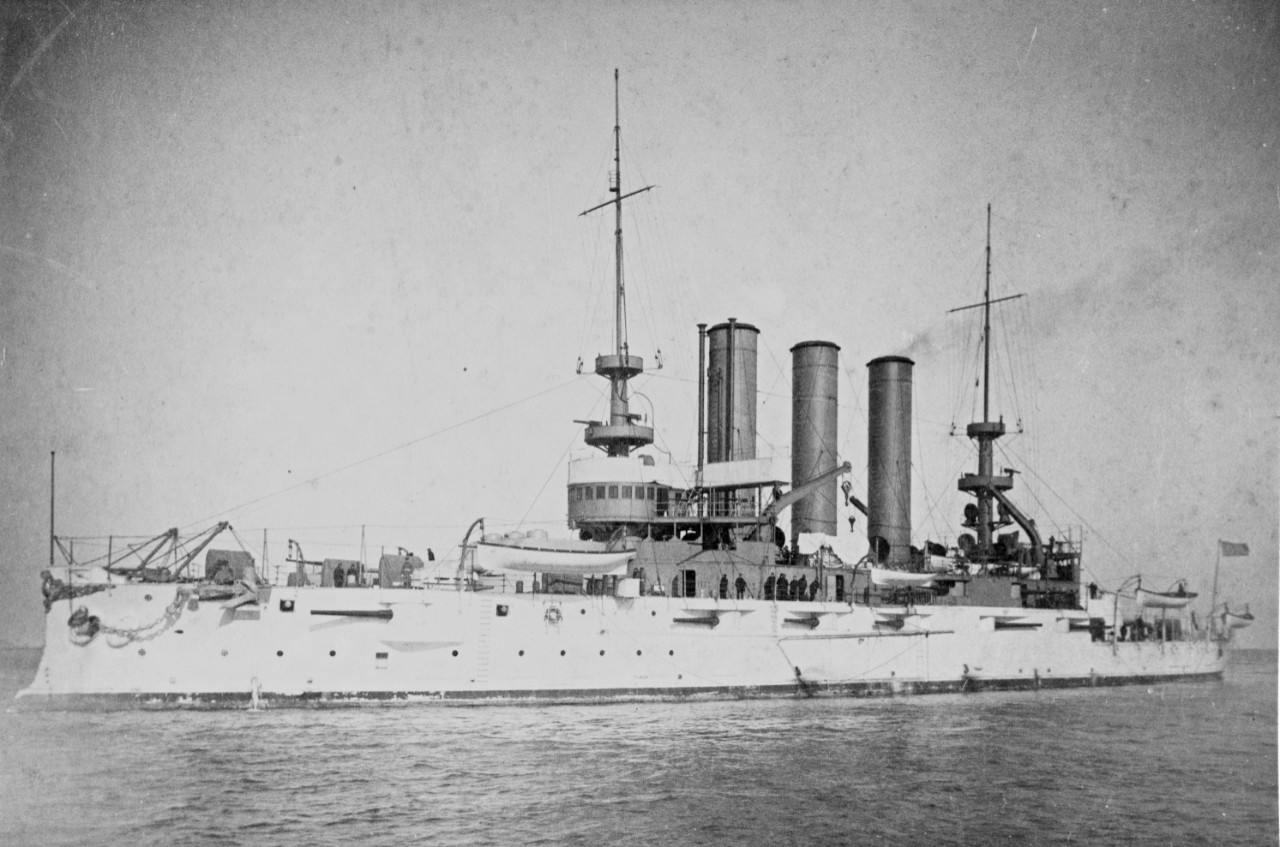 On Nov. 18, 1889, the battleship Maine launched at the New York Navy Yard, and was later commissioned on Sept. 17, 1895, at the same location. At the time, Maine and her sister ship Texas were considered advancements in American naval design. They were built in reaction to the acquisition of modern armored warships by several South American countries. In late 1897, Maine, along with ships of the North Atlantic Squadron, prepared for a voyage to Havana, Cuba, to “show the flag” and to protect American citizens in the event of violence in the Spanish struggle with the revolutionary forces in Cuba. On Jan. 25, 1898, Maine commanding officer Capt. Charles D. Sigsbee dropped anchor in the center of the Havana port and remained on vigilant watch for a couple of weeks. On the evening of Feb. 15, a tremendous explosion rocked the battleship, sinking it, and killing most of the crew. The incident was one catalyst for U.S. involvement in the Spanish-American War. For more on the sinking of Maine, visit NHHC’s website. 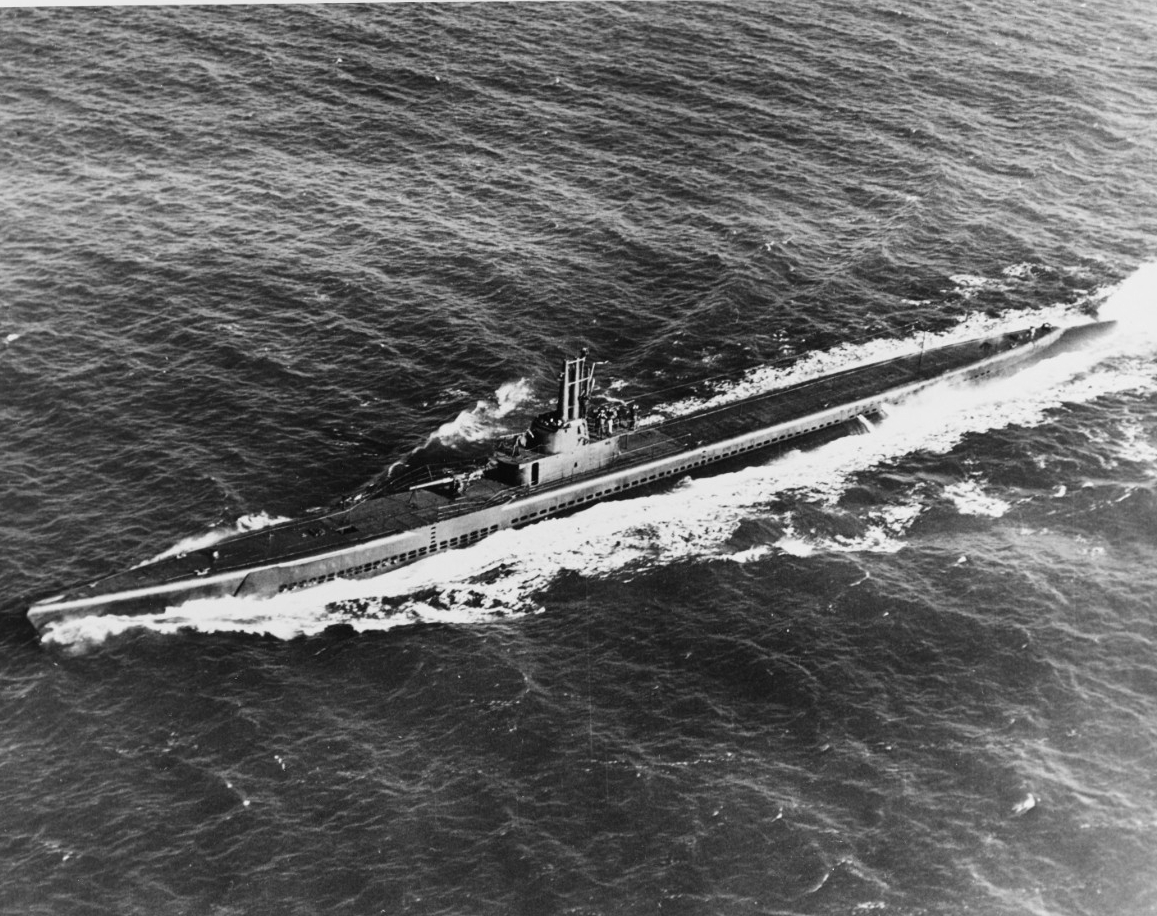 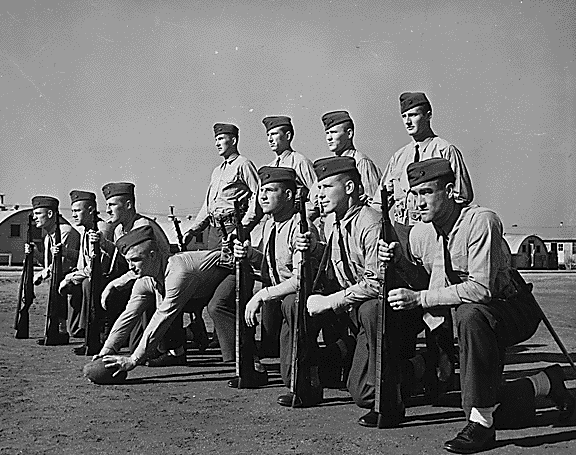 During World War II, football fields were viewed as proving grounds that the military fielded to compete against top college programs. In the national rankings, teams such as the Iowa Pre-Flight Seahawks and the Fort Knox Armoraiders outranked the likes of perennial powerhouses such as Notre Dame, Michigan, and Ohio State. With its tactical formations, violent turf battles, and employment of military terminology such as “blitz” and “bomb,” football was thought to instill toughness, leadership, and teamwork. “Football! Navy! War! At no time in history have these words been more entwined and intermeshed than they are now,” declared Cmdr. Thomas J. Hamilton, head of the U.S. Navy’s pre-flight and physical training program and former U.S. Naval Academy football coach. The Naval Academy and West Point boasted all-star lineups such as future Pro Football Hall of Famers Otto Graham, Marion Motley, and Elroy “Crazylegs” Hirsch. Even the coaching ranks boasted legends. Before becoming an icon at Alabama, Paul “Bear” Bryant served as an assistant coach for the Georgia Pre-Flight Skycrackers and North Carolina Pre-Flight Cloudbusters. Future Oklahoma coach Bud Wilkinson was an Iowa Pre-Flight assistant. For more, read the article. For more on Navy Athletics, visit NHHC’s website. 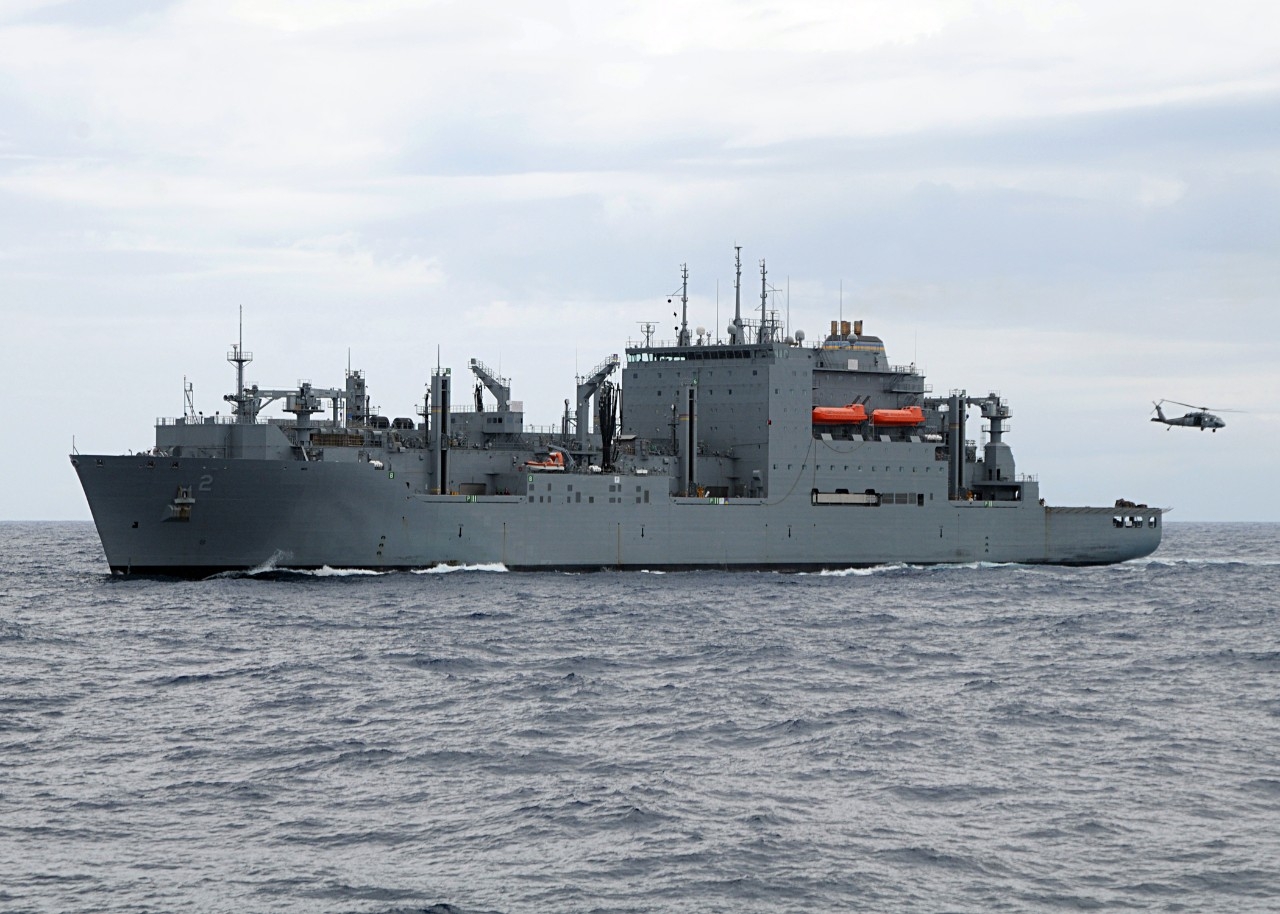 In celebration of National American Indian Heritage Month, this week’s Webpage of the Week is the Guide and Interpreter Sacagawea page located under NHHC’s namesakes. USNS Sacagawea proudly bears the name of the Shoshone Native American girl, who acted as guide and interpreter for Lewis and Clark on their expedition into the northwest region of the United States. President Thomas Jefferson made the Louisiana Purchase from France in 1803. He wanted explorers to survey the landscape, learn about Native American tribes, and make maps. He turned to Meriwether Lewis to head the “Corps of Discovery.” Lewis chose William Clark, who was his friend and former military superior, to accompany him. Sacagawea and her husband proved invaluable in helping Lewis and Clark explore the newly acquired region. For more, check out the page today. 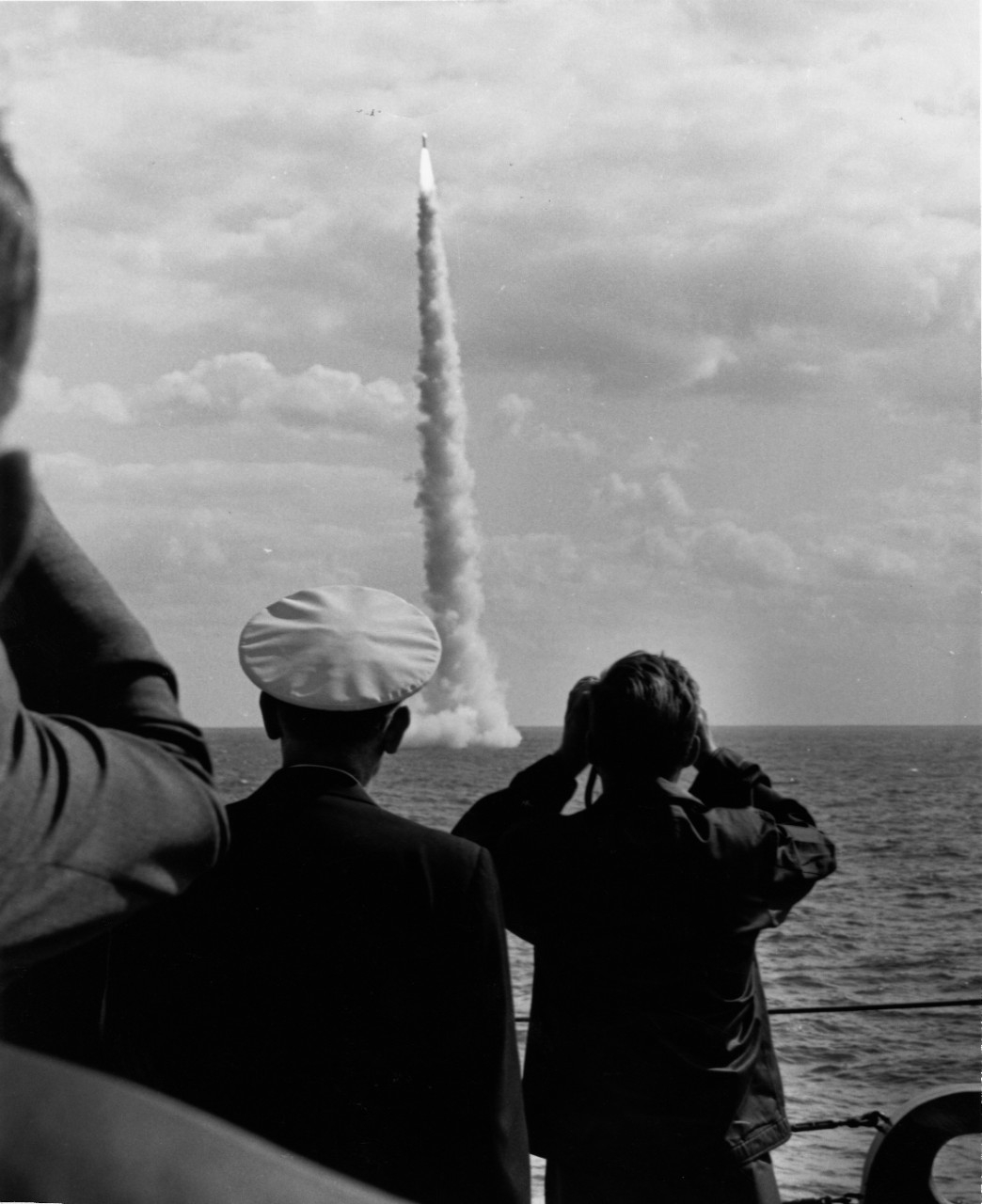 On Nov. 16, 1963, President John F. Kennedy, on board USS Observation Island, witnessed the launch from a point off Cape Canaveral, FL, of a Polaris A-2 missile by Lafayette-class submarine USS Andrew Jackson. The president congratulated Cmdr. James B. Wilson and his Gold crew for “impressive teamwork.” The launch was six days before Kennedy’s assassination on Nov. 22, 1963. Previously, Andrew Jackson, during shakedown training on Oct. 1 and 11, 1963, successfully launched A-2 Polaris missiles. On Oct. 26, she sent A-3X Polaris missiles into space in the first submerged launch of its type. She repeated the feat on Nov. 11. From 1963–1967, the Navy built 19 Lafayette and James Madison-class and 12 Benjamin Franklin-class ballistic-missile submarines. Later, all of them were converted to Poseidon missile capability. The Poseidon (C-3) weighed nearly twice as much as the Polaris A-3, but carried four times the payload while increasing accuracy to a circular error probability of a quarter mile. Moreover, it was capable of a longer range and could incorporate multiple independently targeted re-entry vehicles, or MIRV technology, meaning one missile could deliver multiple warheads to multiple targets.